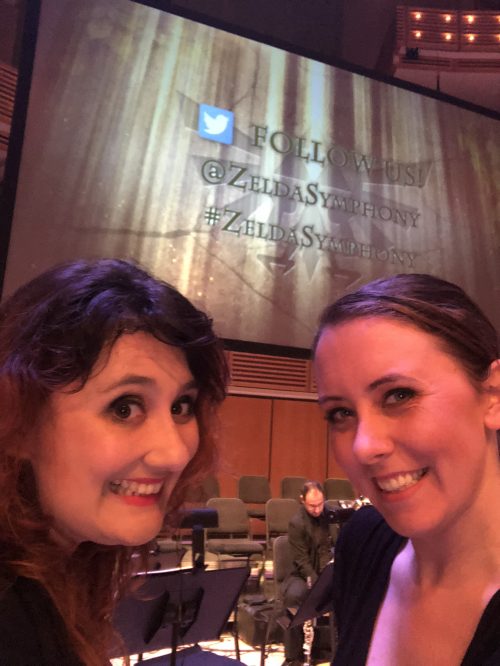 Rosanna Moore and Kristina Finch aim to take audience members on a journey across the globe in their upcoming performance, “Around the World in 94 Strings,” which will take place Tuesday, July 24, at 7:30 p.m. in Hatch Hall. From London, to Wales, to India, the harp duo Artemis 94 will be performing a little bit of everything, with compositions ranging from theatre pieces to traditional solo works.

The show’s featured instrument, the harp, is what inspired the title of the performance as well as the duo’s name. “We called it ‘Around the World in 94 Strings’ because pedal harps have 47 strings each, so add them together that makes 94,” Moore explains. She further emphasizes that the duo’s name, Artemis 94, is derived from the specific harp both her and Finch play. “We both have the same model of harp, Salvi Diana’s, and a lot of Salvi harps are modeled after Greek gods and goddesses. Ours represents goddess Diana and one of the aliases for Diana was the name Artemis, so we picked that, and 94 comes from the 47 strings on each harp.”

Both having attended the Eastman School of Music, Moore and Finch overlapped for one year during their time in Rochester, studying under Kathleen Bride who is a Professor of Harp.

Meeting Professor Bride when she was 12 years old, Moore knew that one day she would working with the incredible professor. “I played a little jazz piece for Ms. Bride and I remember her turning around at the end of this jazz piece and going, ‘That is so cute!’ Then I turned around and said, ‘I’m going to study with you someday!’”

At the age of four, Moore was putting on homemade concerts for her family that included dance, piano, and vocal features. By the age of eight, when Moore first began learning how to play the harp, there was no doubt she was meant to be a performer. “When I was younger I just loved performing and I loved being on stage, I’ve always been drawn to both theatre and music and that just ended up lending itself to harp playing.”

Before attending college, Moore spent five years at a specialist music school, the prestigious Chetham’s School of Music. She continued her studies at the Royal Northern College of Music in Manchester, where she did her undergraduate work, and completed her Master of Music in 2014 at the Eastman School of Music, where she is set to complete her Doctor of Music Arts (DMA) this year. 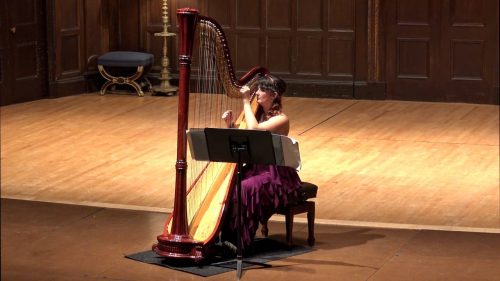 Moore is currently a Harp Instructor at the Eastman Community Music School as well as a Professor of Harp at Nazareth College. Working with a variety of students, ranging from children to adults, Moore finds the experience to be very inspiring. “I love hearing what everyone wants to do since every single student brings something different to the table.”

Also a founding member of Trio Alexander, a flute, viola, and harp trio, Moore leads a very busy schedule as a professor and performer, yet has discovered that the two careers complement each other nicely. “I think to be a good teacher you have to keep up a performance schedule and vice versa, I think to inform your performing it’s good to teach.”

Finch, who graduated with her Bachelor of Music from Eastman in 2008, attended Florida State University for her Masters work. Upon completion, Finch returned to Eastman to complete her DMA in 2015.

Starting to play the harp at the age of eight, Finch describes how, at the time, it allowed her to communicate with individuals on a new level, and still has that effect today. “I keep coming back to music time after time because it allows me to express myself in a genuine way. It’s a whole other way of connecting with people from all different walks of life.”

Through her time spent at Eastman, Finch was enamored by the atmosphere and level of camaraderie that existed at the school. Not only developing the musical skills she needed to succeed as a musician, Finch explains how Eastman taught her the importance of community, which has consistently played a role in her life and career.

“Everywhere I’ve gone there’s always Eastman alumni, and you have this connection with them. Since there’s a lot of competition between musicians, we don’t often support each other and lift each other up, but at Eastman it is a family and that’s so important in our field.” 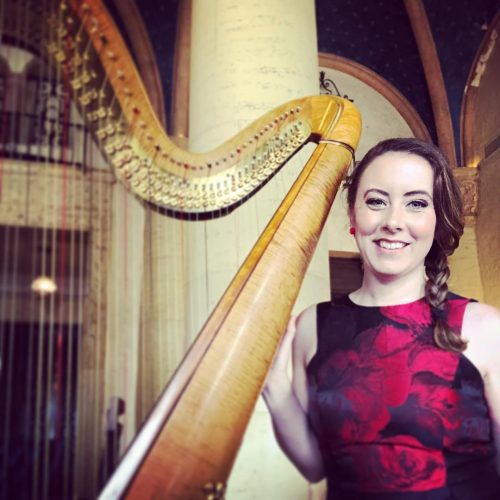 Now a freelance musician in Miami, Florida, Finch has found the position to be truly fulfilling thus far. With a lot of hustle needed to make a name for herself in a city with a somewhat limited classical community, Finch has learned the power of flexibility through her work as a soloist and with other ensembles. “You have to be flexible as a musician in this world, it’s really the only way you can survive as a freelance musician. Doing your job, showing up on time, that’s the best way to succeed.”

Both Moore and Finch further mention the importance of being a kind and pleasant person when carving out a career path, especially when working in the music industry. Finch notes, “One of the biggest things I’ve learned as a freelance musician is the power of kindness. It’s not always easy to find kind people who can play their instruments.”

Moore echoes her partner’s insights, agreeing that it is a valuable trait to have in the industry. “Just being a nice person really counts for a lot. Be kind to people and they’re going to be far more likely to work with you in the future, especially if you do a good job on a piece as well. If you’re a good person, everyone’s just going to have a better time.”

With their hearts set on bringing about a new appreciation for the harp in their upcoming performance, Moore and Finch are delighted to be back at Eastman. “I’m excited to have the opportunity to play at Eastman again, it’s one of the halls I truly miss. I feel like I’m part of the centralized community, even if it’s just for a few days. It’s going to be a great concert,” Finch says.

The duo is looking forward to a performance unlike anything the school has seen before as the majority of the works that will be played are new repertoire that have never been performed at Eastman. The program features works including Caroline Lizotte’s Raga, Paul Patterson’s Scorpions (with stings in their tails), Monika Stadler’s Preseli Skies, and a work by Sean Calhoun, a current Eastman DMA student.

The duo emphasizes that “Around the World in 94 Strings” will demonstrate how the harp has the ability to accomplish much more than the stereotypical glissandos and arpeggios. The performance will even feature some percussive elements, including cymbals and ankle bells, to enhance the pieces.

Finch mentions, “I would like our audience to take away a new experience with the harp, a new knowledge base of what’s capable on the instrument. There is so much variety on the harp, with so many amazing sounds and aesthetics that people aren’t aware that you can make. We wanted to expand the sound palette from what people are used to.”

Summer @ Eastman presents Rosanna Moore and Kristina Finch in “Around the World in 94 Strings,” July 24, at 7:30 p.m. in Hatch Hall. For information about the show and ordering tickets, click here.