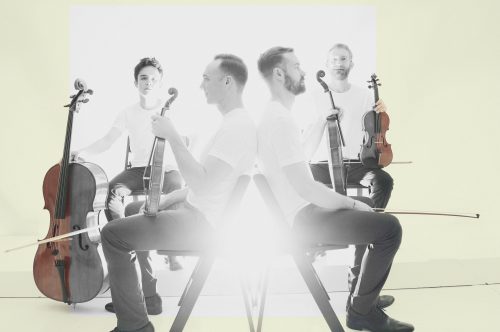 How did the quartet form at Eastman? Was the goal of the quartet to be a new music ensemble when it was founded?

As students interested in new music, we had all played together in various ensembles and chamber groups, but the formative experience was in 2004, when we went on a trip with Ossia to Morelia, Mexico, and played Helmut Lachenmann’s third quartet, Grido. Working on this challenging piece at Eastman and in Mexico with the composer was a bonding experience, and the following year we attended the Lucerne Festival Academy and played Grido and Xenakis’s Tetras. At that point we officially became JACK (an acronym of our first names, just as Grido is an acronym for the members of the Arditti quartet at the time Lachenmann wrote the piece).

I don’t think we explicitly stated a goal of focusing on contemporary music at the time, but it was kind of assumed, since all of us were avid performers of new music, and composers such as Lachenmann and Xenakis were rarely performed by quartets in the United States.

Since your inception, two new members have cycled through. Can you tell us what the quartet was like before and after the personnel change?

Despite the double change, I think our fundamental approach has been maintained, in that we seek out a wide variety of music that interests and challenges us, and try to stay as open-minded and curious as possible. We have had a lot of fun learning new repertoire together, and discovering new things in pieces John and I have played many times. Austin and Jay have brought new interests, relationships, and ideas into the mix, and we continue to broaden our perspective of new music.

What did you learn at Eastman that has really stuck with you and the group in your time together?

The spirit of exploration and collaboration between composers and performers to create new music was a big inspiration for me at Eastman. We have maintained many relationships formed at Eastman, and continue to develop new ones in the same spirit.

How does it feel to work with some of the premiere new music composers? What feeling do you get when you get to new play new music, especially when you premiere new work?

Premiering new works is exciting in that we are discovering something new together with the composer, and the act of interpretation is more closely linked to the act of composition. There’s a special sense of possibility in encountering sounds that have never been heard before.

Seeing student-lead groups like OSSIA play new music, what are some thoughts and feeling that come to mind?

I’m very happy – it’s crucial for vitality of the art form for the next generation of students to continue creating and performing new work. I’m particularly glad that OSSIA exists to give students experience creatively imagining programs and developing the organizational skills to realize their ideas. Our experience in OSSIA presenting and performing concerts was extremely helpful when it came time to develop our own organization. 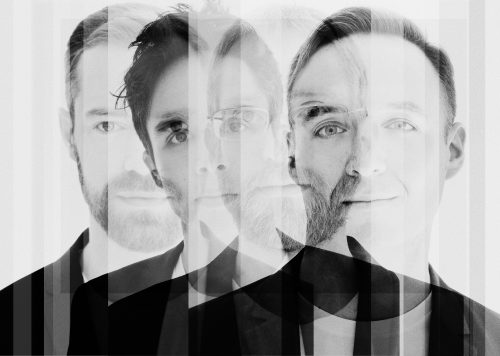