A Classic Eastman Trio: Bonita Boyd, Steven Doane, and Barry Snyder, in recital and in conversation

You have a long time personal and musical friendship. From the beginning, tell the story of how you all came to be friends, then collaborators.

Steven Doane: I first met Bonnie when I first joined the Rochester Philharmonic as the principal cellist in 1981, so that goes back a way long time.

SD: He was a wonderful boss, and I met Barry just about as soon as I landed here.

Barry Snyder: We’ve been around for a while, and Bonnie, we got together –

BB: We’ve been playing for years and years. Both duo concerts and sometimes as a trio. 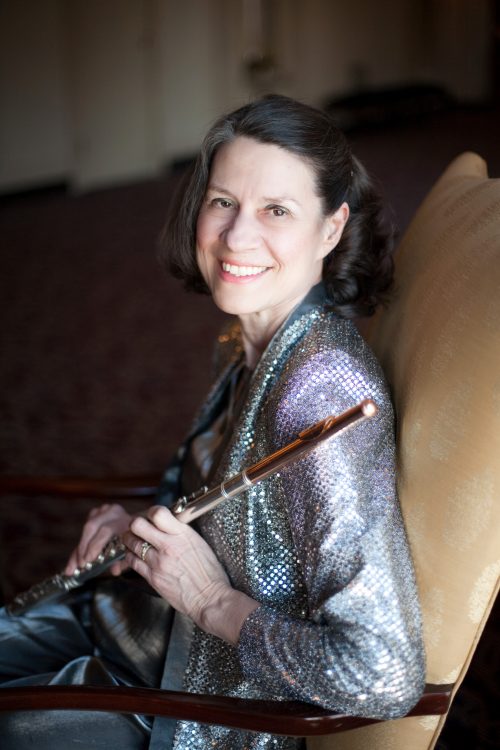 You’ve all been teaching at Eastman for a while. Should we just leave it at a “while?”

Congratulations to you all! What drew you first together as people? You have to like people to be able to play with them for this long!

BB: I can answer that right away. It’s their artistry. These are two of the greatest artists on their instrument (who are) living, as far as I’m concerned. It’s a joy to make music with them.

BS: Thank you very much. And with Bonnie.
SD: It’s mutual.

BS: This trio repertoire is great, and the sounds of flute, cello, and piano are very interesting, very beautiful. There’s a lot of good repertoire.

SD: It makes you do different things with your sound. Barry and I have been in a couple of trios together with violin, but it’s different with flute. It’s refreshing to explore that different kind of sonority. 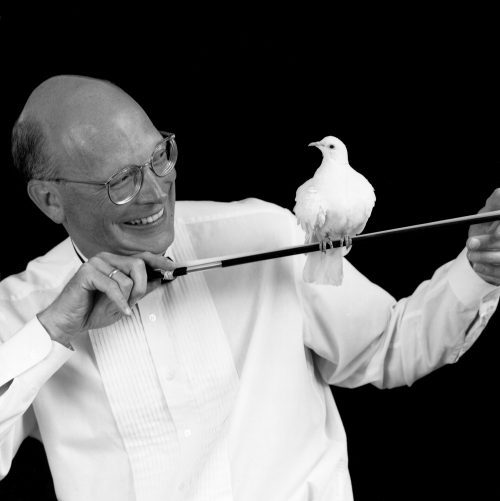 On the outside, the flute/ cello/ piano seems like an odd mix. How do you go about preparing for these pieces?

BB: It’s not as unusual as one might think. The music goes back to Haydn, and if you trace it even further back, you can consider continuo parts (as the beginning). It went well into the Baroque period, so there’s a history of this. There’s a great deal of French repertoire, and lots of contemporary repertoire. It isn’t so unusual, but there isn’t as much music for it as for the piano, violin, and cello combination.

BS: There’s a tendency I think – that at least I, as the pianist – that we blend with strings, or we blend with winds, but there’s a combination that’s very interesting, the articulation and timing, where you are in the spectrum of the keyboard – where you are on the keyboard, high or low – it’s a little different in terms of blend, and it’s a challenge. It’s nice, it’s interesting.

SD: And every composer who writes for this combination seems to have a different idea for the sound they want. That’s one of the things we’re chasing after in rehearsal: to try and get a different “sound world,” as it were, for each piece, each composer.

Could you tell us a little bit about each piece you’re doing?

BB: We think some of these pieces are among the better pieces that we have played. Much of this repertoire is French. Gaubert was a great French flutist, kind of a father of flute-playing in the world; he came from Paris Conservatory. He’s a very fine composer actually. The Gaubert trio, the Aquarelles, is very lush and gorgeous, and a different kind of a challenge. It’s very complex, in terms of harmonies. The other two French pieces are very different. The Damase –

SD: The Damase is a little bit of a spoof, isn’t it?

SD: It was written in 1952. It’s kind of a send-up of quasi-Baroque playing, but it’s got French innuendo, you could say. And some silly jokes. He wrote it, I suspect anyway, for a particular group of people.

SD: [Cellist] William Pleeth and (flutist] William Bennett. It was almost written as house party music. There’s one movement that does the same silly tune over and over, but you keep having little interjections that sound funny. That’s an irreverent, but fun piece, the Damase.

BB: Well, the Pierne we may or may not be playing, but that’s entirely different, and a little tongue-in-cheek as well. And it has a beautiful slow movement.

SD: It’s very contrapuntal, and it almost sounds like plainchant at the beginning. It’s very beautiful, and the outside movements have their more frivolous moments. So suddenly you get this very poetic thing in the middle.

BB: And the flute register is very low. (It’s) very odd. It’s way, way down. It almost makes you wonder if it’s an oboe piece, but of course it’s not.

BS: This is something we’ve brought up in terms of rehearsing (something like the) Gaubert. He was a flutist, so obviously he knew a lot about flute, (but) he doesn’t know much about piano! In other pieces written by a pianist, the piano part is too heavy, and the piano part is too low. And we have all these hijinks because they didn’t know every instrument so well.

BS: A lot of these pieces, as Bonnie was saying, are very low in the flute. It’s very strange.

SD: Sometimes it’s high in the cello and low in the flute, so I’m really busy trying to get ready for these pieces! We’re juxtaposing different ranges. 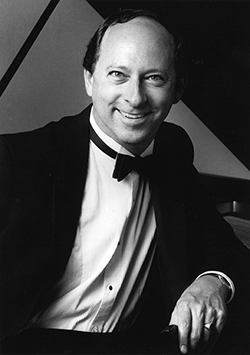 BS: Martinu has these crazy moments when he’ll go into these quasi-Baroque things that sound familiar, but they don’t fit well. Then he puts it in the middle of a phrase where there’s a flute thing that comes in, then a cello thing. These exchanges look very easy on paper, but –

BB: Everything’s on the wrong beat.

SD: His music is very whimsical at times, and then it turns from whimsical to very serious and dark. You don’t know what turn he’s going to be taking next. It’s always a surprise.

SD: Sometimes that particular slow movement is very sparse; there aren’t a lot of notes, but he does amazing things with the ones he wrote.

BS: We’re asking ourselves: “So… What does he want?” He doesn’t mark anything, and it’s very spare harmonically. One moment, he’s in a trance, and the next moment you think you should get out of the trance! You always think “what should I do next?” But thankfully the flute and cello come in, and thankfully something else happens! There’s a long soliloquy for the piano at the beginning. It’s interesting … very slow.

The only one we haven’t talked about is the Weber.

BB: That’s a major piece for this combination. Perhaps the most significant piece for this kind of trio. It’s played a great deal. It’s a great piece. It has a lot of variety in it, a beautiful slow movement. It’s lush, very big. It’s almost “Brahmsian!”

SD: It’s sort of in the late Classical/ early Romantic tradition… He’s giving a lot of virtuoso-type gestures to the different instruments, and weaving it all together. And course his style was wonderful, very showy in a way. He does amazing stuff with wind pieces, especially where they’re flying all over the place.

BS: There are a number of operatic moments as well. Weber wrote a lot of operas we don’t do anymore, though some of the overtures are still played. Then there some of these fun, kitschy marches thrown in, which has a nice contrast to the heavy operatic stuff.

BB: And it has a terrific scherzo.