Thinking Outside the Box and on the Fringe 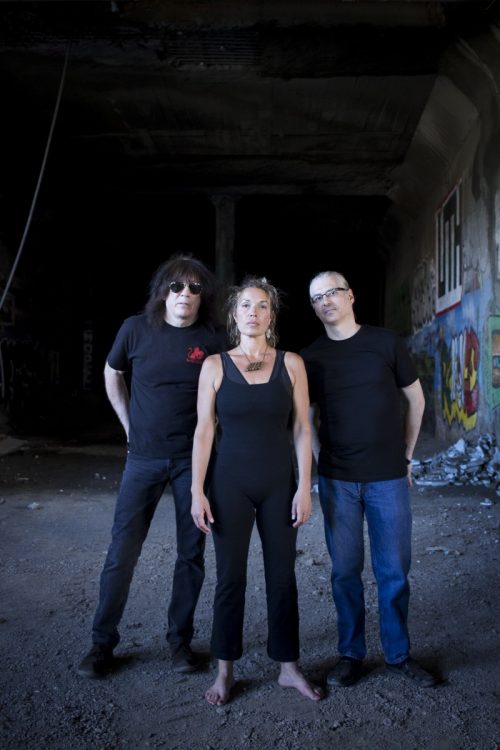 Eastman jazz faculty member Dave Rivello and his ensemble join forces with two other Rochester artists – an artist and a dancer-choreographer – to create a unique project for this year’s First Niagara Rochester Fringe Festival called “Invisible Boxes,” performing multiple times starting at 6:30 p.m. on Friday, September 17 at Kilbourn Hall. This is how they imagine the concept:

Whether or not we are aware, we each live inside our own invisible box. What we do or don’t do, where we go or don’t go, and with whom we do or do not spend our time, defines that box. When we share space with others, whether by choice or chance, our own invisible box can intersect in planned or random ways with the boxes of others we encounter. “Invisible Boxes” explores these real-space interactions through sound, motion, and light.

Dave Rivello is a composer, conductor and leader of The Dave Rivello Ensemble, based in Upstate New York. He is also on the faculty in the Jazz and Contemporary Media Department at Eastman.

Collette Fuierer holds a BFA in Choreography and Performance from SUNY Brockport, studied abroad with the London Contemporary Ballet, and has choreographed and performed solo work in Rochester, performed with regional dance companies Present Tense Dance and Kista Tucker Facet No.5, as well as the Atlanta-based Dance Force Inc. Collette works at the Cobblestone Arts Center.

Mark McDermott has been in the arts for over 30 years. His business, Archigraphia, specializes in designs for architecture, furniture, and sculptural applications.

How did you three meet?

I’ve known Mark for about twenty years, and we met at what was then Le Jazz Hot Café in East Rochester. I guess from going there and hearing music – that place had developed quite a scene – we found that we had a lot of similar views about artistic process, and the world of art. We started meeting every Tuesday to discuss art, life, and conceptual things. And we’ve been friends since, but this is the first project that we’ve done together.

Collette was a bartender at Le Jazz Hot Café, and that’s when I first met her. And then sometimes she also did improvisational dance with the jazz trio that was playing, and that’s how Mark met her too. We had our own circle. That was probably fifteen years ago when we met.

You and Collette worked together before, correct?

We did one piece years ago as a part of the Summer at Eastman Series, a performance at Kilbourn Hall with the Dave Rivello Ensemble. She choreographed and soloed to a piece of mine called “Patiently Waiting,” but that was the only other time we worked together.

How did you come up with this project?

There was a mutual friend of ours, Carly, whom I also met at the Le Jazz Hot Café, who has since moved to Austin, Texas. She comes back every January, as her family is from here, to visit friends and family. So she came back this past January, and at that time the Café – it’s gone through several owners – it was Tavern 135, and the head chef of the Tavern 54 and the other Taverns, Mike Schnupp, who was the chef at Montage Grill when my band was playing Montage for about a year, and Carly was managing Montage. So Carly picks a place when she’s here and said: “If anyone wants to have dinner or drinks, this is where I’m going to be this night!”
That happened in January, and I hadn’t seen Collette in a long time; she was there, and Mark and I showed up. We started talking, and Collette said: “We should do a project together.” And it evolved from there.

I had this concept of “invisible boxes” and what that meant, with a note on my desk for a couple years. Then I pitched it to them, they loved the concept, and we were off and running.

Why did you pick Fringe? Did the eventual setting change the direction you all wanted to take?

I don’t think so; it just seemed like “Invisible Boxes” was a more of a “Fringe thing” compared to another performance context. Conceptually, it’s not your usual way of looking at things.

You finished the music in the nick of time with this concept you’d been contemplating for a while… How did the music, the art, and the dance take shape?

We were brainstorming session about what this meant to each of us, and just through those meetings and through the “official” description Collette imagined, this “reawakening” thing happening, everybody being in their own “invisible box,” whether they’re aware of it or not. She’s definitely bringing it back around; she’s been teaching dance for Cobblestone Arts Center, but now she’s back to creating her own project and forming her own company.

The music itself is in three continuous parts, but I didn’t title the parts. The first part was the awakening idea, the second part is reinvention, and the third part is struggle and resolution. That’s what she was going off of to build the dance.

Mark and I were talking, and he came up with this idea. When someone enters the hall and gets a program, they’ll also get a little white box that ties in to the idea; though it can’t be invisible, of course. On the top of the box it says, “What did you…” and inside the box it has a piece of paper that finishes the sentence. It’s a little slider box, and we’ll ask the audience not to open the box until after the performance. Hopefully it will open up dialogue for people to discuss what they just experienced.

How do the dance and art tie in with the Dave Rivello Ensembles’ “dark and dreamy” sound? What will we actually be seeing and hearing?

The music begins simply and continues to grow throughout the thirty minutes of music, and it goes to a bunch of different places, so Collette has choreographed it with the emotional contour of the music. There will be slow-moving parts, there’s a beautiful duet, and Collette is dancing solo part, and there’s plenty in the piece to hold the five dancers together.

She’s had the music – at least the computer-generated audio file – for a long time, and working with that, but just recently she’s been working with the actual recording of the band playing through the piece. Mark and I have also gone to her studio, and we’ve been watching her part of it evolve.

Mark is known for work in metallurgy and wood, so he’s building the boxes that they’re using in the dance. There are three boxes that the dancers are using, and they have lights around them, and they’re apart of the troupe in a way. They’re not just a prop … they’re considered another dancer.

What is Fringe to you? What does it mean?

I think it’s an amazing thing that we have this in Rochester. Last year, the first year that I did it, was an incredible experience, playing the hour-long “… And Light” piece. What I love about it is that it’s collaborative. It’s what’s interesting to me right now as a composer, is to be collaborating with other artists, asking “what can we do together that will be greater than the sum of our parts?” Fringe seems to be about that, and that’s what attracting me to it.