A Knack for Sax 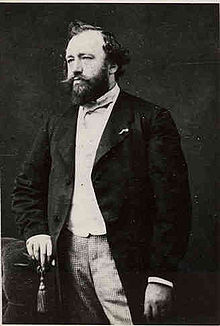 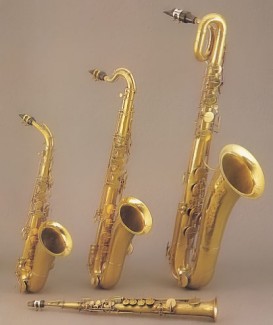 Happy 200th birthday to Adolphe Sax (1814 – 1894), the Belgian musical instrument designer who invented the saxophone, which he patented on June 28, 1846. He is shown above next to a photograph of four of his surviving original instruments. In the ensuing 165 years, the saxophone has become an essential part of military band music, wind ensemble music, and jazz and pop music, and an occasional visitor to the symphony orchestra (in Bizet’s L’Arlesienne Suites and Ravel’s Bolero, for example).

The saxophone is also a permanent and important part of the Eastman School of Music: teachers Ramon Ricker and Chien-Kwan Lin have guided many students in award-winning saxophone ensembles, and current dean Jamal Rossi is an accomplished saxophonist with an Eastman DMA degree (1987). At last month’s Eastman Weekend, the Eastman Saxophone Project opened for guest performer Jason Alexander in Kodak Hall (“ESP” is shown below). To learn more about Eastman’s saxophone studio, click here. 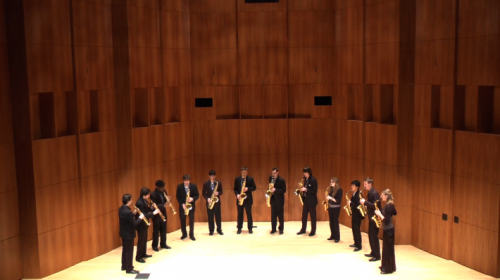