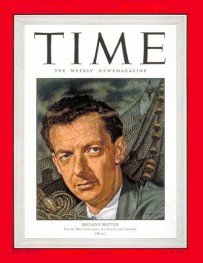 The British composer Benjamin Britten (1913-1976) was such a renowned figure that he was featured on the cover of Time magazine when he was only in his thirties. His centenary in 2013 was celebrated worldwide; Eastman joined in with performances of his opera The Rape of Lucretia in the fall and his massive War Requiem in May. Eastman Virtuosi, made up of Eastman faculty members and selected students, offers a small-scale pendant to last year’s celebration with a program of chamber music this Saturday, March 29, at 8 p.m. in Kilbourn Hall. The program includes Britten’s Fanfare for St. Edmundsbury for three trumpets, Six Metamorphoses After Ovid for solo oboe, Lachrymae, Reflections on a Song of John Dowland for viola and piano; and two works involving guitar: the Nocturnal after John Dowland and the sixth book of Folk Songs. Details are available here. 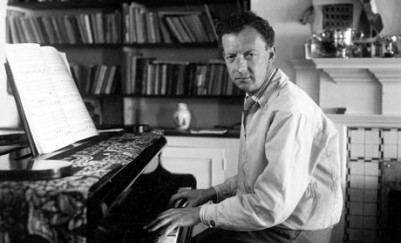