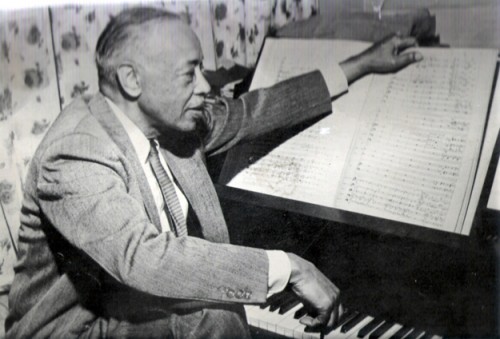 During Black History Month, we’ll remember some of the African American composers and musicians who are part of Eastman history. One of the most prominent and respected was William Grant Still (1895-1978), often called “The Dean of African American Composers”; among his many accomplishments, he was the first black American composer to have a symphony performed by a major American orchestra. That was Still’s Afro-American Symphony, first performed in 1931 by the Rochester Philharmonic Orchestra under Howard Hanson. With its musical influences of jazz, blues, and spirituals, the work caused a sensation. Hanson even conducted the Afro-American Symphony with the Berlin Philharmonic Orchestra, and it is occasionally performed and recorded today. During his tenure as Eastman’s director, Hanson championed Still’s music and recorded his ballet score Sahdji (1930), which is dedicated to him.