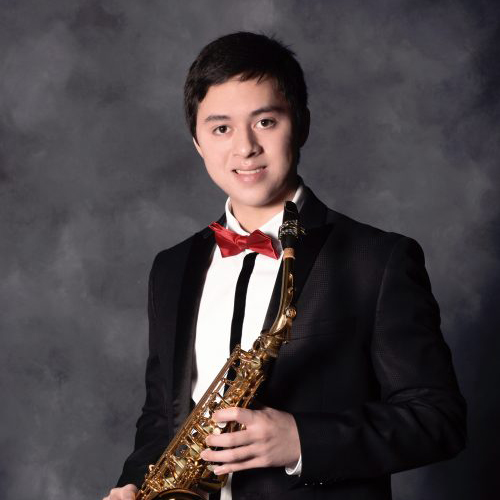 Austin Shilling is a first year student pursuing a performance degree at the Eastman School of Music. Austin began playing saxophone at the age of 11 and has loved the instrument ever since. During his middle school and high school studies, Austin received lessons from phenomenal teachers, including Benjamin Tate, Dr. Scott Campbell, and Dr. Andrew Martz. During his Sophomore year, Austin placed into the TMEA 5A All-State Band and won the Houston Underground solo competition.

Entering his junior year of high school, Austin was admitted into the Texas Academy of Mathematics and Science (TAMS), an early college program located at the University of North Texas (UNT). At TAMS, Austin was concurrently enrolled in the UNT College of Music where he studied under Dr. Eric Nester and performed as part of the UNT Wind Orchestra under the direction of Dr. Andrew Trachsel.

During his time at TAMS, Austin received many performance opportunities. He performed at the Juanita Miller Concerto Competition and won the grand prize at the beginning of 2019. A month later, he performed at the United States Marine Band “The President’s Own” Concerto Competition, being named second runner up. Austin ended his junior year by taking second prize at the North American Saxophone Alliance High School Solo Competition.

Austin currently studies with Dr. Chien Kwan Lin and performs in the Eastman Wind Orchestra under the direction of Mark Scatterday.