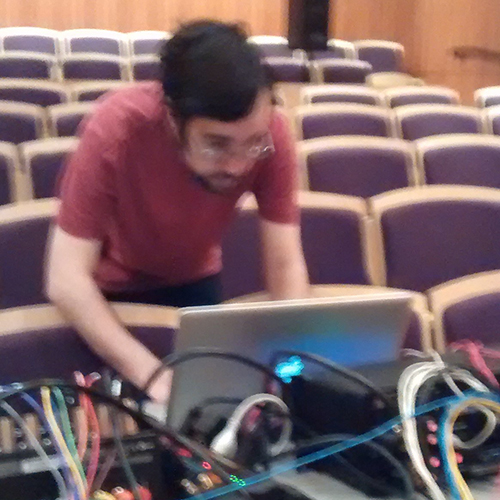 Noah Kahrs is a third-year Ph.D. student in Music Theory. His research focuses on tensions between compositional and perceptual approaches to music theory, particularly in post-1945 concert and experimental music. He has presented research on works by Abrahamsen, Amacher, Gubaidulina, Ligeti, and Lucier, as well as on chord spacing more generally, at conferences including SMT, MTSNYS, MTMW, and CogMIR, and has published in Music Theory Online, Tempo, and Mitteilungen der Paul Sacher Stiftung.

Originally from Pittsburgh, Noah received his undergraduate degree from UChicago in Music and Mathematics. He received an MA in Music Composition from Eastman, and remains connected to new music as a board member for OSSIA New Music. He has visited every neighborhood of Chicago, and has ridden every line of the Chicago, Toronto, Portland, Pittsburgh, Paris, Berlin, and Singapore rapid transit systems.