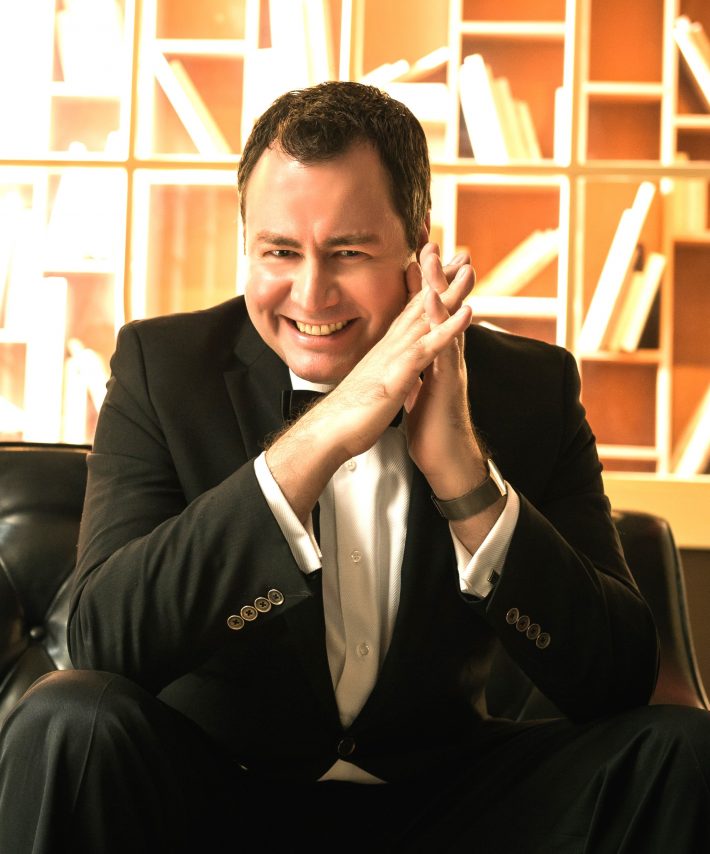 German-born conductor Johannes Müller Stosch serves as conductor of the Bob Cole Conservatory Symphony at California State University, Long Beach as well as Associate Dean for the College of the Arts. In 2017 the Bob Cole Conservatory Symphony played in Germany and the Czech Republic for sold-out venues and toured South Korea in 2013. Stosch also serves as Music Director and Conductor of the Holland Symphony, a professional regional orchestra in West Michigan. During his tenure, the Holland Symphony has seen unprecedented growth in the size and quality of its performances, as well as record numbers of season subscriptions.

Johannes Müller Stosch keeps an active guest-conducting schedule both internationally and nationally. His most recent engagements include concerts with the Kunming Philharmonic in China, Long Beach Symphony, Eastman School of Music, College-Conservatory of Music in Cincinnati (CCM), UBC Symphony in Vancouver, Canada, and at the University of Oregon in Eugene. In 2009, Stosch was a featured guest conductor with the Busan Sinfonietta in Korea in a concert was broadcast on national TV (KBS).

He has been a frequent guest conductor for new opera productions at CCM, including the main-stage production of Britten’s Owen Wingrave. Previous engagements include Mozart’s Così fan Tutte, the world premiere of Joel Hoffman’s The Memory Game, Dvořák’s Rusalka, and Virgil Thomson’s The Mother Of Us All.

In Germany, he worked with Hannover’s L’Arco, Bremer Ratsmusik, and Concerto Brandenburg. He also had frequent appearances on organ and harpsichord with the Pacific Symphony in Orange County. Concert tours as a soloist and collaborative artist have taken him throughout the US, Germany, Italy, Korea, Chile, and Japan. Stosch has several commercial recordings to his credit, all of which have been played on public radio.

“My time at Eastman was one of the most important periods of my education. Prof. Neil Varon and the access to the Philharmonia, Eastman Symphony, and conducting-lab orchestras shaped and polished my ideas about conducting and craft of rehearsing tremendously. I enjoyed my classes, especially with Paul O’Dette and Dr. Marie Rolf, who inspired me to expand my view of musical practice and analysis. I was also lucky enough to further my organ study with private lessons with Hans Davidson and seminars with David Higgs. After graduation and a round of auditions, I received four conducting job offers and have enjoyed a privileged career in music since.”