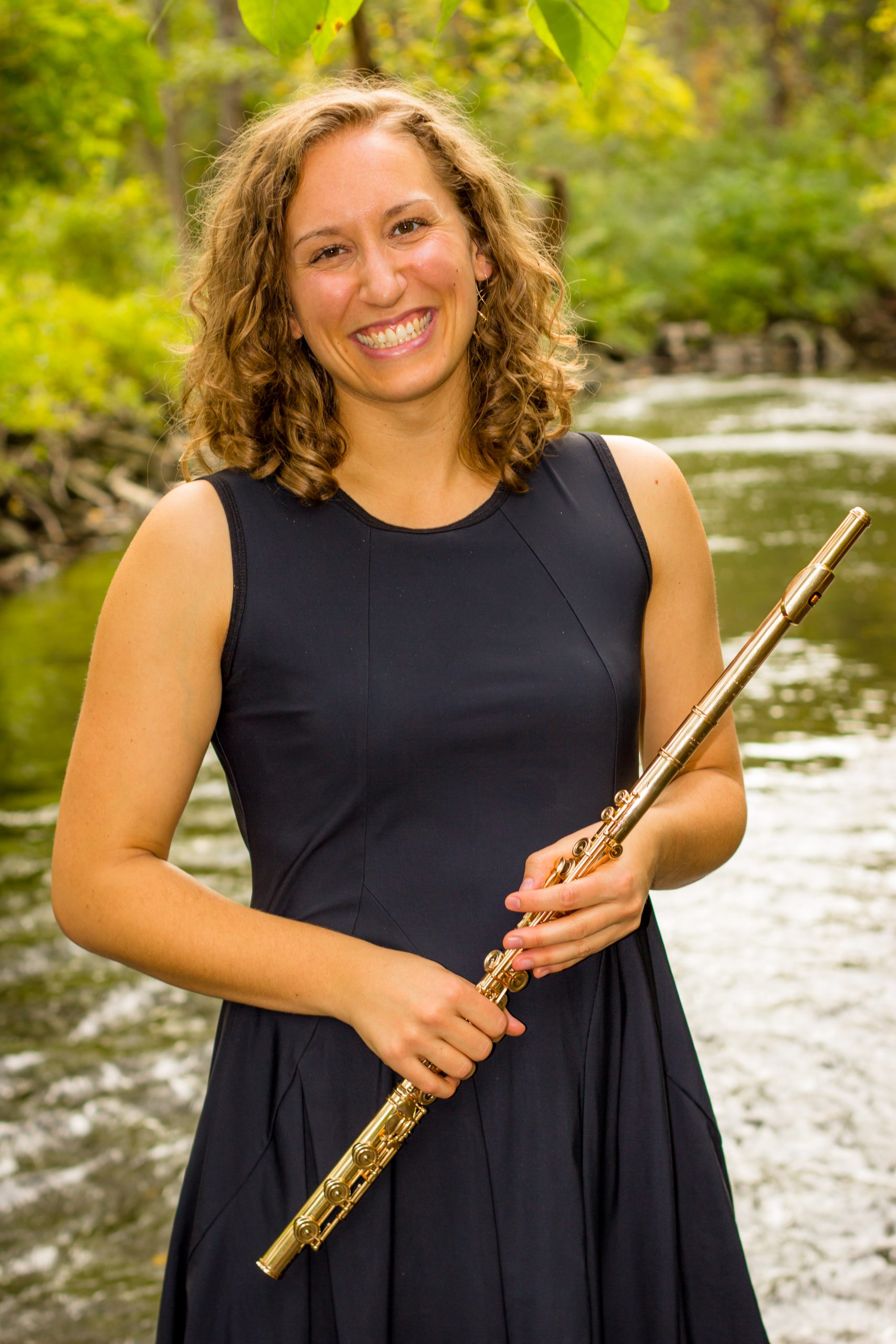 Emlyn Johnson is a flutist and project leader dedicated to bringing music to the ears of new audiences. Johnson is the co-director of Music in the American Wild, an initiative that celebrates American people, places, and stories through the commission and performance of new music. Since 2016 she has commissioned more than 30 new thematic works for the American Wild Ensemble and premiered them at national parks, historic sites, and other unconventional venues across the country in collaboration with an ever-evolving roster of community partners. Recent projects have found the ensemble in Hawaiian lava fields, 30 stories underground in Kentucky caves, and many nontraditional spaces in between. Johnson’s work with American Wild Ensemble has been recognized with grants from organizations including the National Endowment for the Arts, Chamber Music America, and Mid-America Arts Alliance.

Johnson has also served as flutist with Ensemble Signal, the Slee Sinfonietta, and Alla Balena Ensemble. Additionally, she performs regularly with her husband, cellist and fellow Eastman alumnus Daniel Ketter, as tuo duo, which aims to develop new flute and cello duo repertoire, including concert music for youth audiences.

In addition to her work as a performer, Johnson is the Executive Director of Pro Musica Joplin, a chamber music series that has presented outstanding classical music in southwest Missouri for over four decades.

As an educator, Johnson has served as a flute instructor in the State University of New York system and as Career Advisor at Eastman School of Music’s Institute for Music Leadership. She currently teaches in the music department at Missouri State University and presents nationwide on community-centered music programming and project development.

“I could go on for days about Eastman’s influence on my the course of my life, but what it boils down to is this: Eastman is my musical home. I felt an immediate connection with the community as soon as I arrived on campus as a freshman that grew even stronger when I returned to Eastman for my DMA, and that undoubtedly continues to shape my path as a professional musician. I met my dearest friends there, I worked with amazing faculty, and I had the unique opportunity to participate in and witness music making at the highest level.

What I did not expect were the ways in which my relationship with Eastman would expand and develop since I completed my degree. Not only have those original bonds endured, but I am also constantly finding new opportunities to collaborate with classmates, alumni from different eras, and faculty I may not have even engaged with while I was a student. Eastman connections turn up in every corner of the music industry, and it is a great joy, both professionally and personally, to collaborate with other musicians who are part of the legacy of this special place.”