Back to Recent Graduates 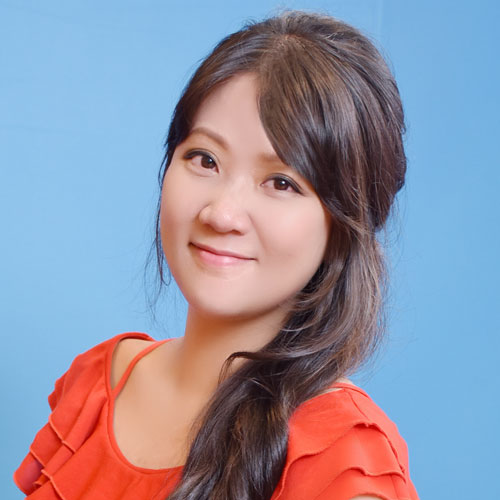 A native of Taiwan, Mei-En Chou is a doctoral candidate in Piano Accompanying and Chamber Music at the Eastman School of Music, where she studies with Dr. Jean Barr and holds a Graduate Assistantship in Opera Coaching. She gives annual recital tours with duos MusiC2 and Duo Mystère and has appeared with the Dallas American Asian Youth Orchestra (Carnival of the Animals), the Red River Wind Symphony (Rhapsody in Blue), the Sun Philharmonic Orchestra (Mozart Two-Piano Concerto, K.365), and the North Texas Wind Symphony (Husa Concertino). Her performance with the NTWS was released as part of the CD “Domains” in December, 2008 (GIA Publications).

Ms. Chou taught at Louisiana College (Pineville, LA) as an Assistant Professor and Artist in Residence from 2008-2016. For five years, she was the Director of the Junior Level of the Louisiana International Piano Competition, and has served as a judge for competitions and festivals. Ms. Chou earned her MM in Piano Performance from the University of North Texas with Dr. Pamela Mia Paul. During her residency in Denton, she taught both privately and at the School of Creative Art, conducted and directed the choir of the North Texas Chinese Church, and participated in the UNT Wind Studies Conductor’s Collegium. Ms. Chou holds a bachelor’s degree in trumpet from the National Taiwan Normal University and received her certification as a high school music instructor by the Ministry of Education. She began her piano studies at the age of four and began playing the trumpet at the age of nine.

Back to Recent Graduates
Go to Top