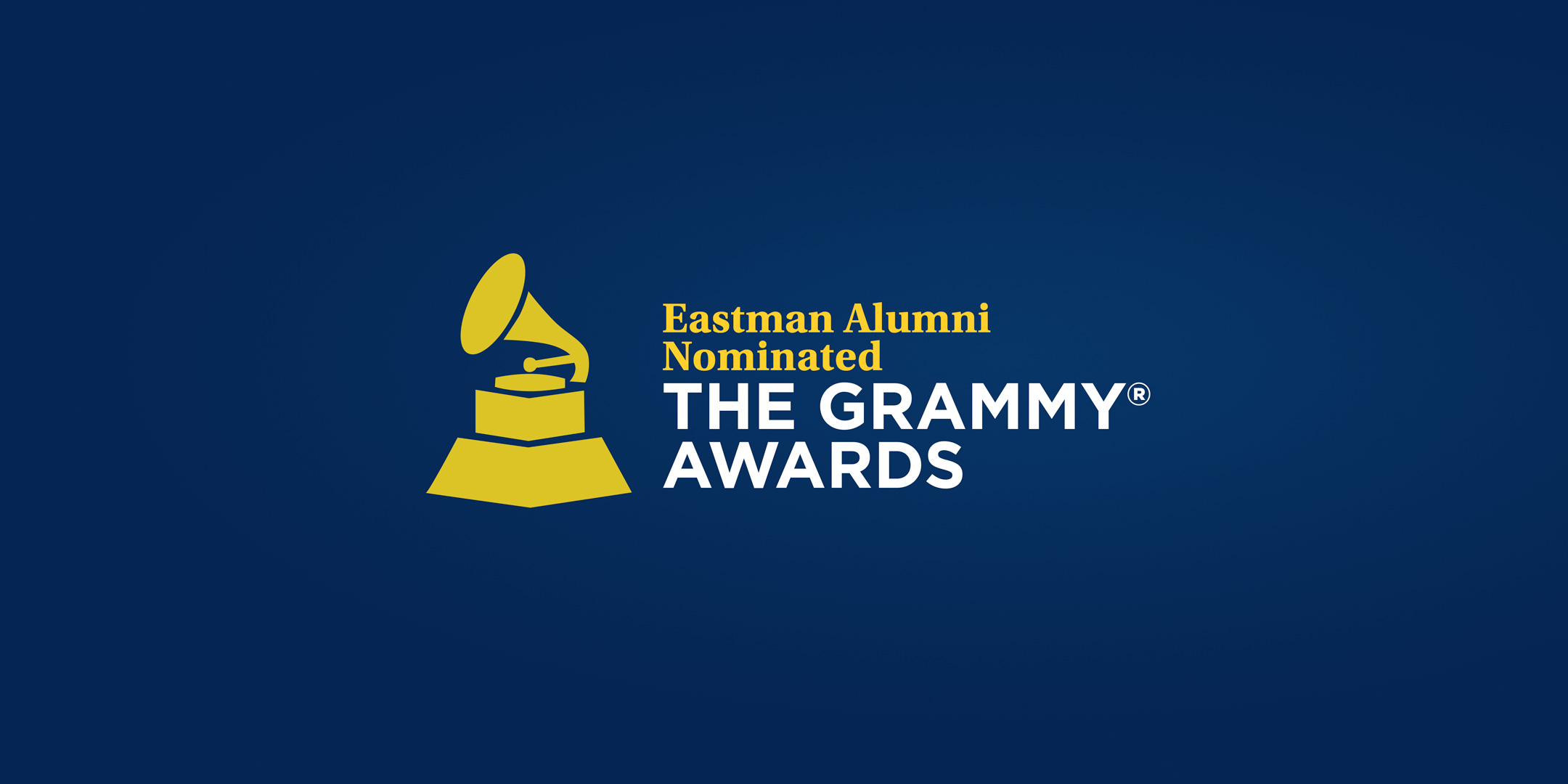 Several graduates of the Eastman School of Music have received nominations in the National Academy of Recording Arts & Sciences, Inc.’s 65th GRAMMY Awards:

Eastman also has several alumni included in the following ensembles that played on nominated albums, including: the Chicago, Pittsburgh, Boston, and Cleveland Symphonies, and the Metropolitan Opera Orchestra.

As the world’s leading society of music professionals, the National Academy of Recording Arts & Sciences, Inc. is dedicated to celebrating, honoring, and sustaining music’s past, present, and future. Winners of the Recording Academy’s 65th GRAMMY Awards will be announced on Sunday, February 5, 2023. Watch the broadcast live on CBS or stream on Paramount+ at 8:00 p.m. ET.

The three-semester-long Eastman Centennial celebration began in Fall 2021 and continues throughout 2022. Highlights include acclaimed guest artists performing alongside Eastman’s ensembles; national academic and music conferences; alumni events throughout the country; a documentary being produced in partnership with WXXI, and more. For up-to-date information on the Eastman Centennial, including feature stories, future events, videos, testimonials, ways to engage, and more, please visit our Centennial website at esm.rochester.edu/100.