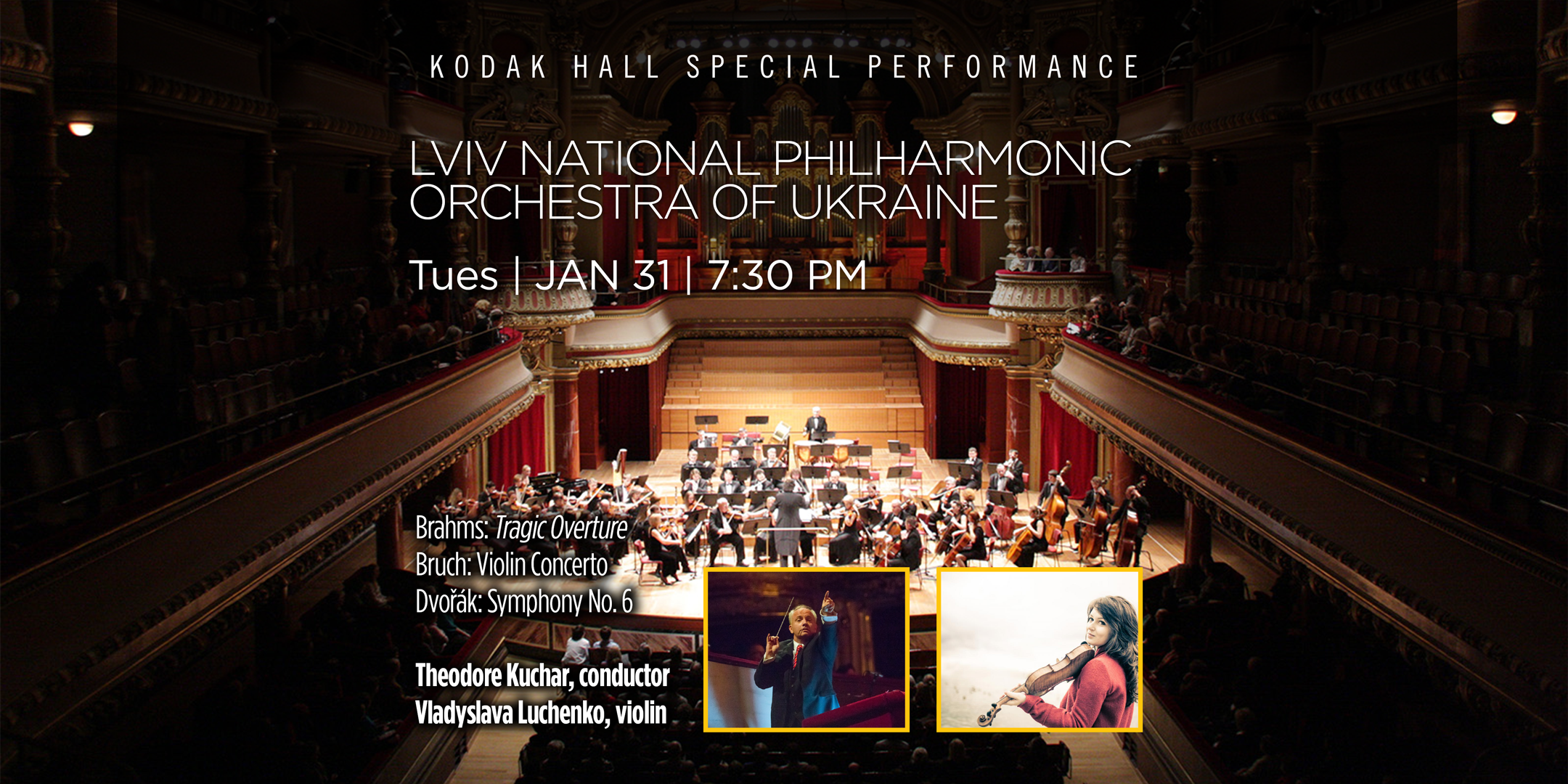 As the year draws to a close and we look ahead to 2023, we are delighted to spend the winter months in Eastman’s outstanding concert venues–Kodak Hall, Kilbourn Hall, and Hatch Recital Hall–presenting the music of world-class musicians.

“This new year, make the resolution to immerse yourself in great music,” offers Mike Stefiuk, Director of Concert Operations. “From great orchestral works to chamber music and piano and jazz recitals, Eastman Presents offers something for everyone. Your seat to an engaging and memorable experience awaits!”

Tickets to all concerts are available at EastmanTheatre.org or by calling 585-274-3000. Patrons are encouraged to purchase as soon as available to secure the best seats for the most sought-after concerts and receive the highest level of savings.

The New York State School Music Association presents 569 of the best high school-aged musicians from around the state. This year’s theme, “Connect, Belong and Create,” will focus on revitalizing school music programs post-pandemic.

Praised for its warmth, lyricism, and “infallible instincts” by the Philadelphia Inquirer, the Brentano Quartet enjoys successful award-winning performances around the world. Presenting a program of Haydn, Bartók, and Fanny Mendelssohn, this concert, part of the Eastman-Ranlet Series, is sure to impress.

In celebration of Oleh Krysa’s 80th birthday, as well as his 60 years as a celebrated professional violinist and 55 years as a teacher. Krysa, accompanied by Irina Lupines, piano, will perform “Great Violin Showpieces” by Vitali, Brahms, Paganini, Shtoharenko-Kleabanov, Wieniawski, Sibelius, Debussy, and Ravel. This will be his third and final concert in the 2022-23 Faculty Artist Series.

Rochester’s 39th Annual Tuba Christmas Concert will feature a mass low-brass choir of over 100 tuba and euphonium players of all ages and abilities, performing traditional Christmas carols with an enthusiastic audience sing-along. The concert is organized and conducted by Jeremy Stoner, teacher of tuba and euphonium at Nazareth College and the Hochstein School.

One of the world’s premier wind quintets, Imani Winds is renowned for its culture-crossing repertoire, its creation of new music, and the vigor, daring, and integrity of its playing. This concert, titled “BLACK AND BROWN,” is an entire program celebrating composers of color, with music from Jeff Scott, Paquito D’Rivera, Valerie Coleman, Wayne Shorter, and Julio Medaglia.

The Ying Quartet occupies a position of unique prominence in the classical music world, combining communicative performances with a fearlessly imaginative view of chamber music in today’s world. As quartet-in-residence at the Eastman School of Music, the ensemble was slated for three Eastman-Ranlet Series concerts during the season, this being the second, with a final performance on Sunday, March 26 at 3:00 p.m. in Kilbourn Hall.

From the Medieval city of Lviv on Ukraine’s western border with Poland, an orchestra dares to do the unthinkable: carry a message of hope across the world during a period of war and instability. The ensemble’s resilience stands as a testament to its determination and the timelessness of the great works it performs with vitality, distinction, and artistry. Led by the dynamic Ukrainian American conductor Theodore Kuchar, the orchestra’s performance of Brahms, Bruch, and Dvořák is sure to be a night to remember.

The three-semester-long Eastman Centennial celebration began in Fall 2021 and continues throughout 2022. Highlights include acclaimed guest artists performing alongside Eastman’s ensembles; national academic and music conferences; alumni events throughout the country; a documentary being produced in partnership with WXXI, and more. For up-to-date information on the Eastman Centennial, including feature stories, future events, videos, testimonials, ways to engage, and more, please visit our Centennial website at esm.rochester.edu/100.