“The President’s Own” U.S. Marine Band to Perform at Eastman 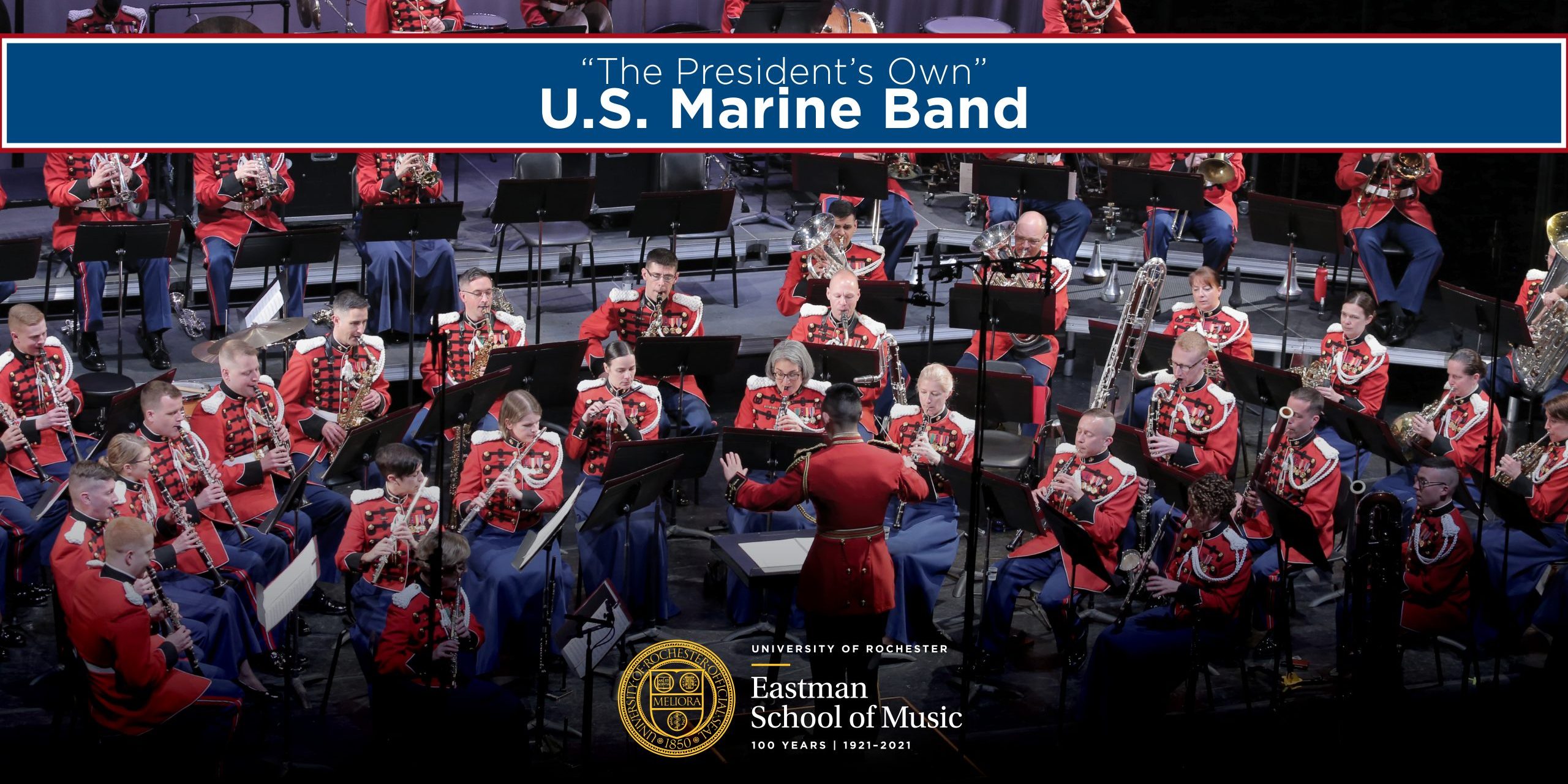 Five years have passed since the scarlet coats of “The President’s Own” United States Marine Band last appeared on stages in the Northeast of the United States. However, on Friday, October 7, 2022, the band returns and will play a free concert in Rochester, at Eastman School of Music, featuring 6 alumni who are touring with the band. The performance, held at 7:30 p.m., will take place at Kodak Hall at Eastman Theatre.

Free tickets are available by visiting https://www.esm.rochester.edu/theatre/ limit four per request).  Seating is general admission and ticket holders must be seated by 7:20 p.m.; remaining seats will be released to the standby line at that time. Please note that backpacks are not allowed in the hall.

In the style of the band’s 17th Director John Philip Sousa, who initiated the concert tour tradition in 1891, Marine Band Director Col. Jason K. Fettig has chosen a diverse mix of programs¾from traditional band repertoire and Sousa marches to instrumental solos and a salute to the Armed Forces.

“We always try to highlight music on our programs that celebrates the region we are visiting, whether it be marches that provide a connection or folk music that might be associated with certain areas of the country,” said Marine Band Director Col. Jason K. Fettig. “We have tremendously appreciative patrons who come to Marine Band concerts for all types of different experiences, so our programs are designed to include a great variety of music that mirrors the wonderful diversity in our national musical heritage.”

Since Sousa was first granted permission to tour the country by President Benjamin Harrison in 1891, “The President’s Own” United States Marine Band has delivered a White House experience from Washington, D.C., to the far-reaching corners of our nation, and these special concerts have been shared by generations of Americans.

By the end of this year’s tour, the Marine Band will have traveled more than 2,800 miles throughout the Northeast, performing 28 concerts in 10 states, with stops in Pennsylvania, New Jersey, New York, Connecticut, Rhode Island, Massachusetts, Maine, New Hampshire, Vermont, and Delaware.

The Marine Band is America’s oldest continuously active professional musical organization. Founded in 1798, the band has performed for every U.S. President since John Adams. Known as “The President’s Own” since the days of Thomas Jefferson, the Marine Band’s mission is to provide music for the President of the United States and the Commandant of the Marine Corps.