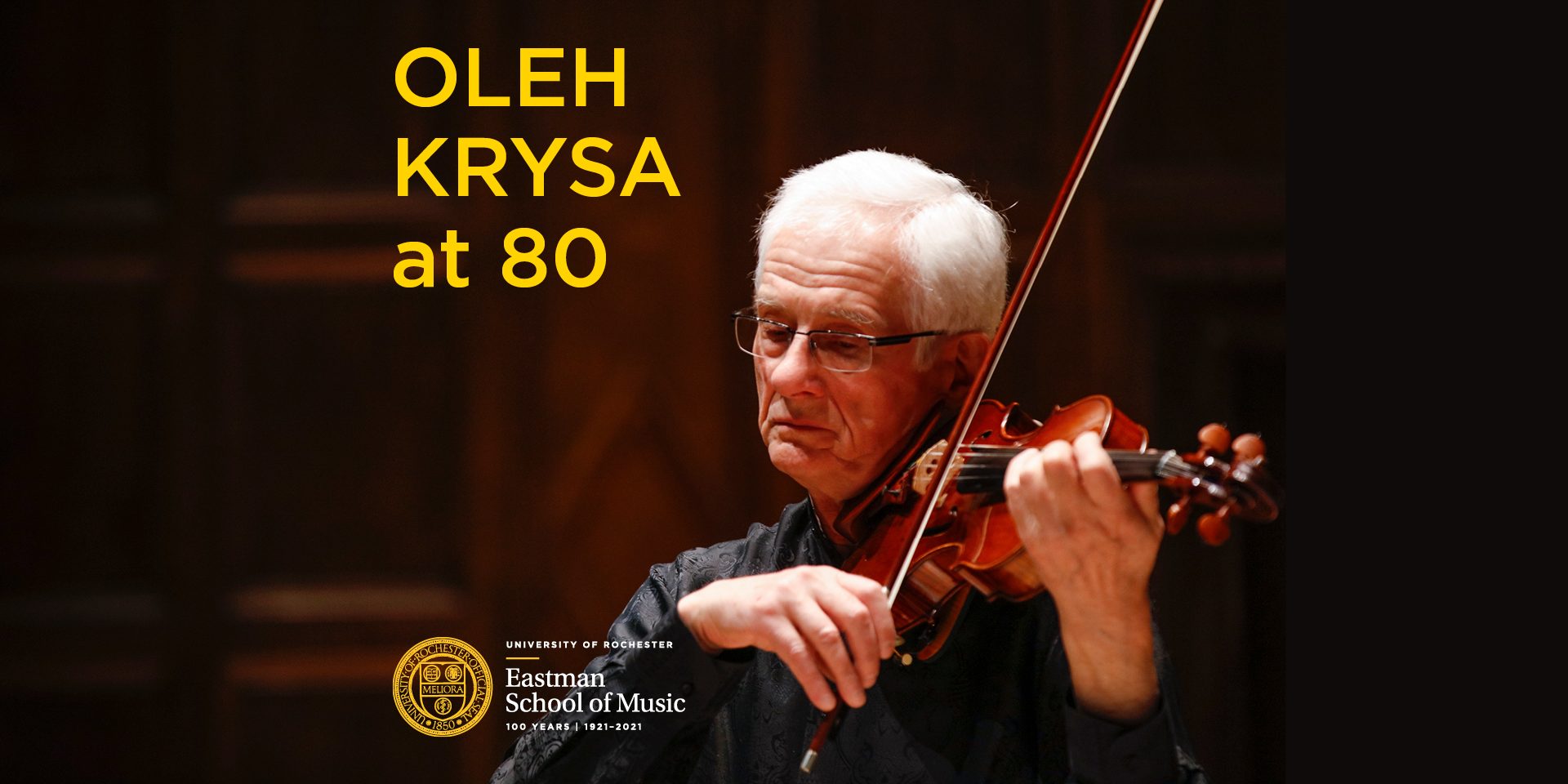 The Eastman School of Music announces that Professor of Violin Oleh Krysa will perform three Faculty Artist Series concerts this fall, celebrating his 80th birthday, as well as 60 years as a professional violinist and 55 years teaching. The concerts will include various colleagues and a variety of music.

Krysa says, “I am thrilled to bring all three of these concerts to the public and to share this music with so many colleagues.”

Oleh Krysa began his teaching career as chairman of the Violin Department at the Kiev Conservatory. In 1973 he took the same position at the Gnesins Musical and Pedagogical Institute in Moscow and, two years later, returned to the Moscow Conservatory as Professor of Violin, where he remained until 1988. Currently he is Professor of Violin at the Eastman School of Music and was a Visiting Professor at Tokyo University of Arts in 2009. He is also an Honored Professor at Lviv Music Academy (Ukraine), Kyiv Music Academy, and an Honored Member of the Japanese String Teachers Association.

The artistic association “World of Classical Music” founded the Oleh Krysa International Violin Competition to honor Professor Krysa. Oleh Krysa is also a champion of contemporary music, and has worked closely with Alfred Schnittke, Edison Denisov, Sofia Gubaidulina, Krzsyzstof Penderecki, Vyacheslav Artyomov, Sydney Hodkinson, Virko Baley, Myroslav Skoryk, Valentin Silvestrov, Yevhen Stankovych, and Larry Sitsky.  He has premiered a number of their works, and many of them have been written for and dedicated to him.

Full bio for Krysa can be found on Eastman’s website.

The Faculty Artist Series is supported by Patricia Ward Baker.

Tickets for all of Krysa’s Faculty Artist Series concerts are $10 for the general public and free to current Season Subscribers. General Admission tickets will be available for purchase at each concert. Visit http://eastmantheatre.org for more information.

Interviews and photos available upon request.