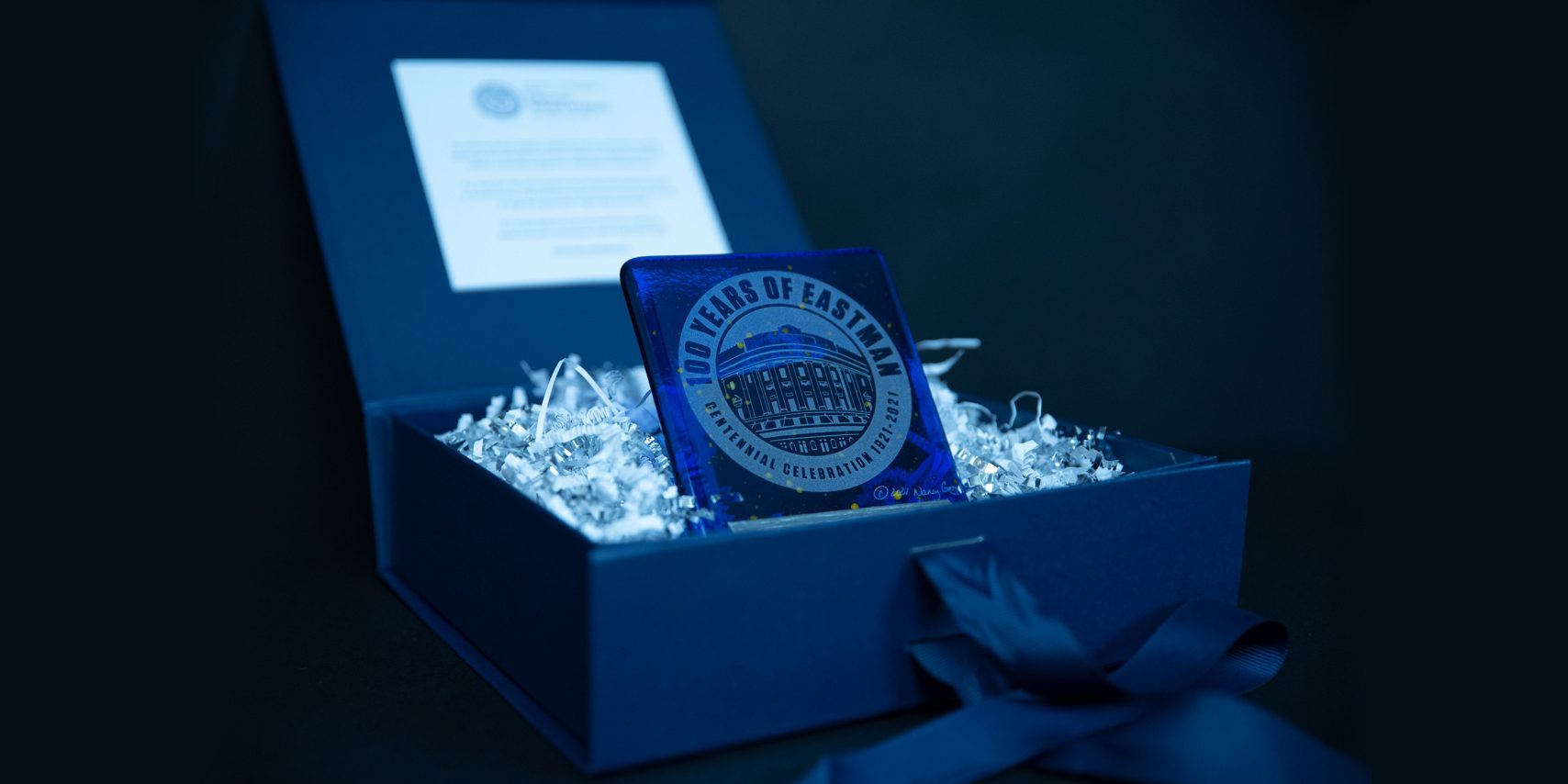 As part of Eastman’s centennial celebrations, the Eastman School of Music has announced the creation of the “Eastman Centennial Award”. Throughout the 18-month celebration, Eastman is presenting Centennial Awards to 100 select individuals who exemplify the school’s mission and legacy through their commitment to artistry, scholarship, leadership, community engagement, and philanthropy.

The three-semester-long Eastman Centennial celebration began in Fall 2021 and continues throughout 2022. Highlights include acclaimed guest artists performing alongside Eastman’s ensembles; national academic and music conferences; alumni events throughout the country; “100 Years of Eastman: WXXI Documentary Preview and Conversation” and more.

For up-to-date information on the Eastman Centennial, including feature stories, future events, videos, testimonials, ways to engage and support, and more, please visit our Centennial website at https://www.esm.rochester.edu/100.