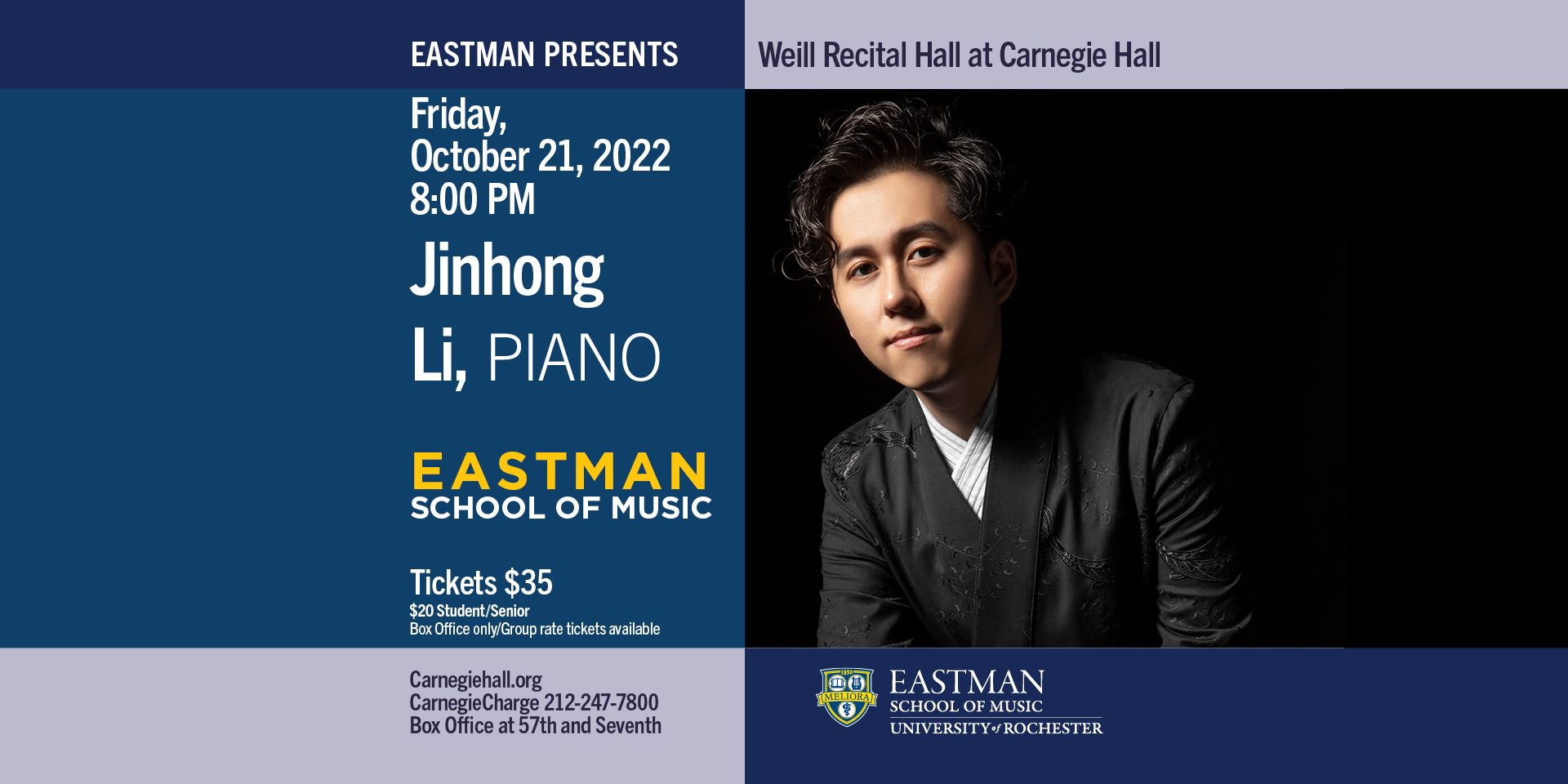 The Eastman School of Music is pleased to announce that DMA student Jinhong Li will be presenting a solo piano concert on October 21, 2022, at 8 p.m. in Weill Recital Hall at Carnegie Hall. Jinhong Li is the winner of the Sixth Annual Eastman Piano Competition, which is sponsored by members of the Eastman piano faculty.

“We are delighted to continue this tradition of selecting an Eastman graduate student for a Carnegie debut as part of the Eastman in New York series of concerts,” says Douglas Humpherys. “The return of in-person concerts has created a palpable excitement and new demand for listening to great music, performed on a distinctive Steinway piano, in a beautiful concert hall. It is wonderful to be back in New York City – please join us for an evening of Liszt, Haydn, Bolcom, and Barber.”

“It’s an honor for me to give the recital at Carnegie Hall,” shares Jinhong. “All the repertoire is selected to contain different styles and themes, and I cannot wait to share them with the audience at Carnegie.

Tickets for Eastman in New York: Weill Recital Hall at Carnegie Hall are $35 for general public or $20 Student/Senior.  Tickets can be purchased at the Carnegie Hall Box Office, at 57th and Seventh in New York City; by phone (212) 247-7800; or online at https://www.carnegiehall.org