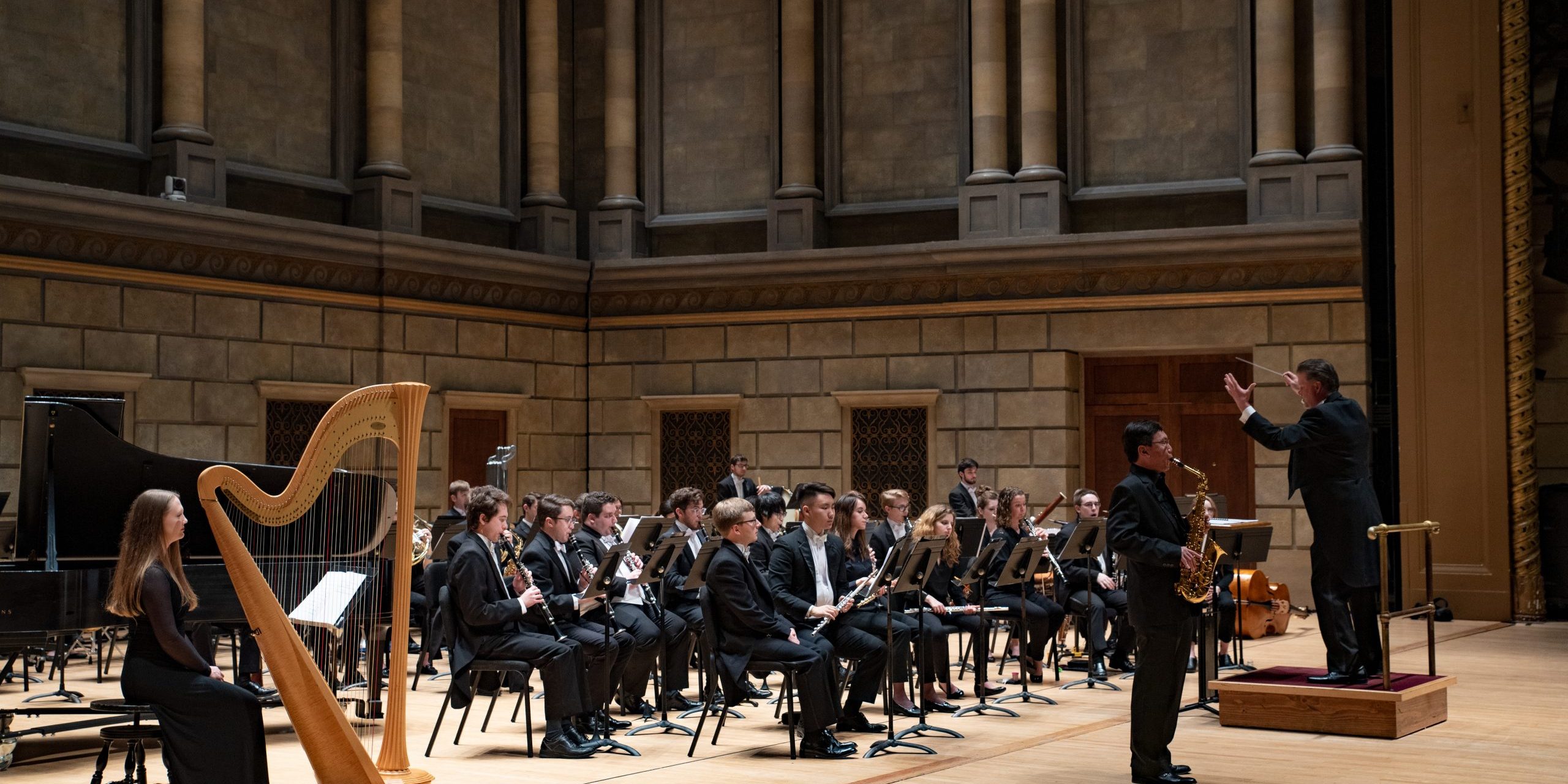 Eastman’s centennial continues throughout fall 2022, including several exciting concerts by the acclaimed Eastman Wind Ensemble (EWE), under its director Mark Davis Scatterday. On Wednesday, September 21 at 7:30 p.m. in Kodak Hall, Rochester Mayor Malik Evans will perform alongside the EWE as guest narrator for Joseph Schwantner’s New Morning for the World: Daybreak of Freedom. In addition, Metropolitan Opera soprano and Eastman alumni Kathryn Lewek (‘06E, ‘08MME) will be featured as a soloist in Schwantner’s Sparrows and Andre Previn’s Vocalise.

“It is an honor to be a guest narrator for the world-renowned Eastman Wind Ensemble,” said Mayor Evans. “I appreciate the focus that conductor Mark Scatterday is placing on civil rights and racial equity by having the Ensemble perform New Morning for the World: Daybreak of Freedom, which features the words of Dr. Martin Luther King Jr. I look forward to participating in this exciting event and encourage everyone to attend any of the numerous Eastman Centennial events planned for this fall and winter.”

“This is a significantly important collaboration, not only between the City and the Eastman School of Music, but for the continued important role that music and human rights have together in our society as a whole,” shares Mark Scatterday, conductor of the Eastman Wind Ensemble. “The text for Mayor Malik Evan’s narration with the Eastman Wind Ensemble based on powerful quotes of the late, great Dr. Martin Luther King Jr. I know, growing up in the 1960’s, how much MLK made a difference in the direction that our country would eventually, and should continually, take in fighting for racial equality and human dignity.”

Throughout the fall, the EWE will have several world premieres on their fall lineup, including participation in an exciting Prism concert during the school’s “Meliora”/alumni weekend, and Eastman Professor of Composition, Robert Morris’ (‘65BM) world premiere of sound, trees, meadows. That unique outdoor concert at Durant-Eastman Park on September 18 features music performed in multiple locations during the hour-long piece, inviting the audience into a special concert that, according to Morris, “makes sound that fits with the environment in a peaceful interaction with nature.”

The Eastman Wind Ensemble will also be presenting the following concerts in the Fall Season:

The three-semester-long Eastman Centennial celebration began in Fall 2021 and continues throughout 2022. Highlights include acclaimed guest artists performing alongside Eastman’s ensembles; national academic and music conferences; alumni events throughout the country; a documentary being produced in partnership with WXXI, and more.