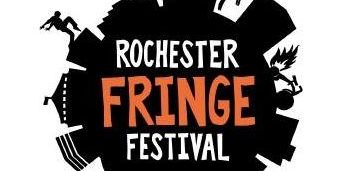 Eastman School of Music faculty members, students, and alumni will play a part at several different venues in and around downtown Rochester during the eleventh annual KeyBank Rochester Fringe Festival, running from September 13-24, 2022.

Theater has long been an important art form for percussionists. Dating back to the works of John Cage in the 1940s, percussionists have embraced the idea of this unique performance art. The Eastman Percussion Ensemble will present a concert immersing the audience in this compellingly dramatic and entertaining world, including storytelling, miming, bouncing balls, and scraping jars! Don’t miss this unique performance by one of the country’s premier and award-winning, conservatory-level percussion groups.

Across the Universe: Music for Yoga and Meditation | 7:30 PM | Hatch Recital Hall | Tickets $10

Enjoy an evening of music that has played a role in the yoga and meditation movements in the U.S. since the 1960s, featuring selections by John Lennon, George Harrison, Krishna Das and others performed an all-acoustic performance by Alana Cahoon, Chris Meeker, and John Covach in Eastman’s beautiful, resonant Hatch Hall. Audience sing-alongs will be encouraged, and a portion from the sale of each ticket will be donated to Lollypop Farm, the Humane Society of Greater Rochester.

Described as “an absolute master,” Grammy-nominated Bruce Molsky transports audiences to another time and place with his authentic, personal interpretations of rarities from the Southern Appalachian songbook and other musical traditions from around the globe. Best known for his work on the fiddle, Bruce’s banjo, guitar and his distinctive, powerful vocals also resonate with listeners. Join Bruce for an unforgettable solo evening performance in Eastman’s Hatch Hall.

Hungwe presents the sacred spirit music of the Zimbabwean mbira dzavadzimu. Born into a family of great mbira players in Mwangara village, Zimbabwe, Zimbabwean mbira master Musekiwa Chingodza began playing at age five. Chingodza and Eastman faculty member Jennifer Kyker have performed together since 1995, and they are joined in this performance by vocalist/percussionist Memory Makuri. “Our music is both medicine and food, as mbirahas the power to heal and to provide for people,” says Musekiwa. “Mbira pleases both the living and the dead.”

The award-winning documentary, ETHEL presented with acclaimed composer, Miriam Cutler’s score performed live to picture by Eastman’s elite, Empire Film and Media Ensemble. ETHEL is a 95-minute feature-length documentary about the life of Ethel Kennedy. The film was produced and directed by Mrs. Kennedy’s Emmy Award-winning daughter, Rory Kennedy. The film is an insider’s view of a political dynasty, a personal story interwoven with some of the most important moments of the 20th century.

The following are additional shows in the tenth annual KeyBank Rochester Fringe Festival which feature Eastman performers—faculty, students and alumni—in other venues:

This program is a culmination of guitarist Andrew Flory’s ‘22E (DMA) love for Mertz’s music, in which he dives into Mertz’s largest collection of works and takes the listener back in time to Vienna in 1847, when this collection was published. Vienna 1847 features classical guitar from Johann Kaspar Mertz’s Bardenklänge, Op.13. Andrew finds these works best capture the essence of Mertz’s music, which ranges from the melancholic to the sublime.

BIODANCE/Missy Pfohl Smith, Dave Rivello Ensemble and W. Michelle Harris reimagine this multi-sensory dance, sound, and media performance. Drawing from the elements of nature in the midst of catastrophic climate change, this show invites immersion in both the beauty and destruction all around.

Girls’ Night Out at the Opera | 7 PM | CenterStage Theatre at the JCC: Hart Theater | Tickets $15

Uh, oh! Diva personalities collide during a bachelorette party! Girls’ Night Out invites audiences of all ages to experience the drama of opera in a fun, fresh way. This one-hour, cabaret-style performance will delight veteran opera fans and entertain the “classical-music-curious.” Come join the party, and experience opera in a new way!

Mysterium, a new project chamber choral ensemble, presents a cappella works by composers from around the Pacific Rim. The program will include pieces in a variety of languages, including Mandarin, Japanese, Korean, and aboriginal Taiwanese. Members of Mysterium are Rochester-based professional singers, and the ensemble is co-founded and co-directed by Dr. Yunn-Shan Ma ’17E (DMA) and Dr. Bob Cowles.

Imagine listening to Miles Davis while watching Jackson Pollock paint … Live! Watch art created live by painter Nate Hodge, all to the sounds of the Herb Smith Freedom Trio. After the painting is finished, enter a raffle to win it!

This show reprises the nightclub acts of Frank Sinatra, Dean Martin, Bobby Darin, Jimmy Durante, Louis Armstrong, and more. “Night of the Stars” also includes many definitive readings of the songs most closely identified with these famous performers. Frank Torchio performs the song and comedic impressions, and the 12-piece Russell Scarbrough Orchestra ‘swings like the Count.’

Tickets for all Fringe events, as well as more information on the Rochester Fringe Festival, are available on the festival website www.rochesterfringe.com. Tickets can also be purchased by phone at (585) 957-9837, or in person at the Fringe Box Office, One Fringe Place, located across from the Eastman Theatre on the corner of Main & Gibbs Streets, Rochester, NY 14604.