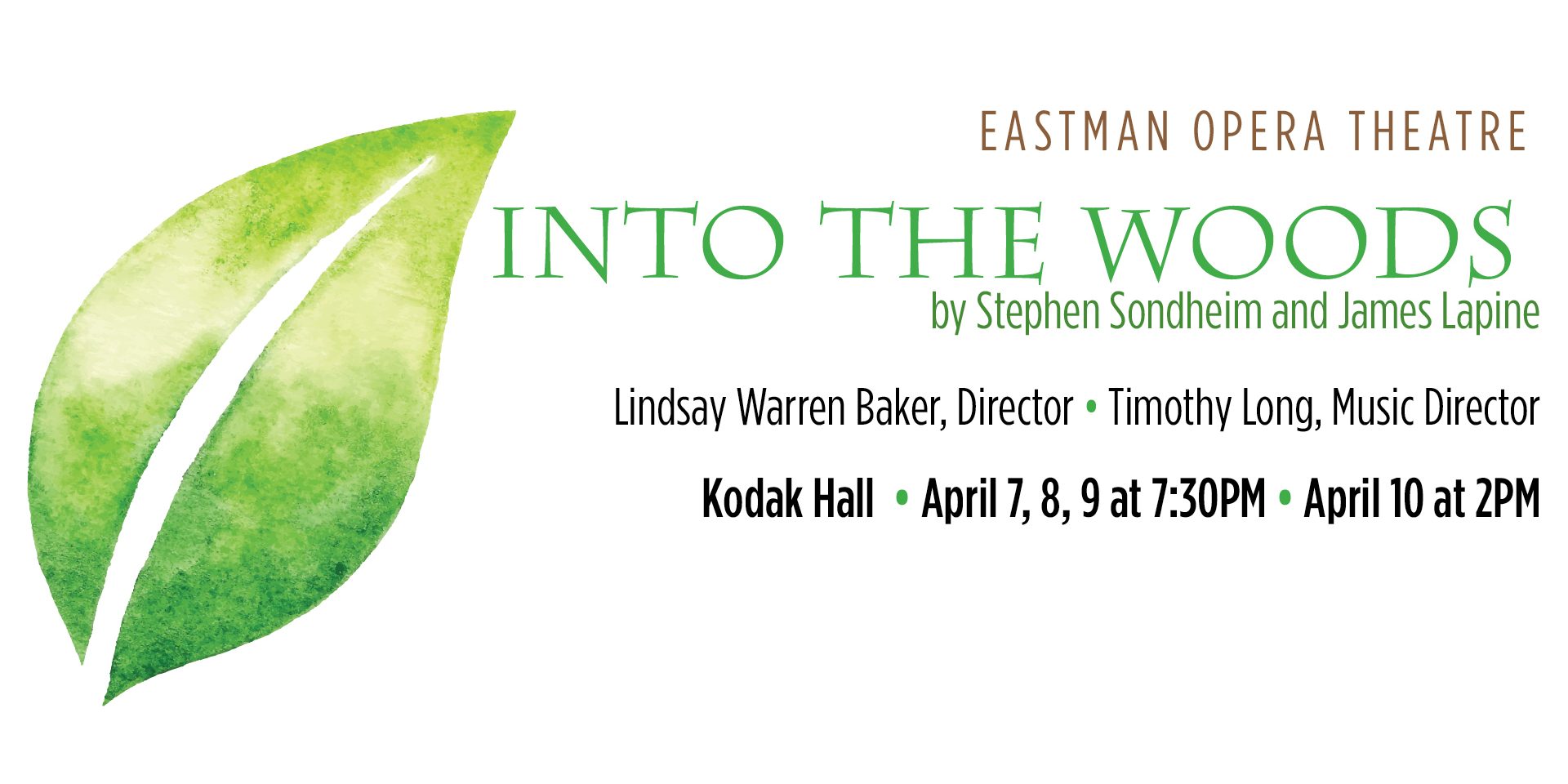 Eastman Opera Theatre (EOT) is thrilled to continue its season with Stephen Sondheim and James Lapine’s Into the Woods, April 7-10 in Kodak Hall. This production is directed by Lindsay Warren Baker, Instructor of Opera with musical direction by Timothy Long, Music Director for Eastman Opera Theatre.

This Tony Award-winning musical intertwines the plots of several Brothers Grimm and Charles Perrault fairy tales, exploring the consequences of the characters’ wishes and quests – with the moral “Be careful what you wish for!” The musical centers on a baker and his wife, who wish to have a child; Cinderella, who wishes to attend the King’s festival; and Jack, who wishes his cow would give milk. When the baker and his wife learn they cannot have a child because of a witch’s curse, the two set off on a journey to break the curse and wind up changed forever.

“Into the Woods is a unique retelling of fairy tales in that it considers the humanity of traditional archetypes,” says Lindsay Baker. “Good is rewarded, evil is still punished, but the journey of the characters is complicated. Life is messy; choices aren’t easy to make. EOT’s production considers how these stories resonate as much now as in the past and the impact they have on both the teller and the reader/listener. This is an ensemble musical full of humor, hardship, and heart. We are excited to venture Into the Woods with Rochester audiences!”

Tickets for Eastman Opera Theatre’s production of Into the Woods are $20 for the general public and free to UR ID holders. Tickets can be purchased at the Eastman Theatre Box Office, 433 East Main St. or online at https://www.esm.rochester.edu/theatre/

The three-semester-long Eastman Centennial celebration began in Fall 2021 and continues throughout 2022. Highlights include acclaimed guest artists performing alongside Eastman’s ensembles; national academic and music conferences; alumni events throughout the country; a documentary being produced in partnership with WXXI, “100 concerts to celebrate 100 years” and over 50 commissioned premieres.