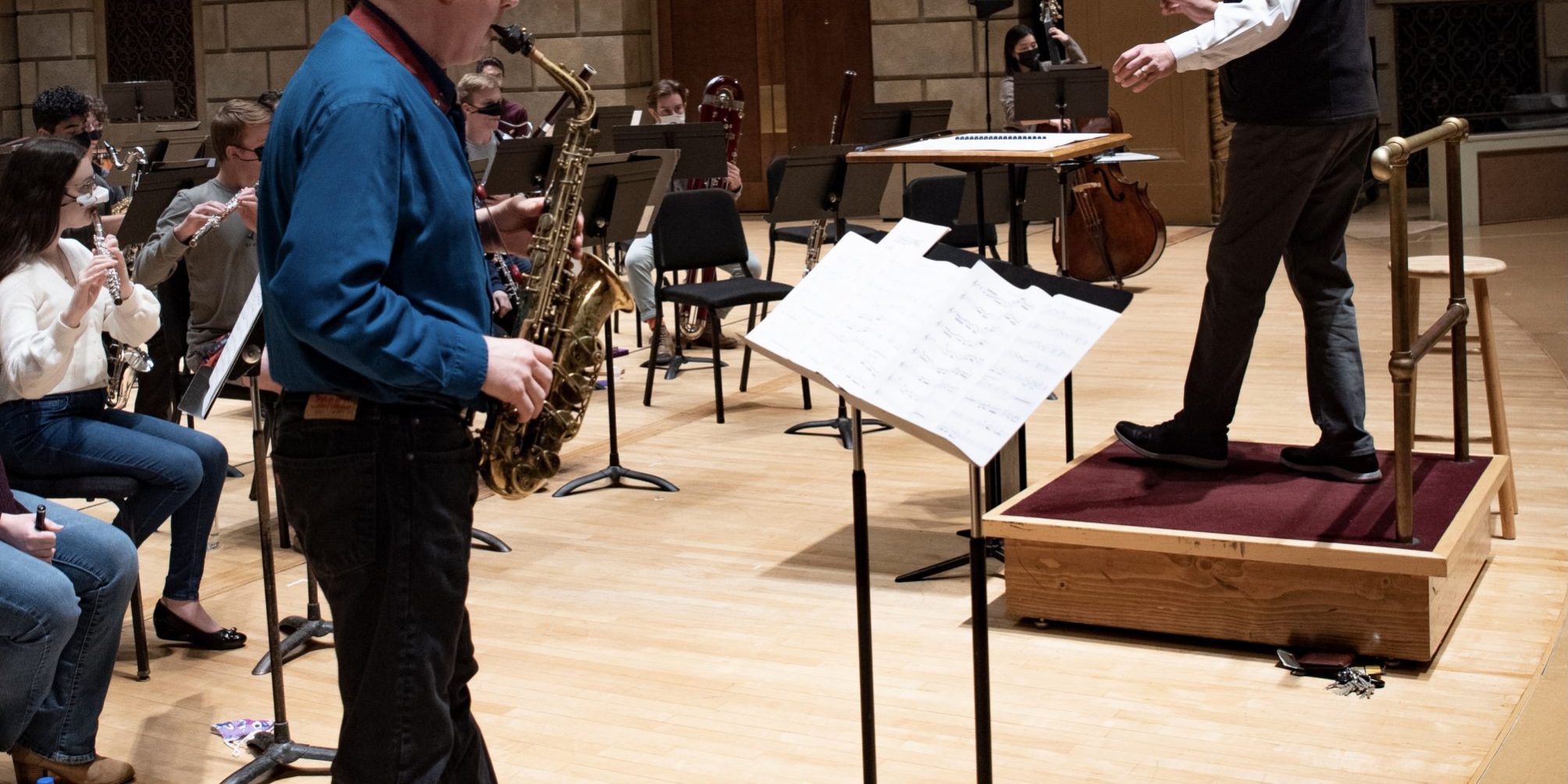 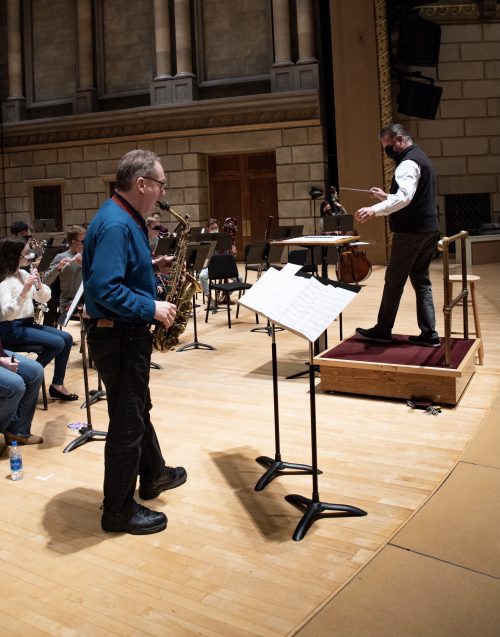 Story and photographs by Isabella Lau

As rehearsals with the Eastman Wind Orchestra wrap up in preparation for their concert Wednesday, Mike Titlebaum (BM ’91, MM ’92) reflects on his career and connections between Eastman and Ithaca. He currently serves as Director of Jazz Studies at Ithaca College School of Music and holds two degrees from Eastman in Saxophone Performance and Jazz and Contemporary Media Writing.

Originally hailing from Rochester, NY, Titlebaum has numerous connections between the two cities from both his career path and his father’s. Titlebaum shared how he regularly returns to Rochester in order to visit family, making the opportunity to compose and premiere his new piece, Lifelong Adventure, special.

“Getting to compose and perform this piece is the most I’ve been involved musically at Eastman since (graduation), so I’m really excited about it. I wrote the piece to be playable and fun, so I’m hoping other wind bands and saxophone soloists might enjoy performing the piece, too.”

“I’m also enthusiastic about the theme of the concert, ‘Ithaca Connections’, because it reminds me of how deep the relationship is between the two places. All the composers on the program are connected to both Ithaca and Eastman, and so are maestro Scatterday and me.” In addition to Titlebaum’s premiere, the concert features works by former Ithaca College professors Dana Wilson, Warren Benson, and Karel Husa.

Titlebaum also shared about his father, Edward Titlebaum. “My father provides yet another cool connection between the two cities. Dad completed his PhD at Cornell in the 60s, then got a job as Electrical Engineering Professor at the University of Rochester in 1964, where he taught until he died in 2009. Of course, his position at UR is how I wound up growing up in Rochester. So, when I landed the jazz director job at Ithaca College, I think he loved the full-circle nature of our lives. I only wish he’d lived longer to enjoy it.” 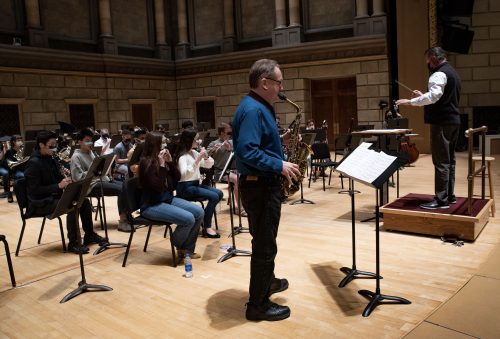 His position at Ithaca College was exactly what Titlebaum envisioned for himself when he was a student at Eastman. He noted that before his musical career he had an unexpected side career in software as a computer programmer. Stating, “I suppose “computer programmer” was the career I had imagined for myself when I was in middle school when my dad initially got me into programming, long before high school when I first thought that I could have a musical life.”

Mike Titlebaum will premiere his piece “Lifelong Adventure” this Wednesday, November 3 at 7:30 p.m. in Kodak Hall with Mark Davis Scatterday and the Eastman Wind Orchestra. The concert will also be live streamed; see the Concerts and Events listing for details and also the complete program.