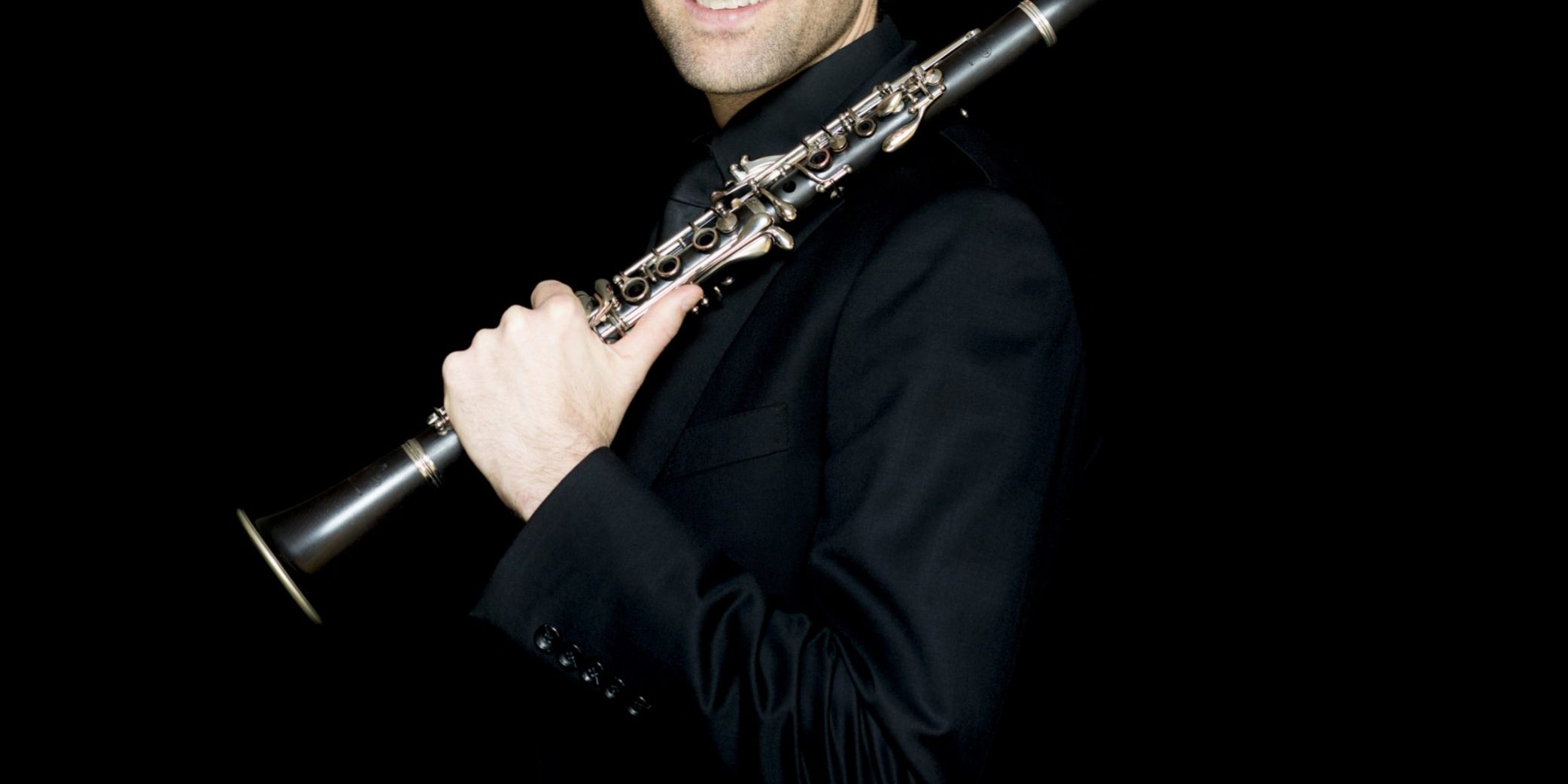 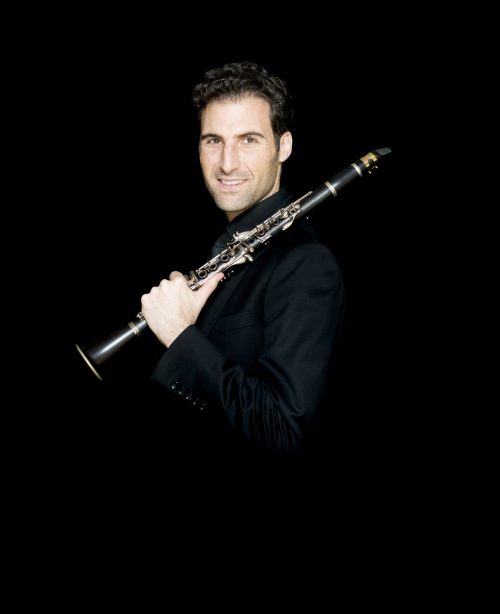 Associate Professor of Clarinet Michael Wayne has only taught at Eastman since Fall 2020, but he is well aware of the history of his instrument at the school. When planning his November 12 recital, he decided to observe Eastman’s centennial by paying homage to two great predecessors: Stanley Hasty, who died in 2011, taught here from 1955 to 1985 (and also played in the Rochester Philharmonic Orchestra); and Peter Hadcock, a 1961 Eastman graduate who returned to teach for an unfortunately brief time before he died in 1993.  Hadcock was also an orchestra musician of long standing, with the Boston Symphony Orchestra.

Michael Wayne never met either man, but his program reveals their influence on him and their involvement with Eastman. The carefully researched program offers an interesting look at the musical contributions of both musicians, with additional contributions from Eastman faculty members Alexander Kobrin (piano), Masumi Per Rostad (viola), and Juliana Athayde (violin). 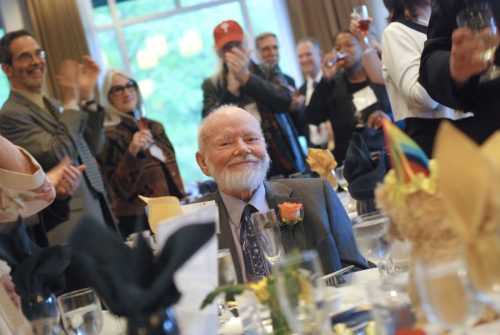 It opens with Wayne performing Stanley Hasty’s solo arrangement of a famous J.S. Bach keyboard piece, the Chromatic Fantasy (minus its accompanying Fugue), which has become a staple of the solo clarinet repertoire, particularly at Eastman. He is then joined by Alexander Kobrin for a rarity, Le Tombeau de Ravel by the Australian-born composer and pianist Arthur Benjamin, a work which Wayne’s research revealed was performed by Peter Hadcock in a recital celebrating Stanley Hasty’s 25th year at Eastman.

The second half consists of two highly contrasted chamber works. The British composer Rebecca Clarke is best known for her Viola Sonata, and her Prelude, Allegro, and Pastorale pairs clarinet and viola (performed by Rastad). A recording of this piece was Wayne’s introduction to the playing of Peter Hadcock, and he recalls playing the record incessantly when he was a teenage musician at the Interlochen Arts Academy. 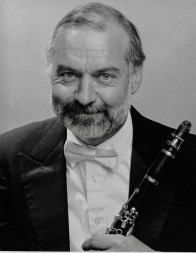 “I’ve never been able to find any other recording of Pete’s solo playing,” he says (although you can hear him on numerous 1970s and 1980s recordings by the BSO and Boston Symphony Chamber Players). Peter Hadcock was one of his predecessors in the BSO. “Although I never had the fortune of meeting [him],” says Wayne, “I feel a deep connection with our similar paths transitioning from our roles in the Boston Symphony Orchestra to the Eastman School of Music.”

It winds up with Bartók’s trio for violin, clarinet, and piano Contrasts, which Wayne sums up as “a great piece, and I’m excited to perform it with Juliana and Alex.” (It was written on commission from another famous clarinetist – Benny Goodman.) Stanley Hasty also performed this piece on a faculty recital in 1969, with Millard Taylor (violin) and Frank Glazer (piano).

After his recital on Friday, he is looking forward to breaking a performing “dry spell”, as he puts it. His upcoming concerts next year include a wind quintet performance with the Chamber Music Society of Rochester, Mozart’s Sinfonia Concertante and Clarinet Quintet in Boston, and the Carl Nielsen concerto with Ithaca’s Cayuga Chamber Orchestra.

“There is such a legacy here in every department,” he says, noting that unlike many Eastman faculty members he is not an alumnus. Having left the BSO, “I can devote all my energies to embracing the legacy of the school – and to helping it move forward.”

Michael Wayne presents An Homage to Stanley Hasty and Peter Hadcock in Eastman’s Faculty Artist Series on Friday, November 12, 2021, at 7:30 p.m. in Hatch Recital Hall. Click here for information about the recital and a link to the livestream (15 minutes before the recital time).