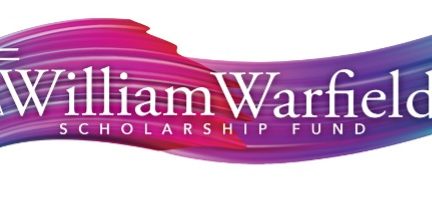 The sculpture’s official reveal will be held on Monday, September 27, 2021, at 11:30 a.m. in the Miller Center Courtyard of the Eastman School of Music, 26 Gibbs Street. The installation celebration will include a brief press conference with remarks from each of the collaborating organizations as well as the artist, Shawn Dunwoody. The Greater Rochester community is invited to the installation and reception.

“William Warfield has always been a history maker, and it’s no surprise that at a time when statues are being removed or relocated because of negative connotations all across the country, he is honored with the installation of a bust, signifying success and inspiration,” remarks WWSF President Lolita Forsett.

Adds Thomas Warfield, WWSF Board Historian and nephew to Warfield, “William Warfield is considered one of the finest singer-actors of the 20th century. As a product of the Rochester City Public Schools and Eastman School of Music, it is appropriate that we honor him and his legacy. This bust will stand as a testament to his triumphant career and broad influence as a performing artist and educator, and his legacy that inspires others to strive for excellence.”

This collaboration involved the work of many participants: nationally recognized and award winning Rochester artist Shawn Dunwoody is the Bust sculptor;  Elizabeth Kronfield, Sculpture Professor and Director of RIT’s School for American Crafts and School of Art in the College of Art and Design, oversaw the bronzing/final creation; Kevin Gibson, Executive Director of Operations at Eastman, coordinated the installation and placement in Eastman’s Courtyard; and the many generous donors, Thomas Warfield, Lolita Forsett, and the WWSF Board were the driving force behind funding and realizing this project.

“William Warfield, who earned bachelor’s and master’s degrees, is one of our most distinguished alumni,” shared Jamal Rossi, Joan and Martin Messinger Dean of the Eastman School of Music. “We are proud to partner with the William Warfield Scholarship Fund and to display this remarkable sculpture by artist Shawn Dunwoody, honoring Mr. Warfield’s legacy to our Eastman community, as well as to Rochester and the world.”

“The Warfield bronze sculpture has been such an exciting and important project for the RIT sculpture studio,” said Elizabeth Kronfield. “RIT faculty, staff, and graduate students have greatly enjoyed working with Shawn Dunwoody–a creative force for change and dynamic artist who has brought such an amazing energy into the studio–along with the entire community project team that has come together to honor such an iconic artist as William Warfield.”

“The City of Rochester is proud to partner with The William Warfield Scholarship Fund, Thomas Warfield, The Eastman School of Music, the University of Rochester and the Rochester Institute of Technology to pay tribute to Rochester’s own William Warfield, one of the most renowned artists of the 20th century,” said Rochester Mayor Lovely A. Warren. “The installation of this sculpture will serve to inspire young classical singers all around the world and honor Rochester’s rich African American history.”

In addition to the prominent display of the William Warfield Bust, a short documentary film is underway by University Video Productions at RIT capturing the full scope of the project, including key moments in the design and creation of the bust, as well as highlighting Warfield’s life, achievements, archival videos of performances, photography and interviews with members of his family, the Scholarship Fund, Eastman School of Music, and special audio of William Warfield as a voice student at Eastman. The documentary will be aired at a future date.

Archival photographs, video, imaging of the sculpture and many more B-Roll will be made available closer to the event. Interviews are available upon request.

William Warfield was born in West Helena, Arkansas on January 22, 1920, the eldest of five sons of a Baptist minister and sharecropper. His parents, Robert and Bertha McCamery Warfield, were the children of African American slaves. In 1925 his father moved his family north to Rochester to seek better educational and employment opportunities.

Warfield graduated from Rochester city schools and earned a New York state cosmetology license. During his senior high school year, he won the National Music Educators League Competition and a full scholarship to any American music school of his choice. Warfield chose the Eastman School of Music, where he received his bachelor’s and master’s degrees in 1942 and 1946.

Warfield was known worldwide for his work as a soloist, recitalist, actor, narrator, and activist. He was acclaimed throughout the world as one of the great vocal artists of our time, was a star in every field open to a singer’s art and was one of the world’s leading experts on Negro Spirituals and German Lieder. Best known for his portrayals of Porgy in Gershwin’s Porgy and Bess and of Joe, in the 1951 MGM movie musical, Show Boat. He won a Grammy in 1984 for his narration of Aaron Copland’s A Lincoln Portrait accompanied by the Eastman Philharmonia. In 1991, he published his uncommonly personal memoir, My Music & My Life.

Warfield died at age 82 on August 25, 2002, in Chicago from complications from a broken neck suffered in a fall. He is buried in Rochester’s Mt. Hope Cemetery. Many members of his family continue to live in Rochester, NY.

About the William Warfield Scholarship Fund

The Fund was established in March 1977 (incorporated in 1979 as a 501c.3 organization) under the leadership of Anastasia L. “Tessa” Martin to honor the life and legacy of William Warfield. We are a 15-member board, 100% volunteer operated with no paid personnel.

The William Warfield Scholarship Fund provides financial support and encouragement for African American high school students to attain success in the field of classical vocal music, and wider recognition of the life and legacy of William Warfield. This bust is one effort to increase his visibility in the Rochester Community and to disrupt the “invisibility” that all too often occurs with Black artists.

We provide an annual scholarship for African American vocal students at the Eastman School of Music; and two events that feature our Eastman scholarship recipient: a January Concert at Kilbourn Hall; and a spring Annual Scholarship Luncheon. Our newest program, the “William Warfield Classical Vocal Competition for African-American High School Students”, provides financial support and encouragement to African American students in schools across the country.

Now celebrating its centennial, The Eastman School of Music of the University of Rochester was founded in 1921 by industrialist and philanthropist George Eastman (1854-1932), founder of Eastman Kodak Company. It was the first professional school of the University of Rochester. Mr. Eastman’s dream was that his school would provide a broad education in the liberal arts as well as superb musical training.

About Rochester Institute for Technology

Rochester Institute of Technology is home to leading creators, entrepreneurs, innovators, and researchers. Founded in 1829, RIT enrolls nearly19,000 students in more than 200 career-oriented and professional programs, making it among the largest private universities in the U.S.

The university is internationally recognized and ranked for academic leadership in business, computing, engineering, imaging science, liberal arts, sustainability, and fine and applied arts. RIT also offers unparalleled support services for deaf and hard-of-hearing students. The cooperative education program is one of the oldest and largest in the nation. Global partnerships include campuses in China, Croatia, Dubai, and Kosovo.

For news, photos and videos

About the Bust Artist

Shawn Dunwoody, lifelong Rochester resident, acclaimed artist, and Creative Director of multi-award winning DunWoodē Visual Consulting, has created the physical expression of William Warfield in this project. His work and more information can be found on his website.