Nurturing the Love of Music 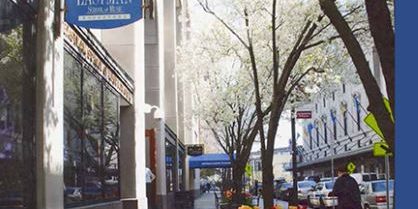 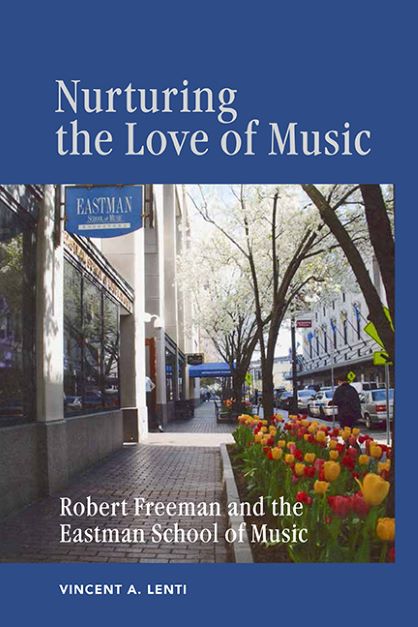 Freeman was recruited to lead the Eastman School in the fall of 1972 and officially assumed responsibilities as director on July 1, 1973. He served as director until his resignation in 1996. His directorship was the second longest tenure in the school’s history, only surpassed by that of Howard Hanson. That tenure allowed him to exercise great influence over faculty recruitment, program development, and fundraising, as well as presiding over the most significant expansion of the school’s physical presence in downtown Rochester since the original construction of 1921 and 1922.

In addition to giving a narrative history of the school, the book is rich with photographs and includes appendices of important and noted faculty members, honorary degrees conferred and much more.

“This volume has been an especially rewarding one for me to write, in that I was a personal witness to the events that took place during this of time within the school’s history,” shares Vince Lenti. “Having lived through the events, it was a special pleasure to provide a written account of all that happened during Robert Freeman’s years of leadership at Eastman.”

The publication of Nurturing the Love of Music coincides with the celebration of the Eastman School’s one-hundredth anniversary. Because of that anniversary celebration, the book includes as its final chapter a brief summary of the post-Freeman years, a story that will no doubt be told in greater detail sometime in the future.

Nurturing the Love of Music is published by the University of Rochester Press. The book is available in both hard and soft cover editions, priced at $39.95 and $24.95, respectively. The book is available for purchase at the Eastman School of Music Barnes & Noble Bookstore, 25 Gibbs St., Miller Center, Rochester, NY 14604, or can be ordered by visiting https://eastman.bncollege.com/shop/eastman/home

Lenti will do a book launch, including talk and signing October 2, 2021, at the Eastman School of Music.  Further details about the event will be forthcoming.

Vincent A. Lenti earned his bachelor’s and master’s degrees at Eastman, where he was a student of the noted Italian pianist and pedagogue Orazio Frugoni. He was a member of the piano faculty beginning in 1963 and directed Eastman’s Community Education Division, now known as the Eastman Community Music School, for 26 years. In 2002 he was the recipient of Eastman’s Eisenhart Award for Excellence in Teaching. Lenti is now professor emeritus of piano and continues to serve as the school’s historian.