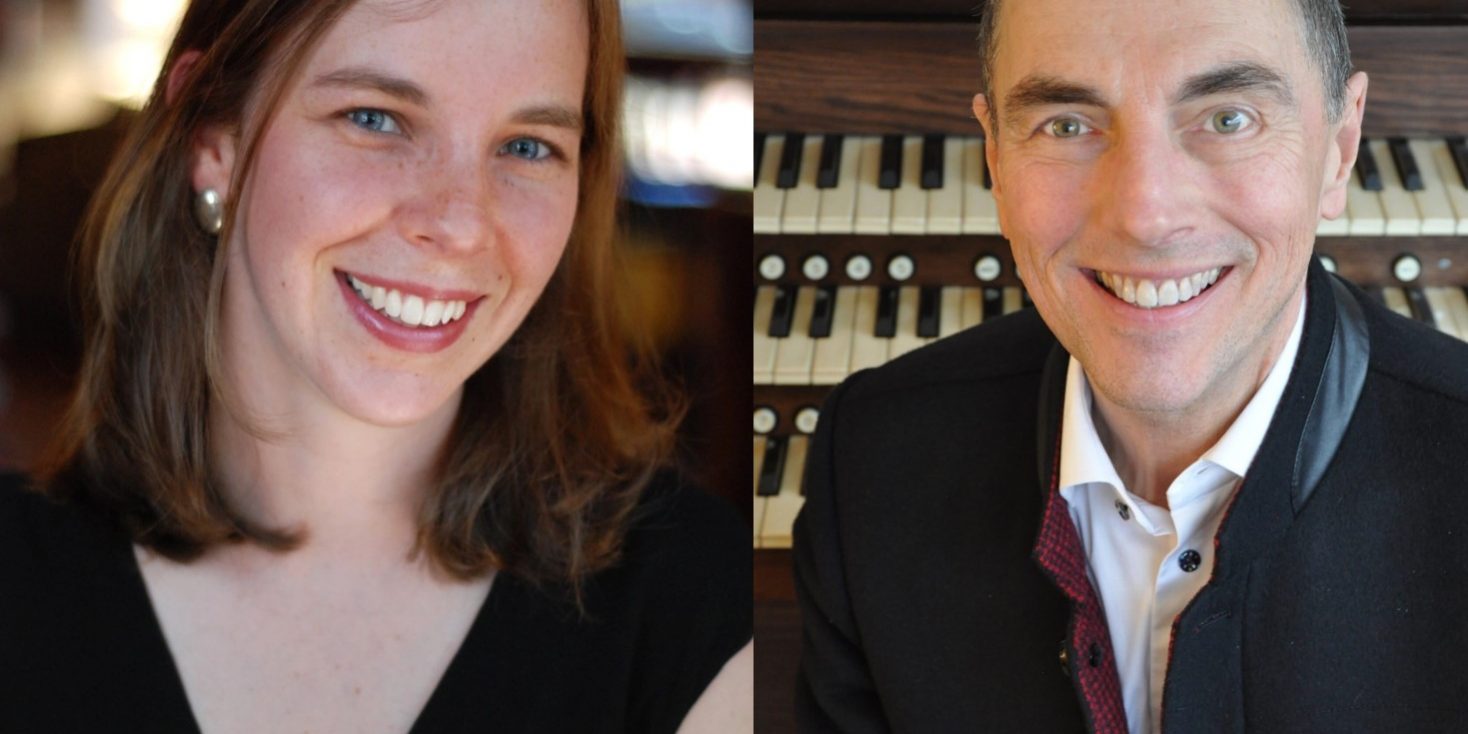 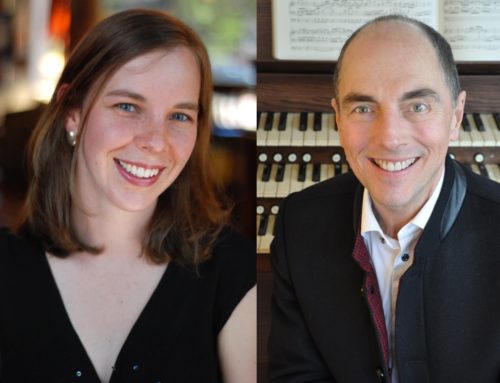 The Rochester Celebrity Organ Recital Series (RCORS), together with the Eastman School of Music, is pleased to host organists David Higgs and Anne Laver in a virtual concert at Christ Church Rochester on East Avenue on April 30 at 7:30 p.m. Both members of the Organ faculty at the Eastman School of Music in Rochester, New York, Professor Higgs and Visiting Professor Laver will present a colorful program designed to highlight two organs housed at Christ Church: historical reconstructions of a Lithuanian organ built in 1776, and an American organ from 1893. The program will include music by composers both old and recent, including Johann Sebastian Bach, Jeanne Demessieux, and Florence Price. This pre-recorded concert will be shown live on https://www.rocago.org/rcors

David Higgs is Professor of Organ and Chair of the Organ, Sacred Music, and Historical Keyboards Department at the Eastman School of Music. One of America’s leading concert organists, he performs extensively throughout the United States and abroad, and has inaugurated many important new instruments including St. Stephan’s Cathedral, Vienna; the Meyerson Symphony Center, Dallas; St. Albans Cathedral, England; St. Canice’s Cathedral, Kilkenny, Ireland; and the Church of St. Ignatius Loyola in New York City. He performs, teaches, and adjudicates at festivals and competitions throughout the world, including the International Organ Festivals and Competitions of Bremen, Germany; the Leipzig Bach Competition, Germany; the Gottfried Silbermann Competition in Freiberg, Germany; Calgary, Canada; Dublin, Ireland; Odense, Denmark; Varzi, Italy; Redlands and San Anselmo, California; and the Gilmore International Keyboard Festival. For over twenty years he performed annual holiday organ concerts at Davies Symphony Hall in San Francisco and at Walt Disney Concert Hall in Los Angeles. Mr. Higgs has recorded for Delos International, Pro Organo, Arsis, Loft, and Gothic records.

Anne Laver is Assistant Professor of Organ and University Organist at Syracuse University’s Setnor School of Music, and is Visiting Professor of Organ at the Eastman School of Music, 2020-2021. She performs frequently in the United States and Europe and has been a featured recitalist and clinician at regional and national conventions of the American Guild of Organists, the Organ Historical Society, the Society for Seventeenth Century Music, the Eastman Rochester Organ Initiative Festival, the Westfield Center for Historical Keyboard Studies, and the Göteborg International Organ Academy in Goteborg, Sweden. In 2010, she was awarded second prize in the prestigious American Guild of Organists’ National Young Artist Competition in Organ Performance (NYACOP). Anne’s performances have been aired on radio programs including The Organ Loft on the Pacific Northwest’s Classic KING FM, American Public Media’s Pipedreams, WXXI Public Broadcasting’s With Heart and Voic, and Nebraska Public Radio’s Nebraska Concerts series. She released her debut recording Reflections of Light on the Loft label in March 2019.

The Rochester Celebrity Organ Recital Series (RCORS) is administered by the Rochester chapter of the American Guild of Organists (AGO), collaborating with the Eastman School of Music, WXXI, and several local churches to invite some of today’s leading concert organists to perform on Rochester’s rich array of pipe organs. More information on the concert series can be found at rocago.org.

This virtual concert is free and available for viewing after the premier date at https://www.rocago.org/rcors. Suggested donations of $12 are welcome and made possible through our website.