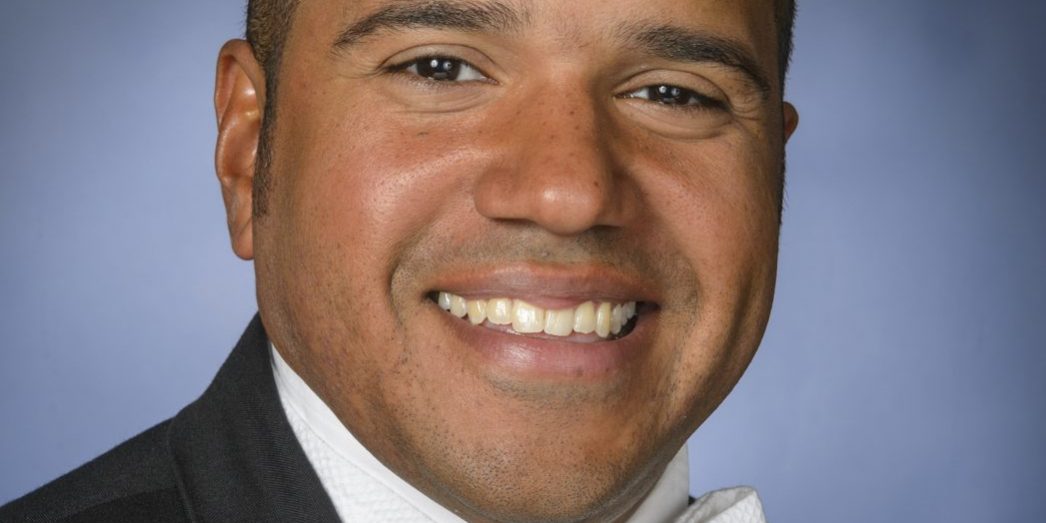 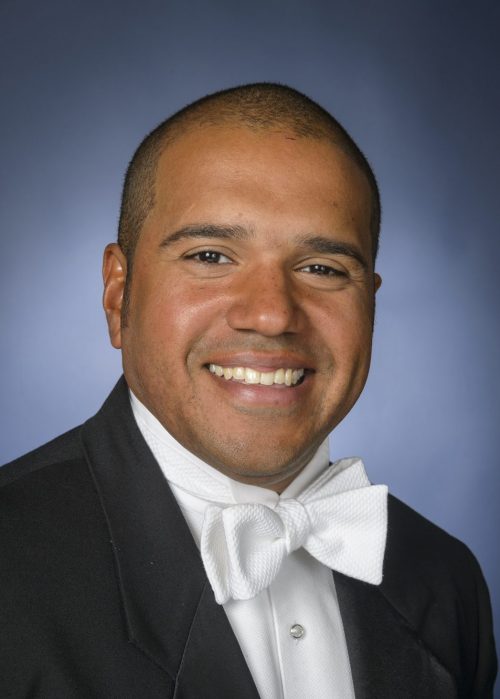 Eastman School of Music, of the University of Rochester, and El Sistema USA® (ESUSA) have recently deepened their partnership with several key personnel appointments and intersectionality initiatives. Both the Eastman School of Music and the Gateways Festival, in partnership with Eastman, joined ESUSA as sponsors for Connect, Adapt, Thrive! initiative; ROCmusic, a Member of El Sistema USA® (of which Eastman is a key partner), is currently led by Dr. Armand Hall, who was just elected to serve as Chair of the Board for ESUSA; in addition, Eastman’s Music Leadership graduate degree student Eli Campbell, joined ESUSA as an intern for his capstone project.

At the December 2020 meeting of the Board of Directors of El Sistema USA®, Armand Hall was elected the new Chair of the Board, after serving on the board for two years. El Sistema USA®, a national membership association dedicated to supporting programs to effect social change through music, launched a three-year, $1 million-dollar investment into 13 organizations in 11 states across the country to bring free music education to underserved youth. Armand Hall is the Executive and Artistic Director of the ROCmusic Collaborative. Under his leadership, ROCmusic Collaborative offers tuition free instrumental-music instruction to the youth of Rochester, New York, in neighborhood community centers.  Dr. Hall is also an instructor of Arts Leadership at the Eastman School of Music and a Rochester Youth Philharmonic Orchestra board member.

“We are thrilled to deepen our partnership with Dr. Hall and the Eastman School of Music, and to be transitioning from one incredible leader of our Board of Directors to the next,” shares Katie Wyatt, President and CEO of El Sistema USA®. “Armand’s deep experience as a teacher, musician, conductor, and leader in music education throughout the country and at ROCMusic are crucial to advancing the work of El Sistema USA®. Armand provided important leadership as Chair of the Committee for El Sistema USA®’s Program for Rising El Sistema-Inspired Organizations (PRESTO), a million-dollar investment by the Paul M. Angell Foundation in the capacity-development of 13 Member organizations of El Sistema USA in communities across the United States.

“I am excited to continue to work with Dr. Hall in his new role as Chair of the Board of Directors to enact our 2025 Vision of equity and musical excellence for the El Sistema-inspired field and the nation.”

“My work in Rochester is buoyed by the connections between the ROCmusic families, the Eastman School of Music’s students and faculty, the Pathways Program, the Hochstein School, and the City of Rochester,” says Dr. Armand Hall. “My job requires me to imagine how to develop partnerships that benefit all, leveraging our collective resources. I look forward to developing partnerships across the country in my continued work with El Sistema USA® to improve life experiences for children and families through music.”

Dr. Hall came to ROCmusic from the University of Memphis, where he was Associate Director of Bands and Coordinator of Instrumental Music Education. His previous work as a public school and collegiate teacher included work as a teaching artist in El Sistema-inspired community music programs around the country. He earned Bachelor’s and Master’s degrees in music education from the University of Michigan, and a Doctorate of Musical Arts in wind conducting at Michigan State University. A frequent clinician and guest lecturer for music programs across the country. Dr. Hall is the educational director for the Archipelago Project and is a member of the College Band Directors National Association, National Association for Music Education, College Music Society, Michigan School Band and Orchestra Association, American String Teachers Association, Phi Mu Alpha Sinfonia Fraternity of America, and Kappa Kappa Psi National Honorary Band Fraternity.

Further strengthening Eastman and ESUSA’s partnership, the final capstone course of Eastman’s Music Leadership graduate degree places a student with a national-level music organization for an individually designed project. This year, graduate student Eli Campbell was interested in learning further about El Sistema organizations. Katie Wyatt was delighted to partner with Eastman to create a 200-hour assignment, in which Eli will be work alongside Katie on fundraising, budget planning, board and executive leadership, and development of regional membership among Sistema programs nationwide.

“As an Eastman Community Music School staff member and a student at Eastman, I have been familiar with the ROCmusic Collaborative and our place within it for a few years,” says Eli. “The mission and the service to students nearby in the Rochester community is really important, and I was eager to expand beyond Rochester and learn about this movement at scale with its El-Sistema-inspired network and approach. I am really excited to join the ESUSA in pursuit of their mission to support and grow programs like ROCmusic that effect social change through music education, and I am thrilled to join Dr. Hall in bringing ROCmusic’s national network a little bit closer to its local network!”

The mission of El Sistema USA® is to support and grow a nationwide movement of programs inspired by El Sistema to effect social change through music for children with the fewest resources and the greatest need. El Sistema USA®’s diverse membership across the United States represents programs that serve some of the most vulnerable communities and children in the country. ESUSA aims to provide connections to knowledge and innovation, advocacy, and leadership development for program directors, teaching artists, students, and volunteers. Members collaborate to share resources, values, aspirations, and advocacy efforts. El Sistema USA® serves three major purposes: strengthening existing nucléos through capacity development and research, encouraging the formation of new nucléos through providing resources, connections and training, and building awareness of the El Sistema movement at large throughout the United States.  Learn more at http://ElSistemaUSA.org.

Founded in 2012, the mission of the ROCmusic Collaborative is to leverage the collective resources of major music-based organizations and educational institutions to provide high- quality music education and performance experiences to youth living in the City of Rochester through year-long, community-based programming and related activities. ROCmusic is a tuition-free after-school program, inspired by Venezuela’s “El Sistema” program, offering instrumental-music instruction to students in grades 1-12 who reside in the city of Rochester, NY. No previous musical experience or training is required. ROCmusic is a partnership between The Hochstein School, Eastman School of Music (University of Rochester), Eastman Community Music School, Gateways Music Festival, City of Rochester, Rochester Philharmonic Orchestra, and the Rochester City School District. Learn more at https://www.rocmusic.org.