Only Art Held Me: The Ying Quartet Presents the Beethoven Cycle Partnership with Bowdoin Festival, Chautauqua and Eastman 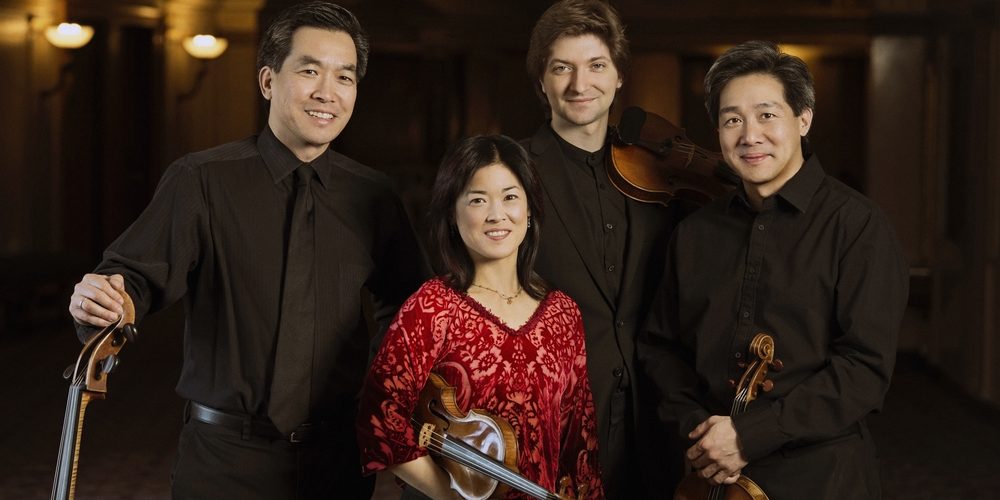 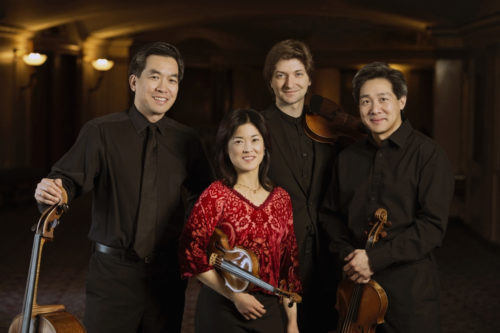 Internationally renowned string quartet the Ying Quartet, in partnership with Bowdoin International Music Festival, Chautauqua Institution, and the Eastman School of Music, will present the full Beethoven String Quartet cycle in a series of concerts throughout the 2020/2021 season, in honor of Beethoven’s 250th birthday. The Yings have given the series the overall title Only Art Held Me.

The first in a series of 10 concerts will be held Sunday, December 6 at 4 p.m., including a Q&A with the Ying Quartet after the performance. All concerts in the series will premiere on Chautauqua’s CHQ Assembly video platform and will be available on demand for audiences to enjoy on their own time, in addition to the initial viewing.

The opening program includes Beethoven’s first and last quartets — the bookends of the series. David Ying explains, “Op. 135, his last, has much of the same charm as his first, Op. 18, No. 3, but also the enigmatic look into the beyond that is so characteristic of his last works.”

Though the Beethoven Quartets have always been a fundamental part of the Ying Quartet’s repertoire, this will be the first time in their 30-year history that the Quartet will present a complete Beethoven String Quartet cycle in one series. “These are the kind of works that live with you your whole life, and our appreciation for them has only deepened as we’ve grown over the decades,” shares Phillip Ying. “2020 in particular has given us pause to think about what we value most and who we want to be. We look forward to sharing this enduring and monumental musical journey with you over the coming months.”

The Ying Quartet chose the series title, Only Art Held Me, from Beethoven’s own words. In his heartbreaking letter to his brothers in 1802, now known as the “Heiligenstadt Testimony”, Beethoven describes at length the anguish and despair he felt in the face of great personal adversity. At his lowest point, Beethoven cries that he would have taken his own life, and “only the Art,” i.e., his music, “held me back.” Philip Ying adds, “There is no music that speaks more powerfully to our time of great adversity and challenge than his string quartets, probing the human condition in honesty and intimacy, and ultimately affirming the resilience and profound strength of the soul.”

“As valued members of the Eastman faculty since 1997, we are inspired by the Ying Quartet’s vision for this series of performances, and we are thrilled to partner with two wonderful institutions:  the Chautauqua Institution and Bowdoin International Music Festival,” states Jamal J. Rossi, Joan and Martin Messinger Dean at the Eastman School of Music.  “During this time when live music has been missed, and when the power of Beethoven’s music to touch our spirits is perhaps needed more than ever, we are thrilled to co-present this timeless music to our audiences.”

“We at Chautauqua Institution are elated for this opportunity to deepen our relationships with the Ying Quartet and Eastman School of Music, and to connect with the Bowdoin Festival,” said Deborah Sunya Moore, interim senior vice president and chief program officer at Chautauqua Institution. “Beethoven’s String Quartet cycle is a monumental undertaking, and the Ying Quartet is offering a gift of hope and humanity as we move in and out of the holiday season. At a time when many of us will be separated from those we love, we are grateful to the Ying Quartet for bringing us together over moments of shared beauty.”

Presenting the Beethoven Cycle virtually opens new possibilities for ordering and pacing the series. In concert settings, the 16 quartets are normally ordered into six very substantial concerts. For this medium, The Ying Quartet decided to present a sequence of 10 broadcasts, each about an hour long. In most of the segments, the Quartets will be thoughtfully paired, and in a few of the segments, a few of the visionary late quartets will stand on their own.

“The Bowdoin Festival is incredibly fortunate to be led by Artistic Directors David Ying and Phillip Ying, and to benefit from the Ying Quartet’s long-time summer residency with us in Maine,” said Festival Executive Director Daniel Nitsch. “While we missed seeing the quartet in person this summer, we are eager to help bring their performances online to viewers around the world. Thank you to our friends at the Chautauqua Institution, Eastman School of Music, and of course, the Ying Quartet, for producing this monumental project.”

The second program, to be presented on Sunday, December 20 at 4 p.m., will consist of Op. 59, No. 1, an epic quartet that stretches from despair to heroic aspiration.

Additional concert dates in 2021 will be announced in the upcoming months, along with special guests and supporting presenters, LIVE Q&As and other opportunities for interaction between the quartet and their audiences. Please visit assembly.chq.org to view these performances LIVE on performance dates, or on demand at any time.

The Ying Quartet, resident quartet at the Eastman School of Music for the past two decades, is one of America’s best-known string quartets. They have performed widely, from Carnegie Hall to the Sydney Opera House, and have created award-winning recordings of repertoire ranging from classics to newly composed works to genre crossing projects. They first came to prominence as young alumni of the Eastman School of Music when they won the Naumburg Chamber Music Award and a top prize at the Banff International String Quartet Competition. At the same time, they were among first recipients of a grant from the National Endowment for the Arts, which supported their residence for two years in the small farm town of Jesup, Iowa.

These twin aspirations— the pursuit of artistic brilliance, and the desire to make classic music relevant to the society in which it exists— have driven the Ying Quartet in its subsequent career. The Quartet continues to perform nationally and internationally and record to acclaim- recognition for the Ying Quartet’s recordings include a Grammy award and four Grammy nominations. At the same time, their touring regularly includes community-oriented events as well as formal performances, and they are proud to make music in everyday life in their hometown of Rochester, NY.

The Bowdoin International Music Festival, under the artistic direction of David Ying and Phillip Ying, is one of the world’s premier music institutes located in Brunswick, Maine. Founded in 1964, the Festival engages exceptional students and enthusiastic audiences through world-class education and performances. Each summer, 250 students from more than 20 countries and nearly every state attend the Festival to study with distinguished faculty and guest artists. The Festival has become a leader in presenting online concerts since starting a robust free livestreaming program in 2017 to increase the accessibility of world-class chamber music to both local and global audiences.

Chautauqua Institution is a community on the shores of Chautauqua Lake in southwestern New York state that comes alive each summer — and year-round through the CHQ Assembly online platforms — with a unique mix of fine and performing arts, lectures, interfaith worship and programs, and recreational activities. As a community, we celebrate, encourage and study the arts and treat them as integral to all of learning, and we convene the critical conversations of the day to advance understanding through civil dialogue.