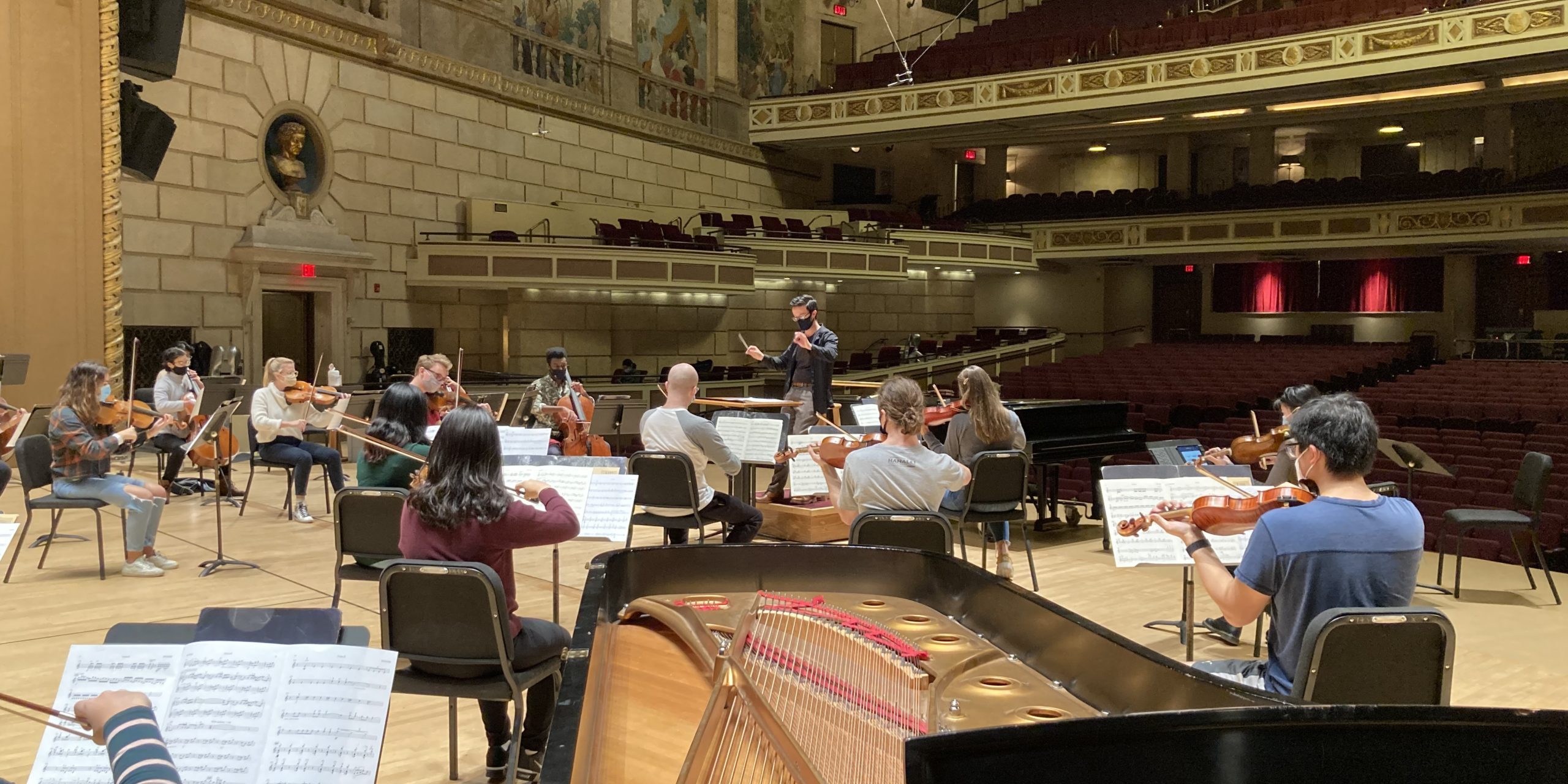 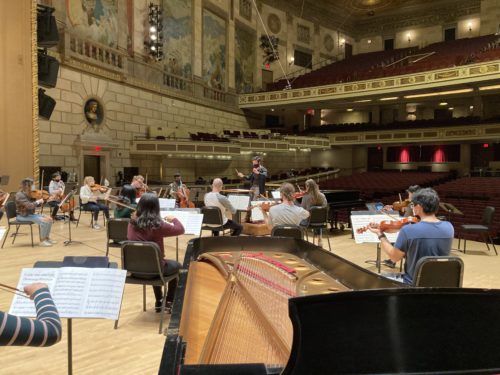 On Monday, October 19, in a livestreamed concert, the strings of the Eastman Philharmonia will perform Banner, a 2014 work by the contemporary American composer Jessie Montgomery. Master’s conducting student Austin Chanu will conduct this work, and offers some background on this unusual, compelling piece.

Can you give me some background about you and your career thus far? How long have you been at Eastman?

I completed my undergraduate degree in Music Composition at the USC Thornton School of Music in 2015. After graduating I began working as a full-time musician in Los Angeles. I was the Music Director of the Los Angeles Music and Arts School from 2015-2019, I worked as a Teaching Artist/Conductor for the LA Phil’s Composer Fellowship Program, and I freelanced as a woodwind player in musical theatre orchestras. I started my master’s degree in Orchestral Conducting at Eastman in the fall of 2019.

How did you become aware of Banner, and why did you decide to add it to an Eastman program?

About six or seven months ago I discovered a string quartet by Jessie Montgomery, Break Away, and I fell in love with her music instantly. I quickly began listening to everything she composed, including an album of her works entitled Strum.

Maurice Cohn, my friend and colleague, was instrumental in helping find works that we both found interesting and could potentially have programmed. We then sent Professor Varon a few options, including pieces by Montgomery, that we thought would work well for the orchestras. Professor Varon really enjoyed Banner and decided to add it to the fall semester repertoire!

Banner was commissioned for the 200th anniversary of “The Star-Spangled Banner.” Montgomery talks about how the anthem never resonated with her as a Black woman, and how she grappled with that while writing this piece. She asked the question, “What does an anthem for the 21st century sound like in today’s multi-cultural environment?” I think she effectively answers this by including national anthems and folk tunes from other countries and cultures, including the Black national anthem Lift Every Voice. 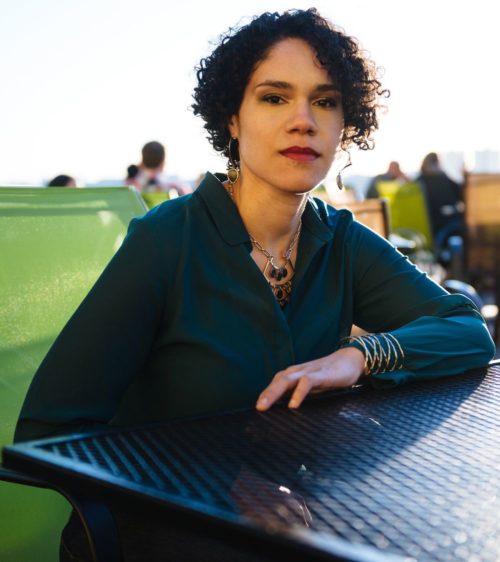 What’s musically interesting about Banner, and what emotional effect does it have on you and (hopefully) an audience?

Banner is structured in the style of a marching band format. It begins with an introduction that quickly leads into a series of contrasting sections before a final push to a strong rhythmic finale. The rhythms throughout the piece are incredibly difficult, but I think the most difficult aspect is balancing the two ensembles and knowing which lines need to be brought out. What I find interesting about the composition is the wide range of colors and textures that Jessie achieves with just a string orchestra. From the use of tremolo, trills, sul ponticello, and sul tasto, to emulating a drum line with col legno and scratch tones, she creates textures that don’t sound like a string orchestra. It’s quite beautiful.

Banner also presents a strong emotional argument. The introduction and opening thematic sections are bright, bold, and confident. The middle section, a dirge, is led by a solo bass playing the Black national anthem Lift Every Voice as the orchestra and quartet play drones and a rhythmic variation of The Pledge of Allegiance. It is an incredibly stirring and beautiful theme. It quickly transitions into a rhythmic drumline variation that sets the orchestra up for a celebratory ending.

The finale leaves me feeling optimistic of the hopes and aspirations of what this country can be. I think Jessie puts it best when she says, “In 2014, a tribute to the U.S. National Anthem means acknowledging the contradictions, leaps and bounds, and milestones that allow us to celebrate and maintain the tradition of our ideals.”

What has it been like working on the piece with the students and what’s their reaction to it?

Banner revolves around a solo string quartet that is accompanied by a string orchestra. The quartet performing is composed of Eastman students Ela Kodzas, Nicholas Shaefer, Jacob Rollins, and Boubacar Diallo. All four of them brought so much energy to every rehearsal that it made the process smooth, exciting, and productive. Having the opportunity to collaborate with this quartet has made me a better musician! I’ve even felt an excitement from the orchestra which has made this entire rehearsal process so much fun. Working with my colleagues in Philharmonia has truly been an honor and one of the best experiences I have had at Eastman.

Monday’s Eastman Philharmonia concert will take place at 7:30 p.m. and be livestreamed on the Eastman School of Music website. Access it here. (A link to the livestream is at the bottom of the page.) Professor Neil Varon, Director of Eastman Orchestras, will also conduct the program, which besides Jessie Montgomery’s Banner includes the First Fanfare from Debussy’s Martye de St. Sebastien, Ravel’s Pavane for a Dead Princess, and Richard Strauss’s Le Bourgeois Gentilhomme suite.