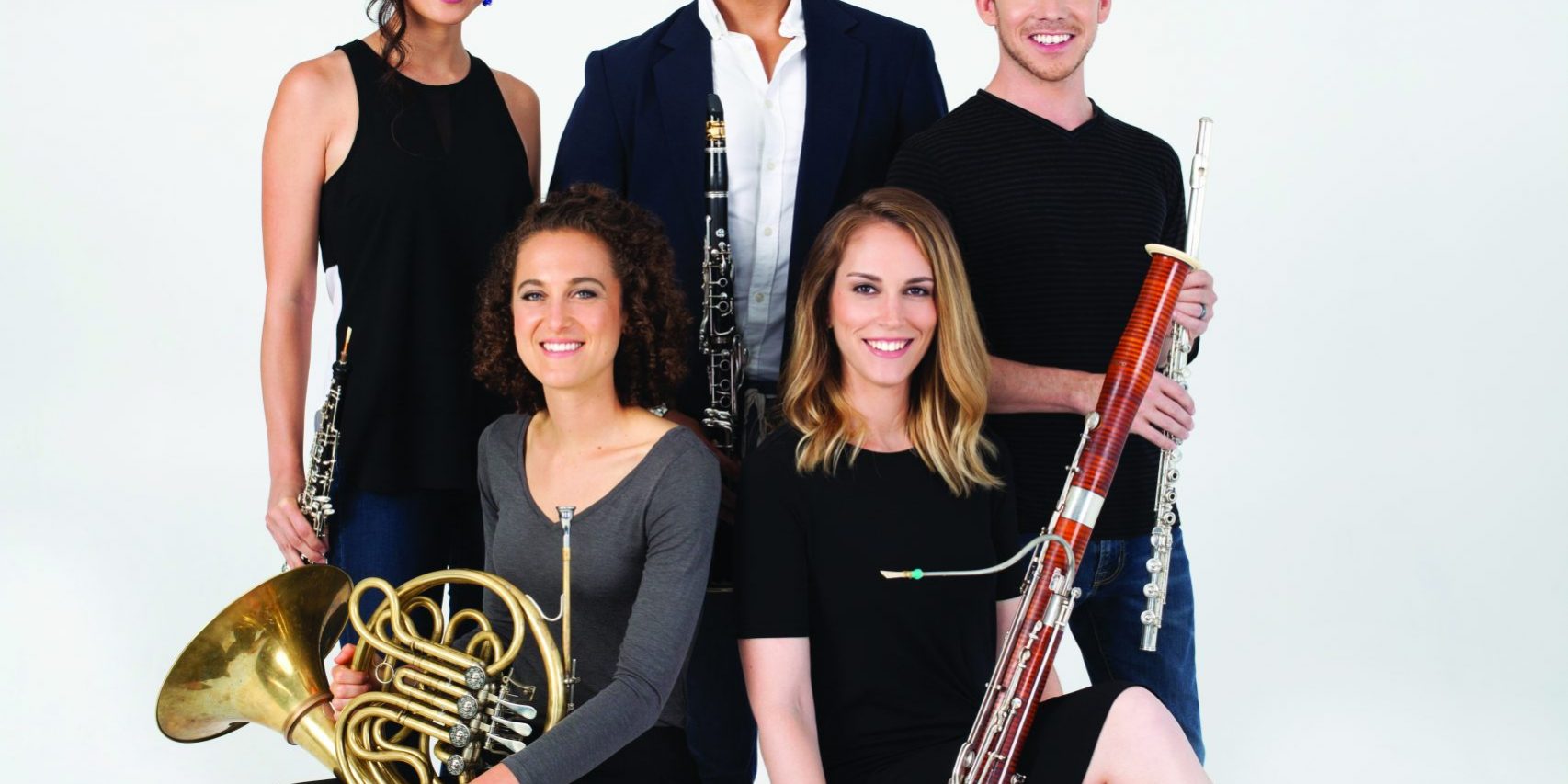 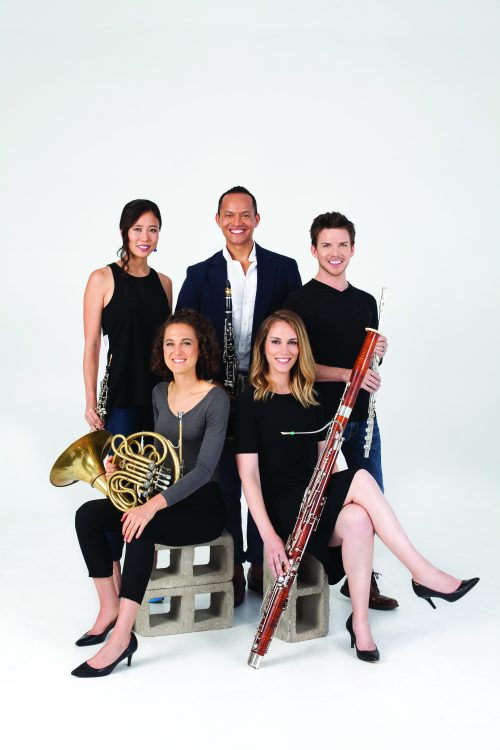 Sync wind quintet will be at Eastman School of Music Tuesday, March 17 through Thursday, March 19 as part of the James E. Clark Chamber Music Residency. The members of WindSync include two Eastman alumni, as well as a third member who did graduate work at Eastman, making their success, and return to Eastman, a wonderful opportunity for students and the Rochester Community to engage and hear the talented group. Established in 2014, the Residency aims to provide Eastman student ensembles with intense, up-close exposure to the playing and teaching of a world-renowned ensemble each Spring. Dr. Clark’s daughter Jamie (BM ’12) was an enthusiastic participant in the chamber music program at Eastman, which is what inspired him to give back to the school that had such a profound impact on his daughter’s education.

Tuesday, March 17, at 12 p.m. in Hatch Recital Hall, WindSync will be performing in a free public concert for the Eastman community and general public. The program will consist of approximately 60 minutes of music and talking as well as a short Q&A following the concert for the audience and students. Following this concert there will be a WindSync public masterclass from 3 to 5:30 p.m. in Hatch Recital Hall. During this time WindSync will work with 3 to 4 student chamber music ensembles in a public setting. Both of these events are free and open to the public.

In addition to the recital and public masterclass, WindSync will also hold private coachings with individual chamber music groups. Anne Harrow, Associate Professor of Flute & Piccolo and Chair of the Chamber Music Department says, “Thanks to the vision and generosity of Dr. Clark, we are excited to host WindSync. This dynamic wind quintet is known internationally for artistic excellence, youthful energy, and joyful, innovative programming.  Chamber music fans will enjoy WindSync’s unique ability to connect with their audiences. They perform from memory, and will feature an interactive question and answer session at the end of their concert.  We welcome everyone to attend their public masterclass as well, to watch them mentor and inspire our own wonderful Eastman chamber music students.  Three of WindSync’s members attended Eastman and played chamber music here themselves!”

WindSync Oboist, Emily Tsai says, “My time at Eastman was the turning point of my career and life.  It was my professor, Richard Killmer, who steered me toward chamber music during my undergraduate years and advocated for me to win the chamber music award upon graduation.  I can’t thank him and the school enough!  As the oboist in the award-winning quintet, WindSync, I am so thrilled to be returning for a week of masterclasses and performances!”

WindSync is five outstanding North American wind musicians who come together as performers, educators, and community-builders. They consist of Garrett Hudson, flute; Emily Tsai, Oboe (BM11 BS11); Julian Hernandez, Clarinet (who did graduate work here at Eastman); Kara LaMoure, Bassoon (BM10); and Anni Hochhalter, horn. WindSync concerts are intimate, joyful, and thoughtfully programmed with people and places in mind. The quintet eliminates the “fourth wall” between performers and audience by performing from memory, connecting quickly and memorably with audiences. In 2018, they were named finalists in the prestigious M-Prize Chamber Arts Competition, and they are recent winners of the Concert Artists Guild and Fischoff national competitions.

Known internationally for their artistic excellence, WindSync has appeared in recital at the Met Museum, the Library of Congress, Shanghai Oriental Arts Center, and Weill Recital Hall at Carnegie Hall. During 2019, they were named for a second time to the touring roster of the Texas Commission on the Arts and held weeklong residencies as visiting artists in Louisiana, Alabama, Mississippi, and Oklahoma. WindSync’s 2019-2020 season features residencies at the University of Texas and the Eastman School of Music as well as performances at Ravinia, the Cliburn Sessions, and Zilkha Hall. Their repertoire themes include space and space travel, Puerto Rican folklife, and indie rock, with the world premiere of a new work by Erberk Eryılmaz leading to the creation of an ambisonic virtual reality performance video.

Advocates of 21st century musicianship models, the members of WindSync have led master classes at New World Symphony, Texas Music Festival, and Northwestern University, among others. WindSync has also served as ensemble-in-residence for Adelphi University, the Chamber Music Festival of Lexington (KY), and the Grand Teton Music Festival. For more information on the WindSync wind quartet, visit http://www.windsync.org