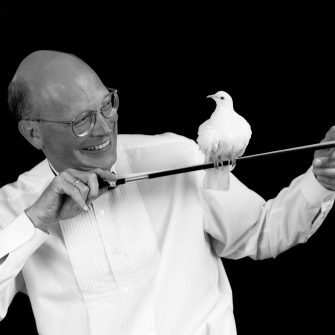 The Faculty Artist Series presents Steven Doane, Professor of Violoncello, and Alexander Kobrin, Assistant Professor of Piano, on Monday, February 24th at 7:30 p.m. in Kilbourn Hall at the Eastman School of Music. Professor Doane and Professor Kobrin will perform a concert featuring music by Beethoven.

Internationally known soloist, recitalist, chamber musician, recording artist, and pedagogue Steven Doane appears at festivals and on concert series throughout the United States and overseas. Doane received his BM from Oberlin Conservatory studying with Richard Kapuscinski, and his MM from SUNY Stony Brook.,where he studied with Bernard Greenhouse.  He received a Watson Foundation Grant for overseas study in 1975, and had further studies in the London and Scotland  with Jane Cowan

Steven Doane and Eastman pianist Barry Snyder have made a series of recordings for the Bridge label. The duo’s recording of the complete music of Gabriel Fauré for cello and piano was awarded the Diapason D’or in France, and has been broadcast throughout the United States and Canada, over the BBC in England, and throughout Europe. The second recording in the series, of works by Britten and Frank Bridge, was also released to critical acclaim, as were Bridge recordings of the Rachmaninoff Sonata with Barry Snyder.

Steven Doane received Eastman’s Eisenhart Award for Excellence in Teaching in 1993, and the Piatigorsky Prize in teaching at the New England Conservatory in 1986. As a member of the New Arts Trio, Doane was awarded the Naumburg Chamber Music Award in 1980. He made his Carnegie Hall and Kennedy Center debuts in Don Quixote with David Zinman and the Rochester Philharmonic in 1983. His Tully Hall recital debut occurred in 1990, and was followed by numerous recital appearances, including programs in London’s Wigmore Hall, Boston’s Saunders Theater, and many other venues. Steven Doane currently holds the title of “visiting professor” at the Royal Academy of Music, London, where he has done several residencies.

Called the “Van Cliburn of today” by the BBC, pianist Alexander Kobrin has placed himself at the forefront of today’s performing musicians. His prize-winning performances have been praised for their brilliant technique, musicality, and emotional engagement with the audience.

Mr. Kobrin’s teaching has been an inspiration to many students through his passion for music. From 2003 to 2010 he served on the faculty of the Russian State Gnessin’s Academy of Music. In 2010 Alexander Kobrin was named the L. Rexford Distinguished Chair in Piano at the Schwob School of Music at Columbus State University, and from 2013 until 2017 was a member of the Artist Faculty of New York University’s Steinhardt School. In July 2017, Mr. Kobrin has joined the Eastman School of Music faculty. Mr. Kobrin has also given masterclasses in Europe and Asia, the International Piano Series and at the Conservatories of Japan and China. Mr. Kobrin has also been a jury member for many international piano competitions, including the Busoni Competition in Bolzano, Hamamatsu Competition, the Blüthner Competition in Vienna, E-Competition in Fairbanks, Alaska, and the Neuhaus International Piano Festival in Moscow.

He has appeared in recital at major halls worldwide, including Carnegie Zankel Hall and Avery Fisher Hall in New York, the Kennedy Centre in Washington, Albert Hall and Wigmore Hall in London, Louvre Auditorium, Salle Gaveau and Salle Cortot in Paris, Munich Herkulesaal and Berliner Filarmonia Hall in Germany, the Great Hall of the Moscow Conservatoire, Sheung Wan Civic Centre in Hong Kong, as well as Sala Verdi in Milan and many others. Other past performances have included recitals at Bass Hall for the Cliburn Series, the Washington Performing Arts Society, La Roque d’Antheron, the Ravinia Festival, the Beethoven Easter Festival, Busoni Festival , the renowned Klavier-Festival Ruhr, the Festival Musique dans le Grésivaudan, the International Keyboard Institute & Festival, and annual concert tours in Japan, China, and Taiwan.

Mr. Kobrin was born in 1980 in Moscow. At the age of five, he was enrolled in the Gnessin Special School of Music, then attended the prestigious Moscow Tchaikovsky Conservatoire.