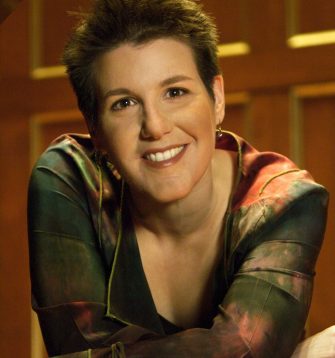 The Faculty Artist Series presents Alison d’Amato, Assistant Professor of Vocal Coaching, on Tuesday, February 11th at 7:30 p.m. in Hatch Recital Hall at the Eastman School of Music. Professor d’Amato will be joined by members of the Eastman Voice Department in performing German lieder by Marcel Tyberg.

Marcel Tyberg (1893–1944) was an accomplished composer, conductor and pianist. His eclectic compositional style embraced popular dance music as well as enormous symphonies on the scale of Mahler.  Unfortunately, due to the conditions of World War II, Tyberg was sent to his death because of his Jewish ancestry and his musical career was prematurely extinguished. As World War II intensified, Tyberg feared persecution and delivered his classical scores to the Mihich family; Henry Mihich was a supporter of Tyberg’s and his son, Enrico, was his music student. Shortly afterwards, Tyberg’s worst fears were realized. He was taken to Auschwitz, where he died in 1944. The Mihich family left Italy for America several years later, bringing the bag of scores with them. They settled in Buffalo, and Enrico Mihich became a respected doctor at Roswell Park Cancer Institute. In the Summer of 2005, Dr. Mihich aligned with The Foundation for Jewish Philanthropies and JoAnn Falletta of the Buffalo Philharmonic Orchestra to release Tyberg’s music to the public. In 2010, Alison d’Amato was the pianist for the world premiere of Tyberg’s Heine Liederzyklus, which was presented in collaboration with the Marcel Tyberg Musical Legacy Fund/Foundation for Jewish Philanthropies in Buffalo, NY.

Alison d’Amato is passionately engaged as performer and teacher in the full spectrum of collaborative musical genres, particularly skilled in song and text-based genres. A valued colleague and innovative mentor, she is Artistic Co-Director of Florestan Recital Project, Assistant Professor of Vocal Coaching at Eastman School of Music, Program Co-Director of Art song Lab, and Lecturer in Voice at University at Buffalo. In all these activities, Dr. d’Amato is dedicated to energizing the relationships and communication inherent in music and bringing students’ love for their music to the forefront of their projects.

Alison has developed several projects that explore interdisciplinary collaborations and new approaches to the performer-audience relationship. Since 2003, her work with Florestan Recital Project has engaged audiences and artists in a broad spectrum of art song collaborations through performances, recordings, and mentoring. This includes several programs in Florestan’s series “Composers in Words and Song,” audio-biographical programs with songs and read correspondence from the composer’s life.

In 2011, she co-created the Art Song Lab (www.artsonglab.com), a program that facilitates creative interaction between writers, composers, and performers from around the world to advance the genre of contemporary art song. From 2007-2015, she was a Founding Faculty member of Vancouver International Song Institute (VISI), a summer program for innovative performance and interdisciplinary study.