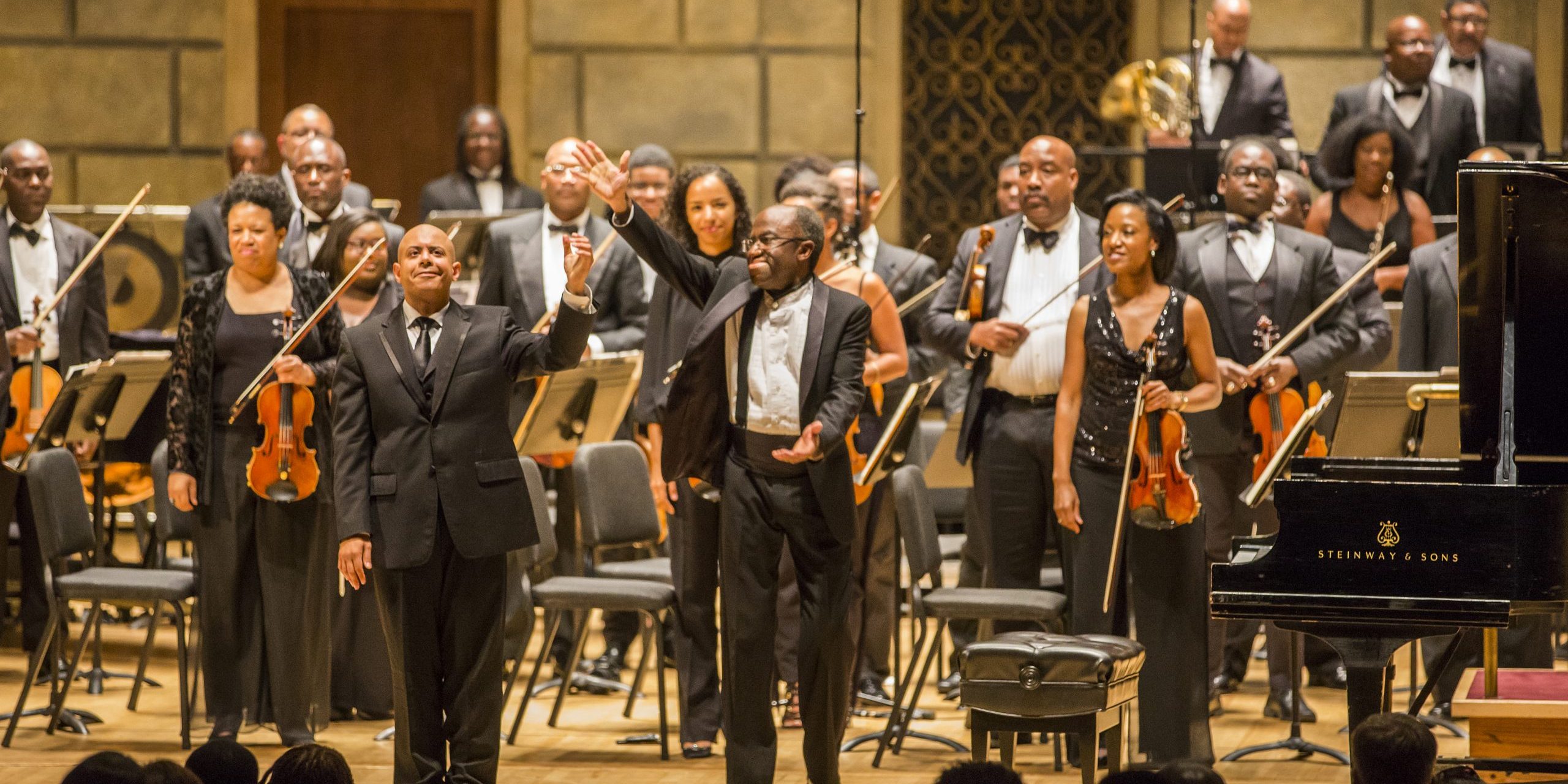 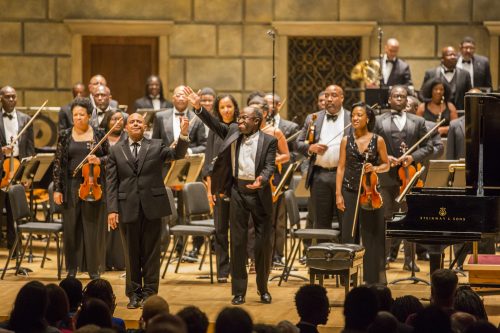 Musicians in the 2017 Gateways Music Festival orchestra perform in the final concert in Kodak Hall with conductor Michael Morgan and pianist Stewart Goodyear at University of Rochester’s Eastman School of Music August 13, 2017. // photo by Dave Jones

After a highly successful 2019 season, Gateways Music Festival in association with Eastman School of Music, announced today it will become an annual event starting in the fall of 2020. A critically acclaimed series featuring world-class classical musicians of African descent, the 27-year-old festival has previously been held biennially, marking this an exciting change in the festival’s history.

“Becoming an annual event has been a long-held dream of Gateways and it was also something we heard a lot of demand for in audience surveys,” said Lee Koonce, Gateways’ president and artistic director.  He added that staging the festival yearly is part of the organization’s 2016-2021 strategic plan.

Scheduled for October 13 through 17, the festival “will offer a slightly scaled-back version of its event-packed programming while maintaining the festival’s high level of musicianship and impact,” Koonce explained. “The focus will be on chamber music, which has always been an important part of the festival’s programming.”

In recent years, the festival has been held in the summer, usually in August. “In a way, we’re returning to our roots,” said James Norman, chairman of the Gateways Board of Directors.  “One of the main advantages of holding the festival in the fall is that we will have more opportunities to connect with students – while schools and colleges are in session – in ways that have been impossible during the summer season.”  According to Koonce and Norman, it is likely that future festivals will also take place in the fall.

The 2019 festival, which was held over seven days in August, was the largest in Gateways’ history, according to Norman and Koonce.  It involved 17 public programs, more than 30 community performances and 125 musicians.

“It was an enormous undertaking for us, especially given our modest staff size and budget,” Koonce said.  “We will return to a full program in 2021 with the symphony orchestra, but for our first annual festival this scale feels right.”

A provisional schedule of events follows.  A more detailed Festival program will be released in the coming months.

The mission of Gateways Music Festival is to connect and support professional classical musicians of African descent and enlighten and inspire communities through the power of performance. Founded in 1993 by concert pianist and now-retired Eastman School of Music associate professor Armenta Hummings Dumisani, Gateways brings 125 select musicians to Rochester, New York, from across the United States and abroad for more than 50 performances at concert halls and community venues throughout the region. In May 2016, Gateways Music Festival formally associated with the Eastman School of Music, a Festival partner since 1995.

The Eastman School of Music was founded in 1921 by industrialist and philanthropist George Eastman (1854-1932), founder of Eastman Kodak Company.  It was the first professional school of the University of Rochester. Mr. Eastman’s dream was that his school would provide a broad education in the liberal arts as well as superb musical training. The current dean is Jamal Rossi, appointed in 2014.