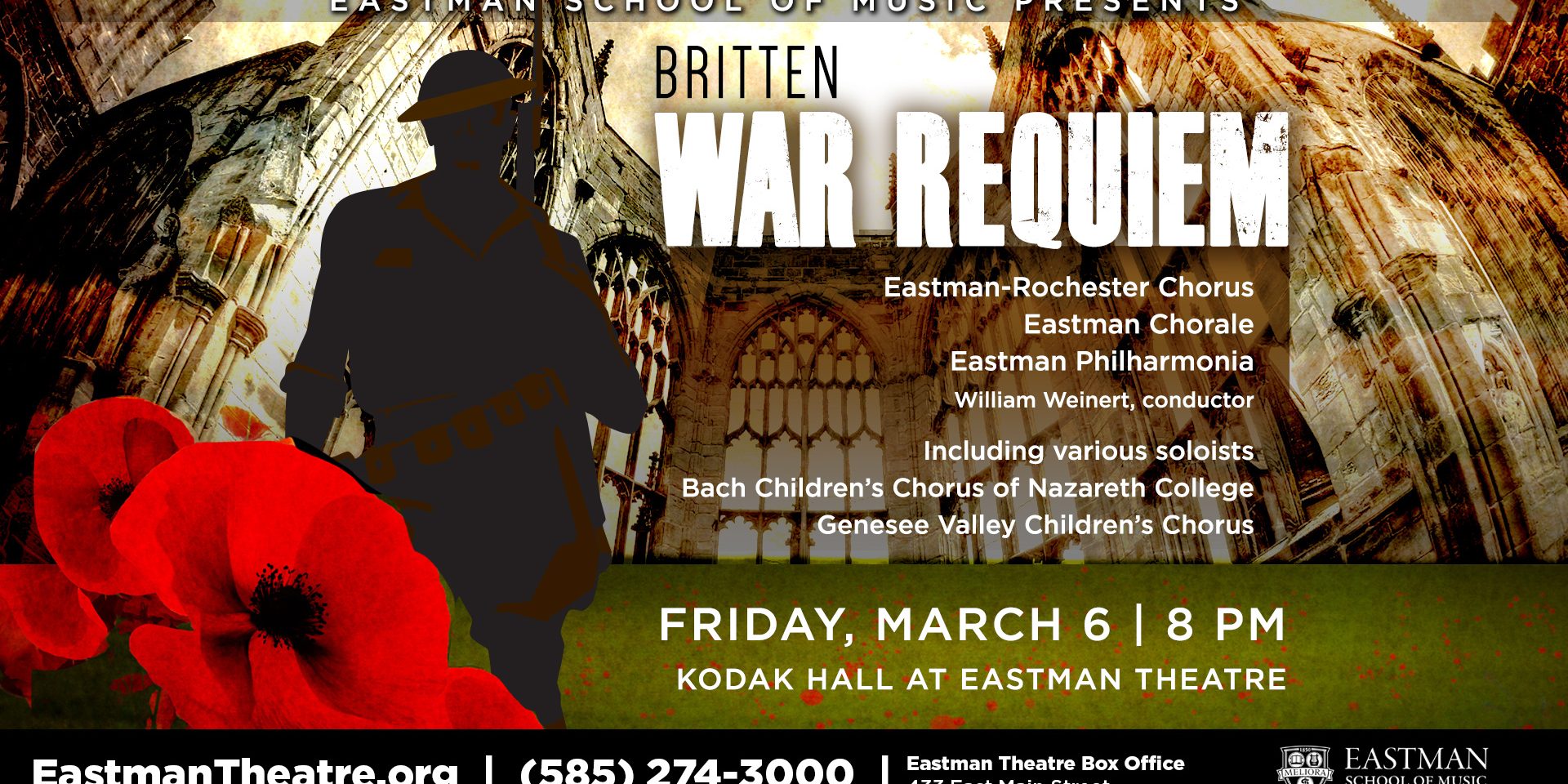 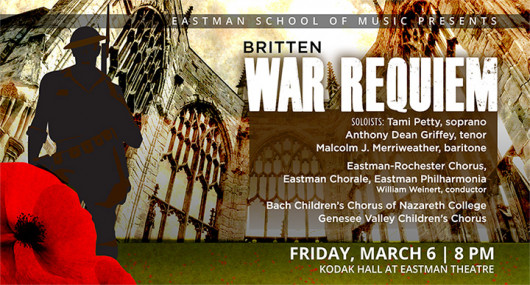 Benjamin Britten’s War Requiem, a powerful choral masterpiece denouncing war and honoring the fallen, will be presented by the Eastman School of Music at 8 p.m. Friday, March 6, in Kodak Hall at Eastman Theatre, with the concert serving as a benefit for UNICEF.

“The War Requiem is Britten’s most significant concert work, and the work that brought him the most widespread acclaim during his lifetime. It is also the most important musical work ever written with an anti-war message,” said Weinert.  “The genius of Britten’s artistry is his ability to present complex music and profound poetry with the kind of perfect clarity that makes an immediate and unforgettable impact on listeners.”

The War Requiem was commissioned to celebrate the opening of the new Coventry Cathedral, built to replace the 14th-century structure destroyed during a World War II bombing raid in 1940. The work’s premiere on May 30, 1962, was a triumph, and subsequent performances were acclaimed by critics and audiences in England and abroad.

The 90-minute work consists of six movements that intersperses Britten’s setting of the traditional Latin Mass for the Dead with poems by English poet and World War I soldier Wilfred Owen, who was killed one week before the Armistice was signed. The musicians and singers are divided into three groups that alternate and interact with each other throughout. The ensembles and soloists join together only in the final movement.

Britten War Requiem is free and open to the public. While admission is free, donations are greatly appreciated as this event benefits UNICEF.