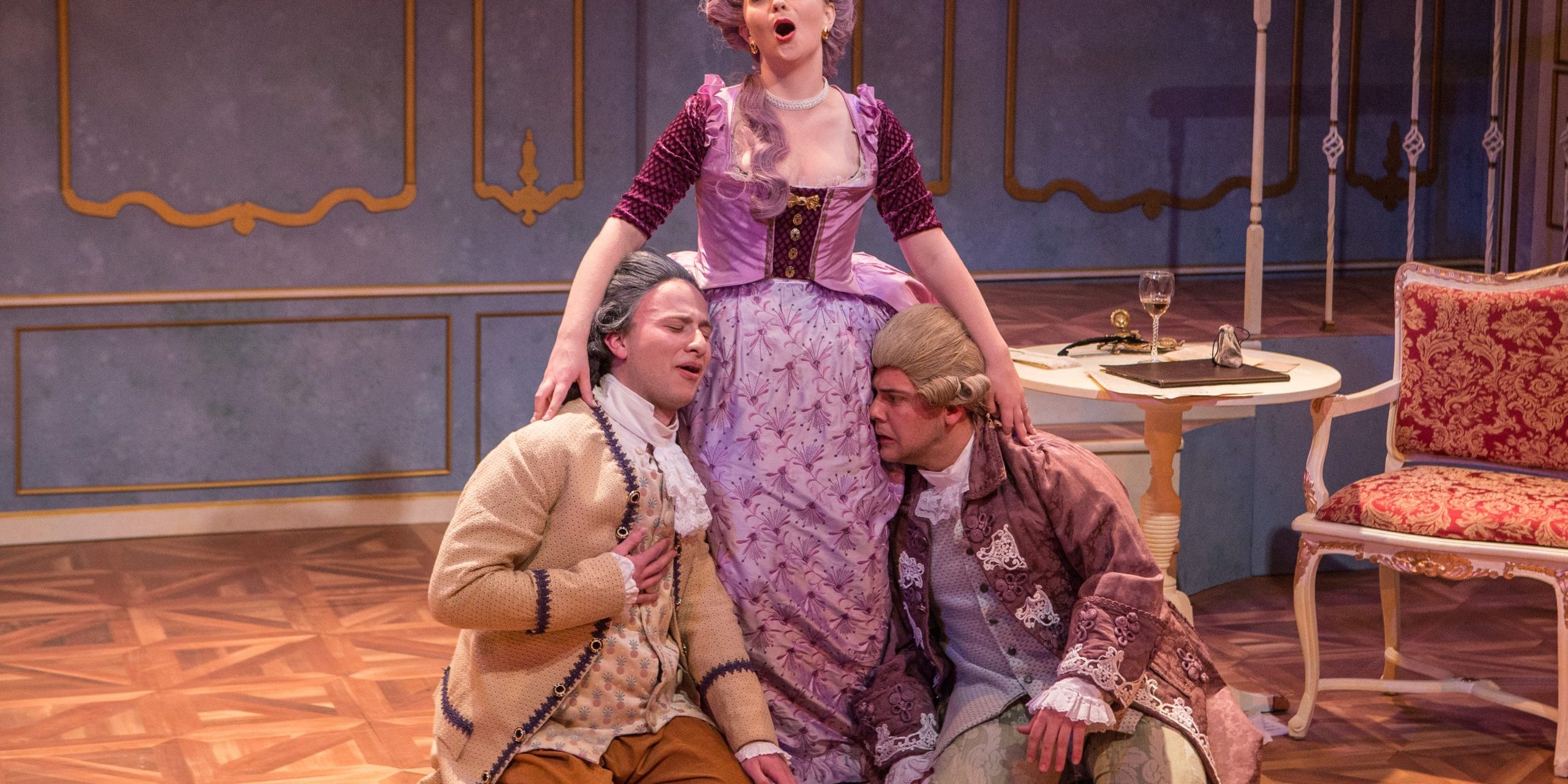 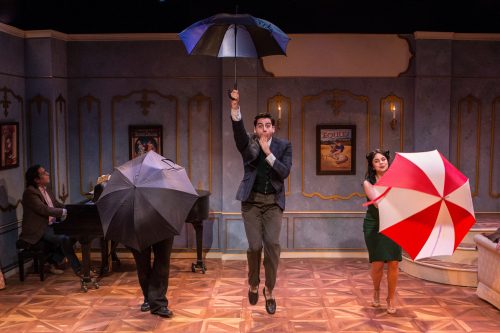 A bit of The Pirates of Penzance in Mozart’s Impresario: Behind the umbrella is Trevor Scott (as Tyler); Jordan Costa (Steven Sibley); and Lucy Almada (Sylvia Sibley); Tim Long is at the piano. Photograph by Nic Minetor.

This weekend, Eastman Opera Theatre presents a comedic double bill featuring Antonio Salieri’s Prima la musica e poi le parole [First the Music, Then the Words] and Mozart’s The Impresario for a second weekend of performances. The production includes stage direction by MM candidate Ian Silverman and musical direction by Timothy Long. This is the second blog post by voice student Jeremy Lopez, one of the students playing Mr. Plume in the production, about the opera and his preparation.

With a run of two weekends, this season’s winter double-bill marks the first time in recent history that Eastman Opera Theatre has mounted a production longer than the typical one-weekend. Having just wrapped up a successful first weekend of performances, the cast, the crew, and the directors are all ready for a few days’ rest before the final four performances this Thursday through Sunday.

These few days off from the production are practically the first days that we have had off since the start of this semester two weeks ago. However, the last two weeks have been the most exciting and rewarding part of the rehearsal process. Stage director Ian Silverman (MM ‘20) says, “It was exciting to see how the production took shape over those two weeks as we refined the lighting cues and other aspects to make the production the best it could be.” He continued, “I almost teared up watching the final dress rehearsals when we added the final element of wigs and makeup to the show because it was the first time I was able to see the complete realization of what we as a design team had been working to create.”

Our first encounter with the set for the shows was met with a lot of excitement. A new space meant more time working our staging into the completed set. However, each show only had one rehearsal to work out these kinks before tech rehearsals began. Soon enough, lighting cues were being completed and each cast member had to be on top of their game for every rehearsal. 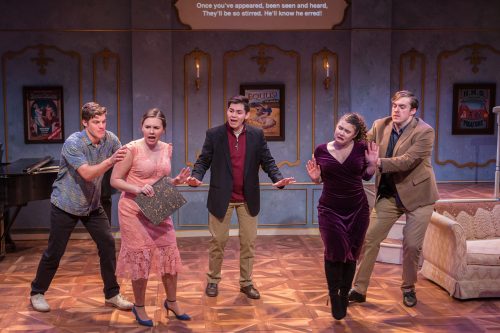 Jumping right into tech rehearsals posed several challenges for the whole team too. Ian mentioned that, simply put, winter break was just a long time to be away from rehearsals. However, he said that it held an opportunity as well. “In fact, I am somewhat thankful for that gap in time because it prevented us from getting too comfortable or complacent with the staging. Both of these productions require a ton of focus and commitment from the performers for them to be successful.”

Music director Timothy Long offered insight into his roles in the winter production. He said, “Productions always come to life when adding the set, lighting, and costumes. People move differently, commit differently. Adding an audience has also boosted the production and I have had a great time being on stage with everyone, as opposed to my usual place in the pit. These are very fun and very ridiculous shows and it’s been a great pleasure to work on them.” Behind the scenes, Long was tasked with polishing every musical aspect of the double bill from recitative to trio. However, he was also given the spoken role of the “Maestro” of the theatre company who plays for all of the auditions.

After two weeks of tech rehearsals, dress rehearsals, and a weekend of performances, we are all getting as much rest as we can in order to gear up for another weekend open to the public. As this production nears its close, I grow more and more proud of the work we have all put into it over the past few months, and am extremely excited to rouse audiences to laughter a few more times! 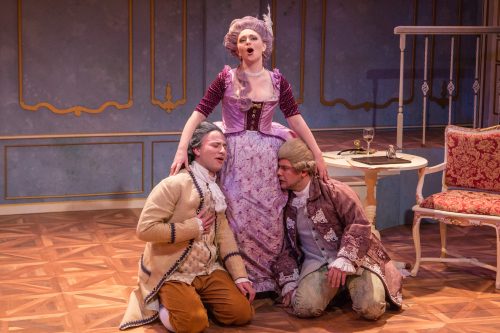