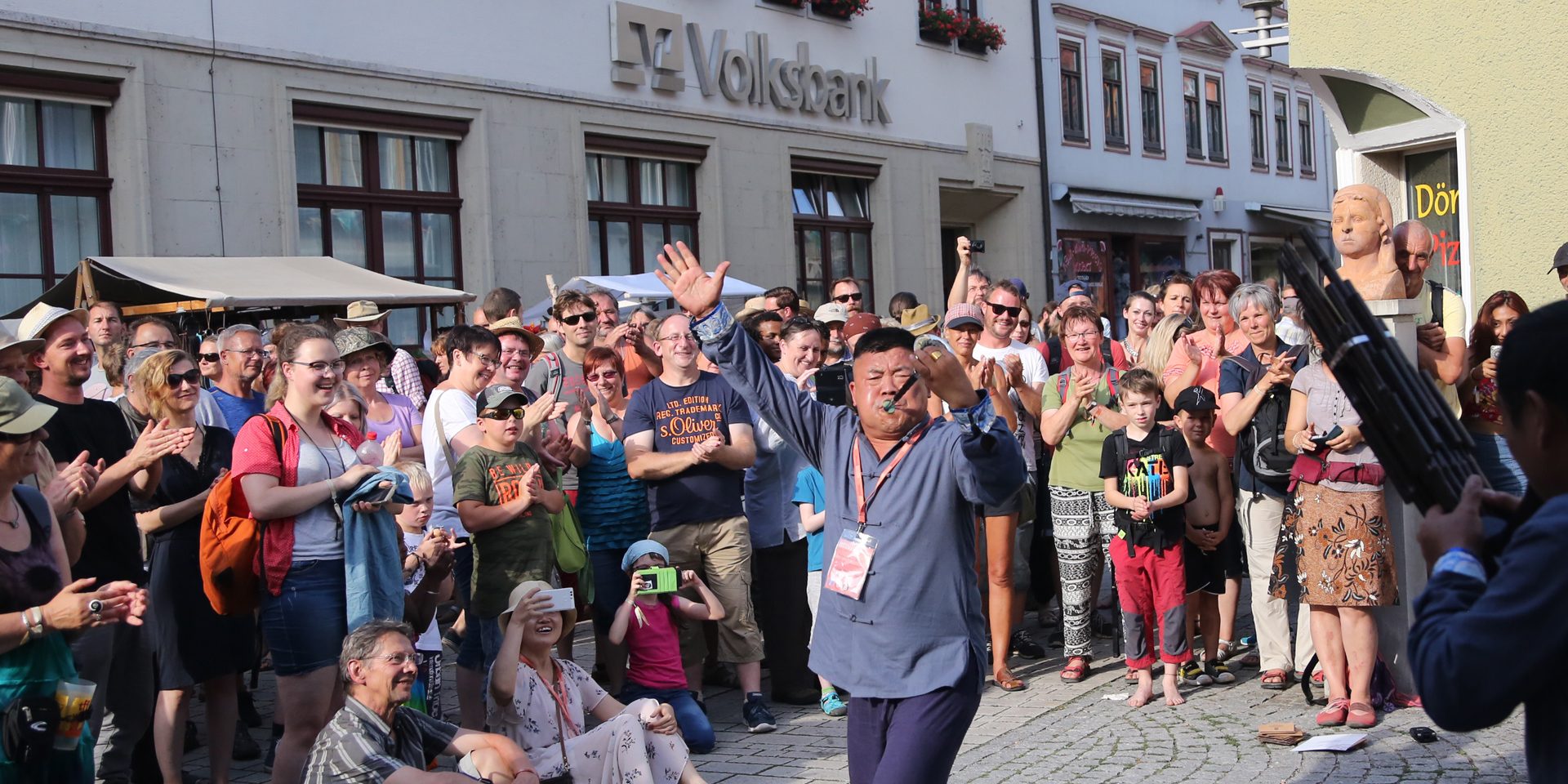 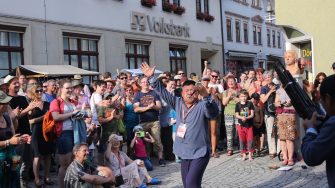 Hailing from Lingbi in the Anhui Province of central eastern China, The Zhou Family Band takes pride in being the loudest orchestra at any festival! Playing traditional wind and percussion instruments, they perform music that has accompanied birth and death celebrations of people of Central-Eastern China for more than 600 years. Coming from the Anhui Province, part of the Central Plain area which formed the cradle of Chinese civilization, the Zhou family have been musicians for seven generations, and are bearers of a tradition that represents the finest of Chinese folk music – Bolin Laba, a national intangible cultural heritage of China as declared by the Chinese government.

The Zhou Family Band performs at weddings, funerals, and rituals of worship to their ancestors and welcoming deities. They play suona shawm, sheng mouth organ, dizi flute, Chinese drums and cymbals, and kaxi (a combination of voice and blown instrument played by the same musician to imitate opera singing), and often blend theatrical stunts and music to make their performance even more spectacular.

Zhou Jingzhi, founder of the Zhou Family Band, played in the Royal Court of the Qing Dynasty. After the era of dynastic China came to an end, later generations of the family made their living by playing at local ceremonies.  Now more than 100 members of the Zhou family and over 1000 students are active in playing at rituals in their hometown and the adjacent areas.

The concert is generously funded by, and part of, the Barbara B. Smith World Music Series.

Tickets for the Zhou Family Band are available at $26 with $10 student tickets available. Tickets can be purchased at the Eastman Theatre Box Office, 433 East Main St.; by phone (585) 274-3000; or online at http://eastmantheatre.org