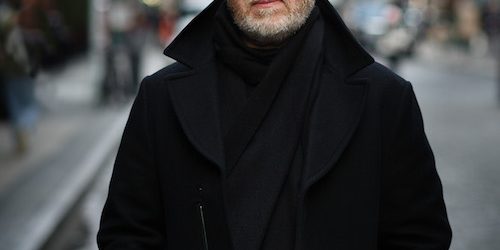 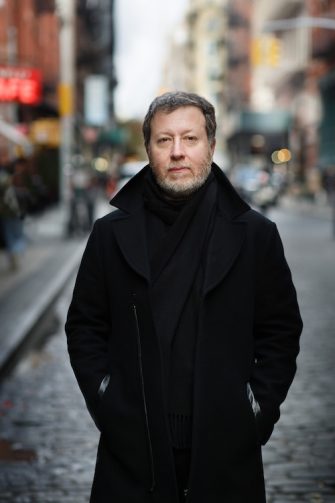 An incredible night of music will occur at the Eastman School of Music’s Musica Nova concert Thursday, October 17 at 7:30 p.m. in Kilbourn Hall. The program will include the world premiere of guest composer and vocalist, Kate Soper’s Missing Scenes: The Winter’s Tale as well as Steve Reich’s Radio Rewrite (2012), Elliott Carter’s ASKO Concerto (1999-2000), conducted by Daniel Brottman, and Alvin Singleton’s Again (1979) conducted by Georgia Mills. A highlight of the concert will be Musica Nova director Brad Lubman receiving the Ditson Conductor’s Award for the Advancement of American Music from Columbia University.

Kate Soper is a composer, performer, and writer whose work explores the integration of drama and rhetoric into musical structure, and the wonderfully treacherous landscape of the human voice. Students at Eastman will have the opportunity to work with Soper, not only as an artist sharing her tremendous voice, but also as a guest composer. When asked about the upcoming concert Soper says, “I’m excited to come to Eastman to premiere this piece with Brad Lubman and the students!”

When hearing of the award, Brad Lubman said “It’s a great honor to be the recipient of the 2019 Ditson Conductor’s Award, and to join the list of previous recipients, including my mentor Oliver Knussen, and the very first recipient in 1945, Howard Hanson, who was for many years the director of the Eastman School of Music, where I have been a faculty member since 1997.”

Jamal J Rossi, Joan and Martin Messinger Dean at the Eastman School of Music notes, “The Ditson Conductor’s Award is widely recognized for honoring conductors who champion contemporary American music.  I am thrilled to see Brad Lubman recognized for his unrelenting commitment to bringing new music to life, and for him to receive this most-distinguished award, for which Eastman’s legendary composer/director Howard Hanson was the first recipient in 1945.”

Brad Lubman, conductor/composer, is one of the foremost conductors of modern music and a leading figure in the field for over two decades. A frequent guest conductor of the world’s most distinguished orchestras and new music ensembles, he has gained widespread recognition for his versatility, commanding technique, and insightful interpretations. His flexibility in a variety of settings has led him to conduct a broad range of repertoire from classical to contemporary works, and to direct projects including orchestra, opera, multimedia, and mixed ensemble. Lubman has led major orchestras including the Bavarian Radio Symphony Orchestra, Royal Concertgebouw Orchestra, Los Angeles Philharmonic, San Francisco Symphony, Danish National Symphony, NDR Symphony Orchestra Hamburg, DSO Berlin, SWR Sinfonieorchester, WDR Symphony Cologne, Orchestre Philharmonique de Radio France, Finnish Radio Symphony, and the Netherlands Radio Philharmonic Orchestra. Lubman is on the faculty of the Eastman School of Music as Associate Professor of Conducting and Ensembles, and on the faculty of the Bang on a Can Summer Institute.

The Eastman Musica Nova Ensemble has been under the direction of Brad Lubman since 1997. Current assistant conductors are Georgia Mills and Daniel Brottman. The ensemble consistently performs a diverse variety of music by the greatest composers of our time, including Reich, Boulez, Adams, Ligeti, Birtwistle, Rihm, and Haas, in addition to some of the classic works of early 20th-century literature by Schoenberg, Webern, and Varèse. Former students from Musica Nova have gone on to become members of some of the most important professional ensembles, like the GRAMMY nominated JACK Quartet, Alarm Will Sound, the MIVOS Quartet, and Ensemble Signal.

Kate Soper has been hailed by The Boston Globe as “a composer of trenchant, sometimes discomforting, power” and by The New Yorker for her “limpid., exacting vocalism, impetuous theatricality, and mastery of the modernist style.” A Pulitzer Prize finalist, Soper has received awards from the Guggenheim Foundation, the American Academy of Arts and Letters, the Koussevitzky Foundation, Chamber Music America, the Lili Boulanger Memorial Fund, the Music Theory Society of New York State, and ASCAP. Praised by the New York Times for her “lithe voice and riveting presence,” Soper performs frequently as a new music soprano. Soper is a co-director and performer for Wet Ink, a New York based new music ensemble dedicated to seeking out adventurous music across aesthetic boundaries. She teaches composition and electronic music at Smith College. Her new opera, “The Romance of the Rose,” premieres April 2-5, 2020, at Peak Performances of Montclair State University.