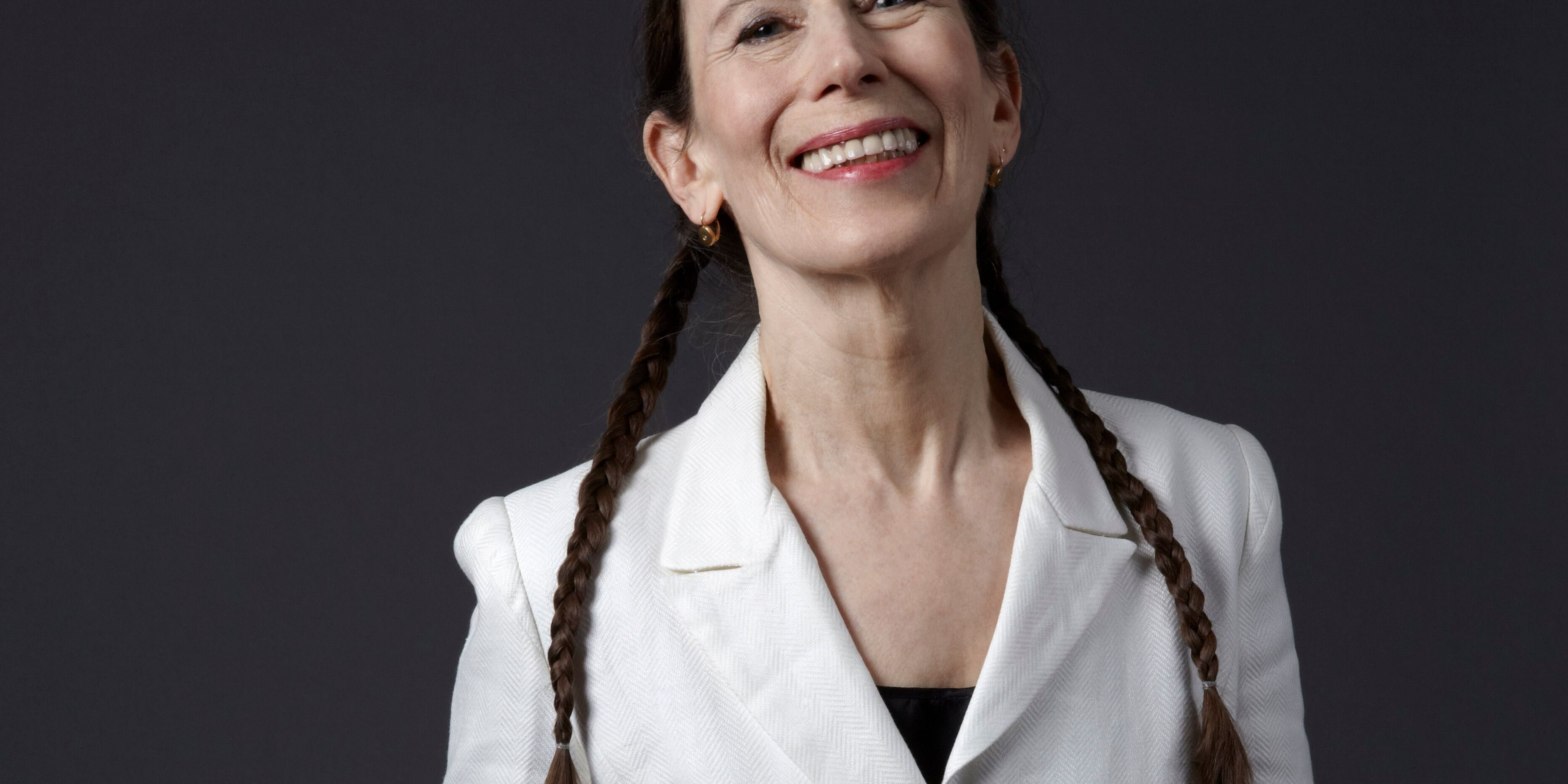 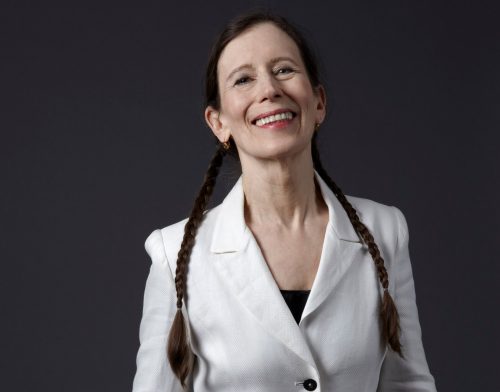 The multi-talented, profoundly creative artist Meredith Monk visits the University of Rochester this week with her vocal ensemble for a multi-day residency titled Dancing Voice/Singing Body. Monk and her vocal ensemble are the inaugural visiting artists for the Institute for the Performing Arts at the University’s School of Arts and Sciences, and Eastman will welcome her on October 23 as the 2019 Glenn Watkins Lecturer. This Eastman lecture program was established in 2003 by distinguished musicologist and Eastman School of Music alumnus Glenn Watkins ’53, to bring an exceptional figure in the field of music and related humanistic disciplines to speak at the school.

Meredith Monk has been a trailblazer in the areas of what are now called “extended vocal techniques” and in the creation of boundary-defying theatrical presentations that merge sung and orchestral music, drama, and movement into enthralling, sometimes startling works of theatrical art.

“Meredith Monk’s music is gorgeous — soaring, searing — in a way that complicates narratives about what ‘new music’ should sound like,” says Eastman Assistant Professor of Ethnomusicology Anaar Desai-Stephens. “Yet, while her music is accessible in many ways, that doesn’t mean it’s easy. Instead, her work raises profound questions about what it means to be human and what humans are capable of, from intimate care to spectacular dystopia.

“The impact of her work comes in great part from how she uses the voice to produce sounds that are both human and more than human. Now called ‘extended vocal technique,’ this re-thinking and re-feeling of the voice has been one of Meredith’s most profound contributions to music in our time.” 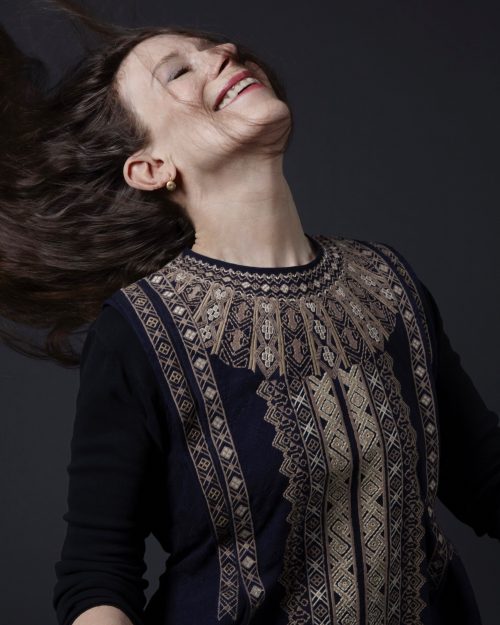 As a composer, singer, director, choreographer, filmmaker, and creator of new opera, music-theater works, films and installations, Meredith Monk has received three of the highest honors bestowed on living artists in the United States: induction into the American Academy of Arts and Letters (2019); the 2017 Dorothy and Lillian Gish Prize; and a 2015 National Medal of Arts from President Barack Obama. In conjunction with her 50th season of performing and creating work, she was named Carnegie Hall’s 2014-15 Debs Composer’s Chair.

2019 brought renewed attention to two of her masterpieces, with a widely praised Los Angeles revival of her 1993 opera Atlas, and the release of a newly restored film of her multimedia work from the 1970s, Quarry, an exploration of fascism.

John Kapusta, Assistant Professor of Musicology, says of Monk: “In the late 1960s, Monk began presenting performances integrating music, dance, theater, and media. At a time when many avant-gardists remained committed to abstraction, she embraced storytelling. Often likened to a shaman or bard, she explored relatable themes—womanhood in particular—in the vocabulary of ritual and myth.

“As a singer, she drew on a range of cultural traditions to create unconventional music with immediate sensuous appeal. Her deft combination of stylistic eclecticism, multimedia spectacle, and topicality earned her critical acclaim and inspired a generation of artists. Monk set the stage for the genre-defying, unapologetically beautiful, timely works that dominate the new music scene today.”

As the Watkins Lecturer, Ms. Monk will not give a formal lecture, but we will hear her in conversation with Desai-Stephens, who sums up her achievements:

“When we think about Meredith’s work and legacy, it’s helpful to remember that she comes from a family of musicians and, specifically, singers. Yet, her own work has been multi-genre and multi-disciplinary from the beginning, incorporating movement, theatrical staging, film, and more. This interdisciplinarity has made Meredith’s work speak to a wide range of audiences and practitioners. Indeed, her most ardent fans are other artists who see the ways she has coaxed open these art forms to become parts of new worlds of creative possibility. 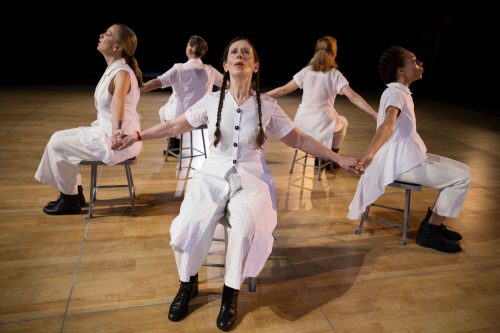 Meredith Monk and ensemble in performance