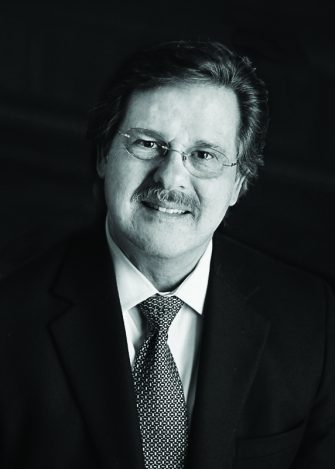 The Faculty Artist Series presents bass-baritone Jan Opalach, Associate Professor of Voice, Friday, October 4th, at 7:30 p.m. in Kilbourn Hall at the Eastman School of Music. Professor Opalach, along with piano DMA student Peter Klimo, will be performing a program of German lieder by Liszt and Schubert. and Lizst piano transcriptions of Schubert lieder.

Mr. Opalach has made many recordings of music from Bach and Haydn to Stravinsky and Eliliot Carter and can be heard on the Albany, Argo, Avie, Bridge, CRI, Decca, Delos, EMI, Koch International, L’Oiseau-Lyre, Lyrichord, Naxos, Newport Classic, Nonesuch, Teldec, Telarc, Virgin Classics, Vox Unique labels.,recording most recently, I. Stravinsky’s L’Histoire du Soldat, narrating [in English] all the voices, conducted by the Eastman Wind Ensemble’s Mark Davis Scatterday and performed by distinguished faculty members of The Eastman Virtuosi. He has also been an adjudicator for the Naumburg, Joy in Singing, and Concert Artist Guild competitions.

Hungarian-American pianist Peter Klimo has been studying piano since the age of nine. A Los Angeles native, he began his piano studies with Vicharini and Rosanna Marzaroli and continued with Dr. Tyler Tom. Peter earned his Bachelor’s Degree from the Eastman School of Music studying with Dr. Nelita True, his Master’s Degree from the Yale School of Music studying with Peter Frankl, and an Artist Diploma from Texas Christian University with Dr. Tamás Ungár. He has competed and won prizes at several international piano competitions, most recently third prize in the Bartók International Competition, and has had the opportunity to perform concertos with the Hungarian National Philharmonic, the Pheonix Symphony Orchestra, and many more. Peter is currently in his third year of his Doctorate of Musical Arts in Performance and Literature degree at the Eastman School of Music, studying with Alan Chow.

Tickets for Eastman’s Faculty Artist Series are $10 for the general public and free to current Season Subscribers and UR ID holders. Tickets can be purchased at the Eastman Theatre Box Office, 433  Eastman Main Street, 9:30AM – 2:30PM., Monday-Friday; by phone (585) 274-3000; or online at http://eastmantheatre.org