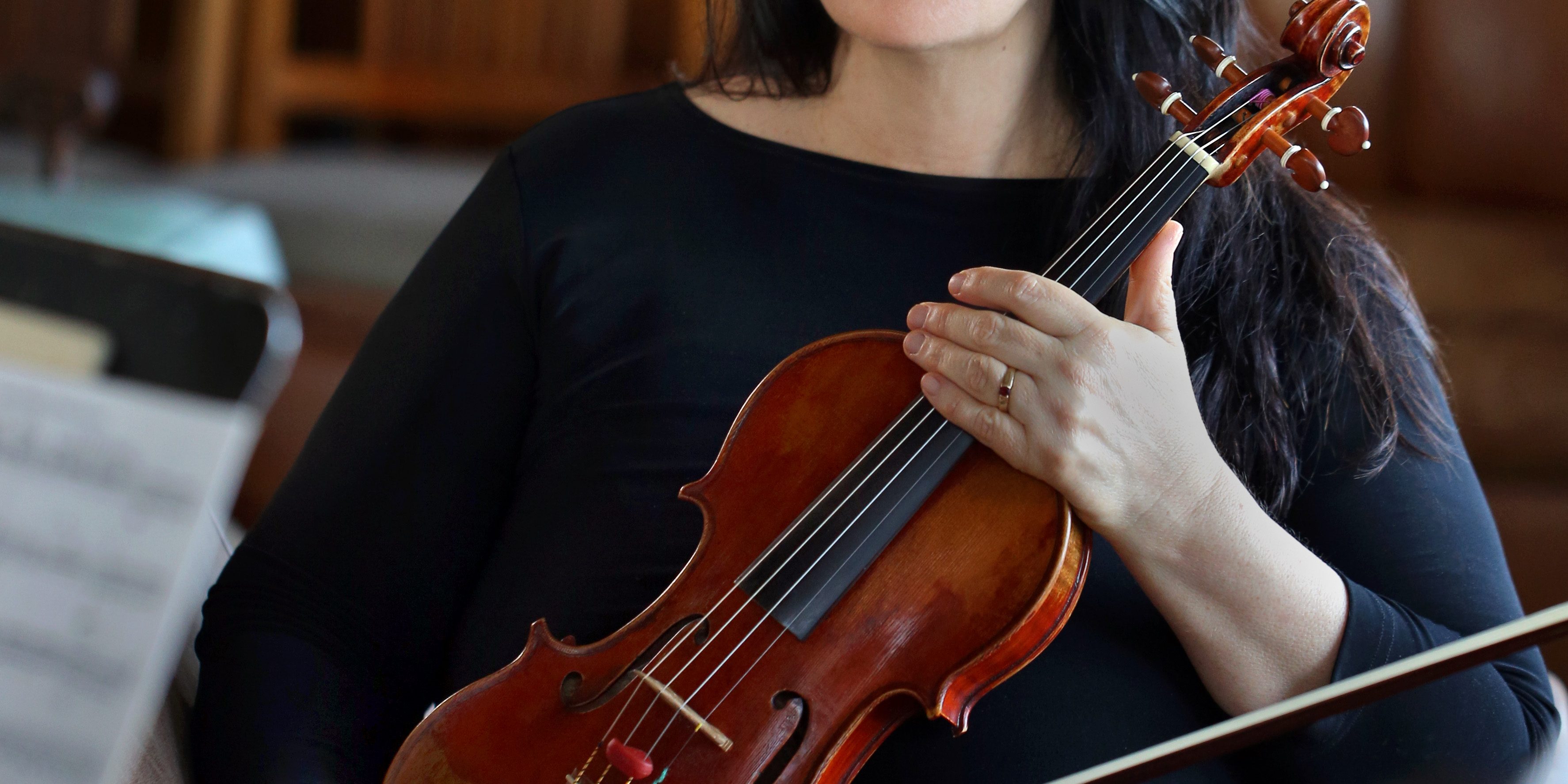 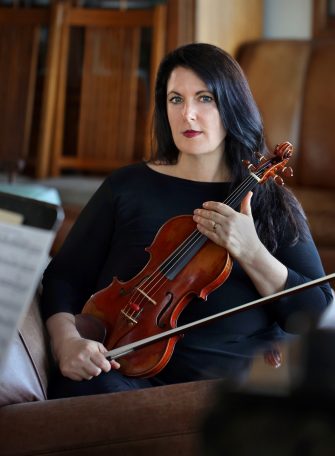 Maria Newman (BM ‘84), award-winning composer, violinist, violist, and pianist, will be in residence at the Eastman School of Music from September 7 through 13, 2019, sharing her musical talents and experiences with the Rochester community.

Newman will be featured on two faculty concerts, she will present a talk entitled “Breaking Through the Newman Shadow: Creating Your Unique Path in Music” through Eastman’s Institute for Music Leadership (IML), and she will offer a unique presentation entitled “The Newmans of Hollywood” through the Beal Institute. Newman will also present a September 11th “In Remembrance” tribute concert, featuring four of her original works and several guest artists.

Maria Newman has been commended and recognized by the U.S. Congress for her work in the field of music composition, performance, and recording. As composer and performer, Newman’s original concert works and scores for historic silent films are presented around the globe in the world’s major municipalities, including such domestic venues as Carnegie Hall, the Kennedy Center, the U.S. Capitol Building on Capitol Hill, the National Archives in Washington D.C., William Randolph Hearst Castle Private Theatre, the President’s Own Marine Band Barracks, Nokia’s NOVO Theatre, NYC’s Symphony Space, the Music Scoring Stages of 20th Century Fox, MGM, Paramount, Sony, Universal, and Warner Bros., to name but a few. Newman is featured regularly on radio and television worldwide in live recorded concert performances and spotlight interviews on broadcasts such as CBS Sunday Morning, and National Public Radio’s From the Top with Christopher O’Riley. A George Wellington Miles Scholar of Yale University, Newman is an elected member of the American Academic Music Honor Society, Pi Kappa Lambda.

Newman’s work has earned her accolades as an Annenberg Foundation Composition Fellow, a Mary Pickford Library & Foundation Composition Fellow, and as a Variety Music Legend. Newman is Composer-in-Residence, soloist, and concertmaster with the Malibu Coast Chamber Orchestra, and Viklarbo Chamber Ensemble, and is Music Director and Conductor of the Malibu Coast Silent Film Orchestra. Often in the international spotlight, Maria Newman is the acclaimed soloist in Miklos Rozsa’s Viola Concerto with the Nuremburg Symphony (Germany) on the GRAMMY Award-winning Symphonic Hollywood CD, (Varese Sarabande label), and served as solo violinist and physical animation inspiration for the character of “The Grasshopper” in the 1996 Walt Disney release of Tim Burton’s, James and the Giant Peach.

Maria Newman is part of what is often referred to as the “Musical Newman Family Dynasty,” as the daughter of nine-time Academy Award-winning composer, Alfred Newman, the sister of film composers and conductors Thomas Newman and David Newman, and the cousin of Randy Newman. Maria Newman’s recording studio is based in Malibu, California, in a California craftsman venue designed by renowned architect, Eric Lloyd Wright, of the Frank Lloyd Wright Family of architects.

“As an Eastman alumna, Maria exemplifies so much of what we value and teach our students,” says Jamal Rossi, Joan and Martin Messinger Dean of the Eastman School of Music. “Not only is she a gifted performer and an accomplished composer, Maria is an influencer and enlarger of the music community where she lives. We are so pleased to welcome her back to Eastman where she can inspire the next generation of artists who will impact their own communities.”

In this Institute for Music Leadership (IML) public event, Maria Newman will speak about some of the difficulties of being born into a well-known musical family, and her attempts to break free of those barriers. She will also talk about projects, initiatives, and ventures that she has launched throughout her musical career in the light of success, failure, and lessons learned.

A special musical conversation with Maria Newman and her longtime colleagues: Scott Hosfeld, violist; and pianist Wendy Prober. Newman’s storytelling and music-making will depict little-known tales of her famous family of musicians, their musical influences, successes and failures, hopes and dreams, paths and endeavors, and what it has been like to “grow up Newman.” A Q&A to follow, led by Eastman Faculty Reinhild Steingröver and Mark Watters. Presented by the Beal Institute for Film Music and Contemporary Media.

“In Remembrance: a Tribute to Courage, Heroism, and Hope for the Future”

The program will include four works by guest composer and violinist Maria Newman, including: Songs from Time of War: A Breath of the Mississippi with Isabella Thatcher, soprano, Scott Hosfeld, violin, and Wendy Prober, piano; and Kate Shelley and the Midnight Express, performed by Newman, Thatcher, Scott Hosfeld, Prober, and Joaquin Hosfeld, percussion.

“It is my privilege and honor to have the opportunity to come and be at Eastman for a wonderful week of music making and conversation,” shares Maria Newman. “Eastman has made a huge difference in my life, and I do not know where I would be now if I had not had the remarkable experiences that I had there as a student!”