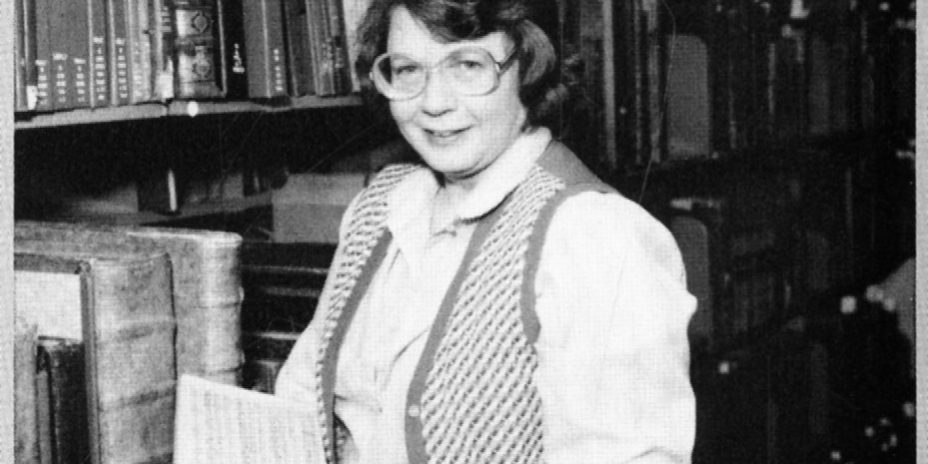 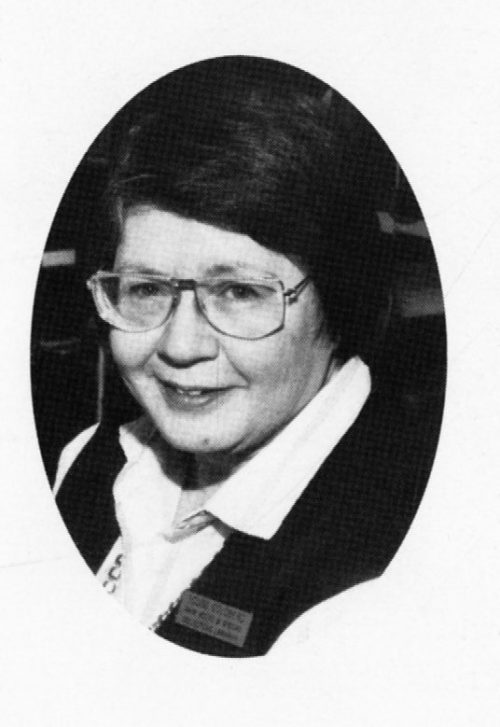 Louise Goldberg, as seen in the 1991 edition of Eastman’s yearbook, The Score

Louise Goldberg, longtime librarian at the Eastman School of Music’s Sibley Music Library, died on May 31, 2019 in Baltimore, Maryland.

Louise earned the Bachelor of Arts degree—with a major in music and a minor in French—from Smith College. Subsequently she attended the Juilliard School for a year as a viola student before turning to graduate study in French. Returning to the city of her birth, she earned the Master of Arts degree in French from the University of Chicago and then taught French for six years at New Trier Township High School in Winnetka, Illinois. In 1967 she came to the Eastman School of Music and began her doctoral studies in musicology.

The “Vita” in Louise’s doctoral dissertation notes that she was a member of the Sibley Music Library staff from June 1971. While working as head of reference, she assumed authority over the rare books collection when Dr. Klaus Speer retired in 1976; Louise’s title became Head of Rare Books and Reference. Louise retired from Sibley Music Library in June 1993.

After her years at Sibley Louise became active as a scholarly editor. She served as Managing Editor at the University of Rochester Press and also copyedited numerous books on music and other topics for the  Press. She also served as Assistant Editor for the Journal of the American Musicological Society.

As a musicologist Louise worked largely in the area of nineteenth-century French music, with a focus on the music of Hector Berlioz. Her Eastman dissertation, “Les Troyens of Hector Berlioz: A Century of Productions and Critical Reviews” (1973), meticulously cataloged the productions and critical reception of this opera. Ralph P. Locke, Professor Emeritus of Musicology at Eastman, writes that Louise’s dissertation “was a pathbreaking work, showing that the opera had not gone unperformed for a century (until revived by Rafael Kubelik, Colin Davis, and others) but, in fact, had been performed, though in severely truncated versions, in numerous cities. She also demonstrated that the scores that were published reflected the version that was being staged, thus enabling us to know more about the cuts and changes and think about what motivated them.” Louise’s discoveries about this opera reached a broader audience through the Cambridge Opera Handbook series; her chapter in Hector Berlioz: Les Troyens (Cambridge University Press, 1988) was entitled “Performance History and Critical Opinion” and was supported by an eleven-page appendix listing “select” performances of this opera from 1863 to 1987. Combining her performance background as a violinist turned violist, her ability with the French language, and her musicological training, Louise translated into English the important treatise of Pierre Baillot’s (1771–1842), The Art of the Violin (Northwestern University Press, 1991), with a Foreword by Eastman Professor of Violin, Zvi Zeitlin.

Louise is remembered fondly as a sterling example of a librarian who cared about bringing music to performance and also as a scholar and editor who found myriad ways to help excellent scholarly work find its way to the broader world of performers, music students, and concertgoers. 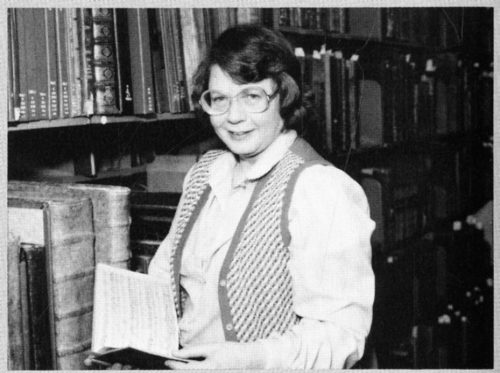 Louise Goldberg in 1983, from The Score