Let’s Put on a Show: Eastman is on the Fringe! 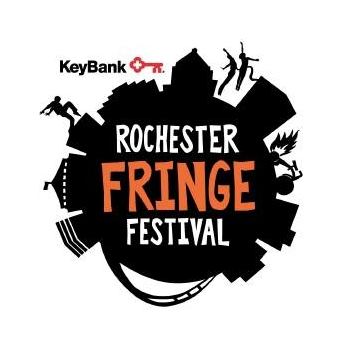 The University of Rochester Institute for Popular Music and the Eastman School of Music present “Fragile and More,” a concert devoted to Yes’s 1971 album “Fragile,” plus additional Yes tracks. Performed by nationally acclaimed Yes tribute band Going for the One along with faculty, students, staff, and alumni of the of the University of Rochester and the Eastman School, this performance will include “Roundabout,” Long Distance Runaround,” “Heart of the Sunrise,” “South Side of the Sky” and more.

Among the faculty members performing are John Covach, professor of Music Theory at Eastman as well as professor of music and director of the Institute for Popular Music at The University of Rochester. As a guitarist, Professor Covach has performed throughout the United States and Europe. He remains active as a member of the progressive-rock band, Land of Chocolate, as well as with various other projects.

Paul Burgett (1946-2018), beloved friend of the Rochester Fringe Festival, Gateways Music Festival and all things Rochester, viewed the world through the lens of music. For Paul, music had the power to heal and to bring people together. This performance features some of the music Paul loved most – from classical to jazz – played by Gateways Music Festival’s Brass Collective, a national touring group featuring musicians Courtney Jones and Herb Smith (trumpets), Eric Davis (French horn), Isrea Butler (trombone) and Richard White (tuba).

Joining NEXUS are Eastman’s own Michael Burritt, Professor of Percussion and Chair of the Woodwinds, Brass, and Percussion Department, and John Beck, Professor Emeritus of Percussion. Having performed on four continents and nearly forty states, Michael Burritt is in frequent demand, performing concert tours and master classes throughout the United States, Europe, Asia, Australia, and Canada. One of the world’s most well-respected percussionists, John Beck was inducted in the Rochester Music Hall of Fame on April 22, 2018.

Sing Sunday. SING. Reverend Rickey Harvey of Mt. Olivet Baptist Church leads an afternoon of sacred song by some of Rochester’s best gospel artists. Be uplifted by the renowned, all-female choir AKOMA and be moved by Pastor Harvey’s own group – Reverend Rickey Harvey and the Dynamic Dixie Wonders. Not to be missed.

Sharp angles contrasted with smooth textures and combined with dynamic solos make for an evening of continuous color. Stretching boundaries, challenging expectations, and spinning intricate webs of sonic exploration. This performance features all newly composed music by Dave Rivello, specifically created for Fringe 2019. Come and get lost in DRE | RED.

Dave Rivello is an assistant professor of Jazz Studies and Contemporary Media, as well as the director of the award-winning New Jazz Ensemble, at Eastman. Also a freelance composer/arranger/music copyist, his music has been widely performed throughout the United States and Germany.

Based on a ballet by Cole Porter, TableTopOpera’s Within the Quota looks at 100 years of U.S. immigration policy. The chamber group reworks a transcription of Porter’s score by William Bolcom and Richard Rodney Bennett; in collaboration with George Eastman Museum, it accompanies this music with an array of historical and contemporary images and film clips. The ensemble has previously created multi-media projects with noted comic-book artist P. Craig Russell, photojournalist Paolo Pellegrin, and film composer Jeff Beal.

Live and on stage! The Memory Palace podcast brings a night from America’s past to the Fringe. The show has carved out a unique place in this new art form, even landing its host a gig as an Artist in Residence at the Met. Drawn from a decade of the Memory Palace including a few tales old and new from Rochester’s own history, Nate DiMeo will present an unforgettable evening of stories, music and pictures.

The following are additional shows in the eighth annual KeyBank Rochester Fringe Festival which feature Eastman performers—students and alumni—in other venues:

Temperley is a professor of music theory at Eastman School of Music, but in his spare time, he has written more than 100 songs. The style is a unique blend of rock, classical, and cabaret, with engaging melodies, witty and touching lyrics, and intricate piano accompaniments. The songs will be sung by Alicia Ault, a recent Eastman voice graduate and up-and-coming soprano in the Toronto music scene, with Temperley at the piano.

“Little Red’s Most Unusual Day” is an operatic retelling of the “Little Red Riding Hood” story, in a way you have never seen before! This family-fun production introduces children to the world of opera by including iconic music from Rossini’s “The Barber of Seville” and several Offenbach operettas. “Little Red” is part of John Davies’ Opera Tales Series and has been performed across the country. This immersive production will feature students and alumni from the Eastman School of Music.

BIODANCE/ Missy Pfohl Smit, director of the University of Rochester’s Institute for the Performing Arts and Program of Dance and Movement and W. Michelle Harris return to Fringe to create “The Fragile Corridor”, an all-new show with percussion phenomenon and Eastman School of Music Professor Michael Burritt, together with the Eastman Percussion Ensemble. Gorgeous, live, cinematic mix envelopes the virtuosic dancers, musicians and audience in a completely immersive experience.

For more on both Eastman and University of Rochester participation in the festival, visit http://www.rochester.edu/arts/fringe/.Eastman Theatre tickets can be purchased at the Eastman Theatre Box Office by phone at (585) 274-3000, or online at eastmantheatre.org.

Tickets for all Fringe events, as well as more information on the Rochester Fringe Festival, are available on the festival website www.rochesterfringe.com. Tickets can also be purchased by phone at (585) 957-9837, or in person at the Fringe Box Office, One Fringe Place, located across from the Eastman Theatre on the corner of Main & Gibbs Streets, Rochester, NY 14604.