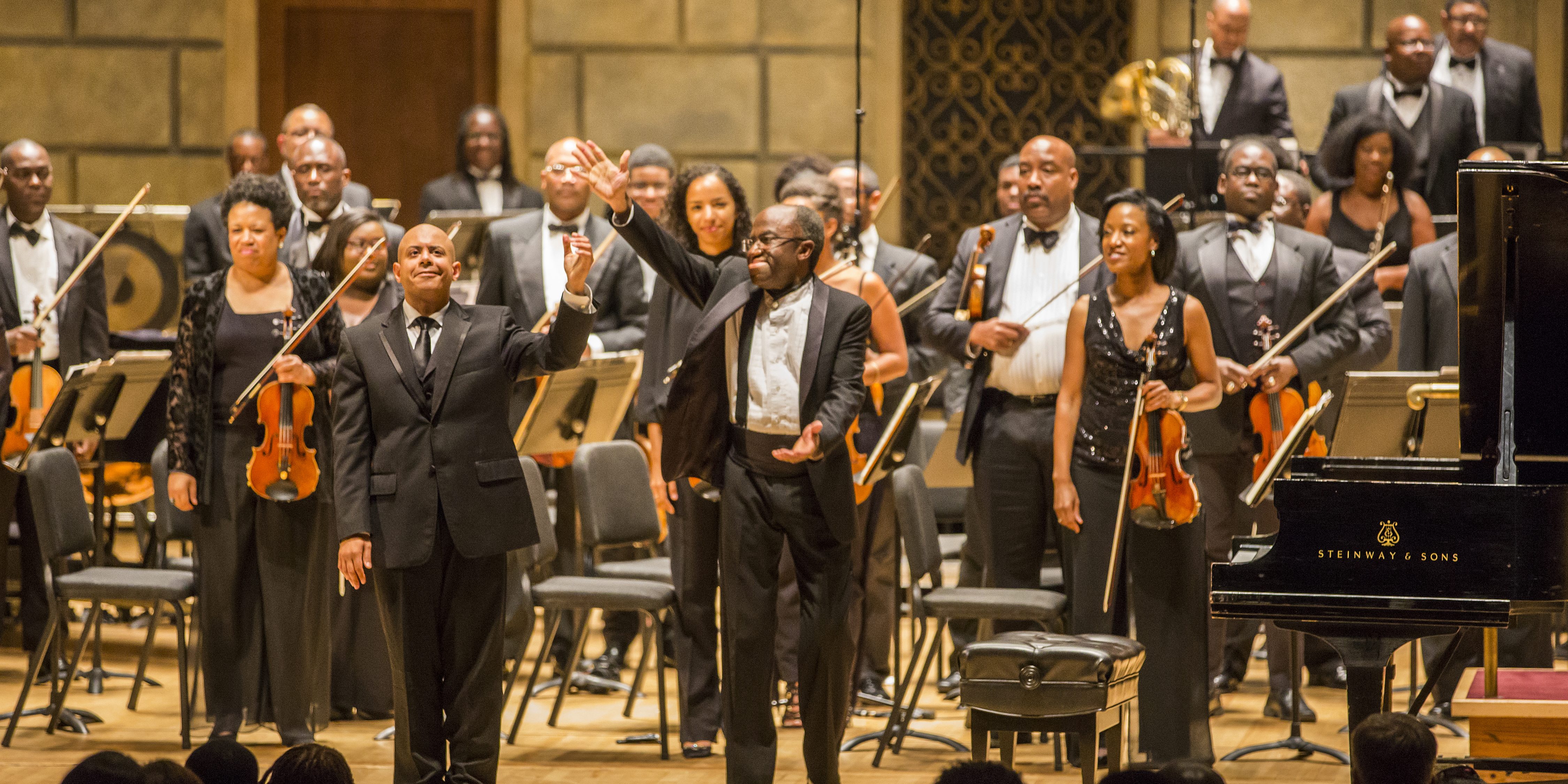 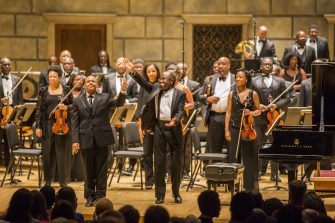 The Gateways Music Festival in association with Eastman School of Music announces its 2019 lineup and introduces two new events during its six-day run in Rochester, August 6 through 11.

New this year are a four-picture film series and an “after hours” session featuring popular and contemporary music.  Both additions expand the offerings of the 26-year old classical music celebration of professional musicians and composers of African descent.

Renowned mezzo-soprano Denyce Graves is the festival’s featured guest artist.  She will sing arias from the operas Carmen and Adriana Lecouvreur and African-American spirituals at the final concert of the festival with the Gateways Music Festival Orchestra at 4:00 p.m., Sunday, August 11 in Kodak Hall at Eastman Theatre.

“Denyce is one of the world’s great singers, and her performance will be a powerful capstone to the 2019 Festival,” said Michael Morgan, conductor and festival music director.

Talking about what’s in store for Gateways’ audiences this year, Lee Koonce, Gateways president and artistic director, said, “Our goal for programming in 2019 has been to provide a wide variety of performances and events that take place throughout the afternoon and evening each day of the Festival. In 2019, there is something for everyone.”

Jamal Rossi, Joan and Martin Messinger Dean of the Eastman School of Music, spoke of Gateways and its relationship to the school. “Eastman is proud of the growth of the Gateways Music Festival and grateful for the partnership between our organizations,” he said. “Gateways is an important part of the Eastman family, and we are looking forward to this summer’s Festival with much excitement.”

Two of the films in the series are: Body and Soul, a 1920’s-era silent film by African-American filmmaker Oscar Micheaux, starring renowned African-American singer and actor Paul Robeson and accompanied by a 16-piece chamber orchestra, at 7:30 p.m., Friday, August 9 in Kilbourn Hall; and Kinshasa Symphony – An Ode to Joy, a documentary about the everyday lives of members of the Orchestre Symphonique Kimbanguiste in Kinshasa, the capital of the Democratic Republic of Congo in Africa, 6:30 p.m., Wednesday, August 7 at The Little Theatre.

The festival also will feature performances of solo, chamber, and orchestral works by composer Florence Beatrice Price (1887-1953).  In 1933, Price became the first African-American woman to have a work performed by a major symphony orchestra (the Chicago Symphony).  A documentary about her life is part of the festival film series.

Gateways’ growing concert and entertainment offerings are part of a broader plan.  “Gateways’ programming has expanded consistently over the past couple of years in response to feedback we gathered during our strategic planning process in 2016,” said James Norman, chairman of the Gateways board of directors. “These additional performances and events, which we hope will be appealing for our Rochester-based audience, are also necessary for Gateways to achieve the goal of becoming a festival that attracts visitors from around the country and beyond.”

Other festival highlights include:

Only four of the many events of this year’s festival will be ticketed:

For a complete listing of Gateways events, repertoire and artists plus ticket purchase information, visit the Gateways web site at: www.gatewaysmusicfestival.org.

The mission of Gateways Music Festival is to connect and support professional classical musicians of African descent and enlighten and inspire communities through the power of performance. Founded in 1993 by concert pianist and now-retired Eastman School of Music associate professor Armenta Hummings Dumisani, Gateways attracts 125 musicians to Rochester, New York, from across the United States and abroad for more than 50 performances throughout the Rochester area. In May 2016, Gateways Music Festival formally associated with the Eastman School of Music, a Festival partner since 1995.