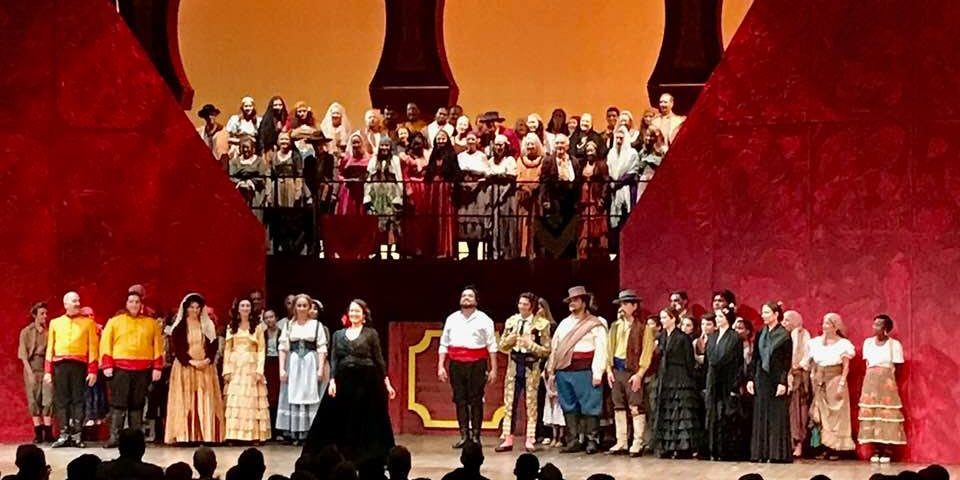 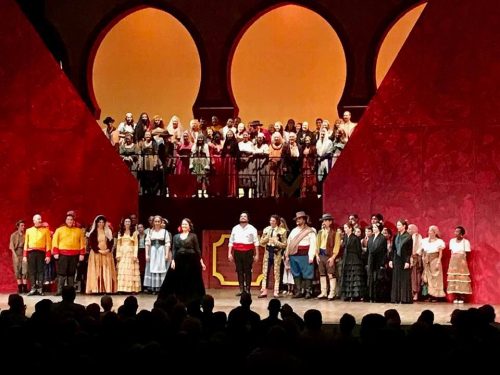 The Naples Opera production of Carmen, for which Ian Silverman served as associate stage director.

Fresh from his directorial debut with Opera Naples working as an associate stage director on Bizet’s Carmen, Eastman Opera Theatre’s directing student, Ian Silverman, shares his thoughts on everything opera, including his upcoming production with Eastman Opera Theatre, Signor Deluso, on Sunday May 5, 2019 in Annex 804.

Q: What do you think is the role of the director in opera?

A: The director’s role is to tell stories in ways that will resonate with modern audiences. This does not always mean updating productions, but instead finding ways to make each production relevant to the world today. Directors create stage pictures that help to tell these stories in a clear way.

Q: What do you find unique about working on contemporary works, as opposed to traditional works in the opera canon?

A: The best thing about working on contemporary operas is the collaboration with the composer and librettist. Having the chance to interact with the people who created the piece allows for a deeper understanding of the music. Personally, it is important to support new work because that is how our art form will continue to develop and grow. We need a healthy balance of both standard repertoire and new work to have a fulfilling landscape of opera in the United States.

Q: What have you learned about singers in your work as a director?

A: I love working with singers, particularly opera singers – what they do is superhuman. During the rehearsal process for Carmen at Opera Naples this past month, I got emotional listening to our Micaela sing her act three aria. Even though she was just marking, the power, beauty, and colors in her voice blew me away. You could feel the sound pulsing through your veins. I am so lucky to do what I do and get to work with singers everyday. What I have learned through my various experiences is that everyone is human. Even the most talented performers struggle with “imposter syndrome,” lack of confidence and nerves. It is my job as a director to help build singers up and make them ready to face whatever challenges come their way. Whether working with professional singers, young artists, or students, fundamentally, all singers want the same things from their director.

Q: What was your first experience with opera?

A: My first experience with opera was fairly late in the game. I have always been a musical theater nerd but the first time I discovered classical music was in high school for the annual NYSMMA competition. I loved the challenge of classical music. In fact, my first time at Eastman was when I sang in Kodak Theater for All-State. The first opera I saw was freshman year in undergrad, a Met Live in HD Broadcast of Tosca starring Patricia Racette. But since then I have seen over 50 different operas.

Q: By what process did you get involved with directing opera?

A: I always thought that I would transition to directing after my singing career, like my mentors Jeffrey Buchman and Dean Anthony. But, in my junior year of undergrad I started to experiment more with directing and fell in love. I was fortunate to receive a lot of experience very quickly. Since that time I have worked with five Young Artist Programs, and have been the assistant director on over 20 productions. Now, I am starting to make the transition into directing my own productions.

Q: How would you describe your directing style? And has it changed at all since you’ve been a student at Eastman?

A: I would describe my directing style as character and movement focused. Movement is a big part of how I work, making sure that young singers learn the mechanics to look good on stage. My goal is to always build singers up because I know how hard it is to do what they do. I work to create a safe and vibrant rehearsal environment to encourage the performers to take risks. I mix this movement based work with more emotional acting work through Stanislavski’s system. I don’t think my style has changed as much as become more defined as I have been at Eastman. 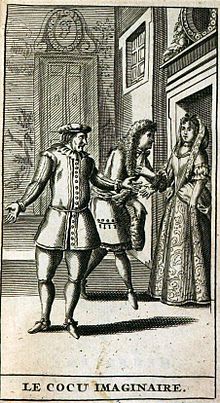 Q: What should people know about Signor Deluso?

A: Signor Deluso is a one-act comic opera by Thomas Pasatieri. It premiered in 1974 at Wolf Trap. It is written in the style of a classical-era opera buffa. The opera is based on Moliere’s Sganarelle. It takes place in a small town outside of Paris. The plot deals with a web of misunderstandings that spiral out of control. At the end, Signor Deluso reminds the audience to think through things before they jump to conclusions, advice our society urgently needs.

Q: Is there a specific reason you chose this piece?

A: One of the main reasons we chose this piece is that it is a true ensemble cast. There are six roles and each of the performers is an important part of the story. The show is short and fun. I was also looking for something that would be performed in period as this is something I don’t have a lot of experience in. I am always looking to push myself and grow as a director.

Q: What is your dream show that you would love to direct one day?

A: My two favorite composers are Massenet and Puccini. I would love to direct a production of Thaïs, because it has such glorious music and powerful story revolving around faith and love. I eagerly await the day to direct my first Boheme, Gianni Schicchi, or Tosca, as these works are close to my heart.

Q: What is your favorite part about the directing program at Eastman?

A: My favorite part of the directing program at Eastman is having two incredible mentors to work with, Professor Steven Daigle and Professor Stephen Carr. They each have their own style and experiences. Getting to work with the both of them has been invaluable in shaping my own directing style.

The Eastman Opera Theatre Scenes and Chamber Opera Performances run from Saturday May 4-Sunday May 5, 2019 in Annex 804. On Saturday at 7:30 p.m., students will perform Ravel’s L’enfant et les sortilèges, directed by Professor Steven Daigle. This opera will be presented in French, and follows the story of a naughty little boy who is punished for his behaviour when all the items in his room come to life! On Sunday at 2:00 p.m., performances will include Silverman’s production of Signor Deluso, presented in English, as well a a variety of opera scenes from Britten’s Midsummer Night’s Dream, Mozart’s Die Zauberflöte, and Delibes’ Lakme. This performance is free and open to the public.