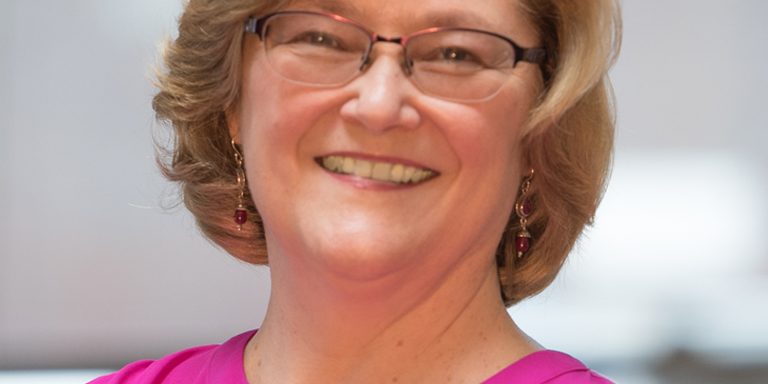 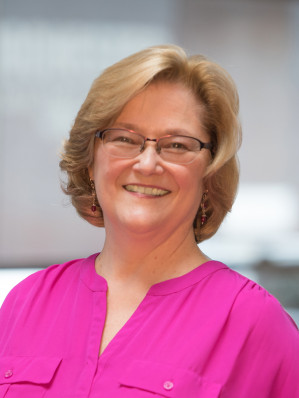 Highly accomplished researcher and music theorist Elizabeth (Betsy) West Marvin, ’81E (MA), ’89E (PhD) has been named the inaugural recipient of the Minehan Family Professorship at the University of Rochester’s Eastman School of Music.  Announced at Eastman’s 2019 Commencement ceremony, this endowed professorship, part of a five-million-dollar commitment to Eastman, was created by Cathy E. Minehan ’68, a UR graduate, former clarinet student in the Community Education Division (CED) of Eastman, and current University Trustee.

“Since its founding in 1921, Eastman has been an invaluable treasure to the University, the city of Rochester, and the world,” says Richard Feldman, University President. “We are incredibly fortunate to have a friend like Cathy who believes in Eastman’s prominence and wants to ensure its reputation for excellence today and for generations to come.  Endowed professorships are exceedingly important in recruiting and retaining our most valuable asset—our faculty.  We are thrilled that Professor Betsy Marvin, a world-class member of our faculty, will hold the first appointment to this esteemed professorship.”

“We are deeply grateful for the Minehan family’s generosity and Cathy Minehan’s leadership in establishing this professorship at Eastman,” says Jamal Rossi, the Joan and Martin Messinger Dean of the Eastman School of Music.  “Professor Betsy Marvin’s accomplishments as a music theorist, and her pioneering leadership in the field of music cognition, pale only in comparison to her countless contributions to the Eastman and University community.”

“Eastman’s faculty and students showcase the very best that music offers our society, and all that it inspires,” states Cathy Minehan. “Betsy Marvin’s work is such a strong bridge between Eastman and the River Campus, given her work in music cognition and her joint appointment with the Department of Brain and Cognitive Sciences in the School of Arts and Sciences. I am honored to have Betsy be named the inaugural Minehan Family Professor.”

Marvin herself shares, “I am pleased and honored to be named the inaugural Minehan Family Professor.  You never know where a degree in music will take you! Because Eastman is part of a top research university, my music degree and later my faculty appointment allowed me to combine a knowledge of music with a research interest in the cognitive sciences.  I know that this combination particularly appealed to the Minehan Family, and I’m grateful that Eastman has become a place where music-cognition studies can flourish.”

Professor of Music Theory at the Eastman School of Music of the University of Rochester; Elizabeth (Betsy) Marvin holds a secondary appointment in the Department of Brain and Cognitive Sciences in Arts, Sciences, and Engineering. Marvin’s research focuses on music cognition, including the study of cognitive differences among musicians, non-musicians, and absolute-pitch listeners; pedagogical implications of music-cognitive research; comparisons between language and music processing; and, more recently, music and medicine. In 2016, she served as musician consultant during awake brain surgery for a professional musician—in a research collaboration with Bradford Z. Mahon, Ph.D. and Webster H. Pilcher, M.D., Ph.D. of the University of Rochester Medical Center—which was covered by NPR and other national news outlets.

Professor Marvin is a past President of the national Society for Music Theory and the Music Theory Society of New York State; she is a former Chair of the Music Theory Department and former Dean of Academic Affairs at Eastman. In 2013, Professor Marvin was awarded the Gail Boyd de Stwolinski Prize for Lifetime Achievement in Music Theory Teaching and Scholarship. In 2018, she was awarded Eastman’s first Diversity Award for her efforts on behalf of diversity at the Eastman School and in the discipline of music theory at large.