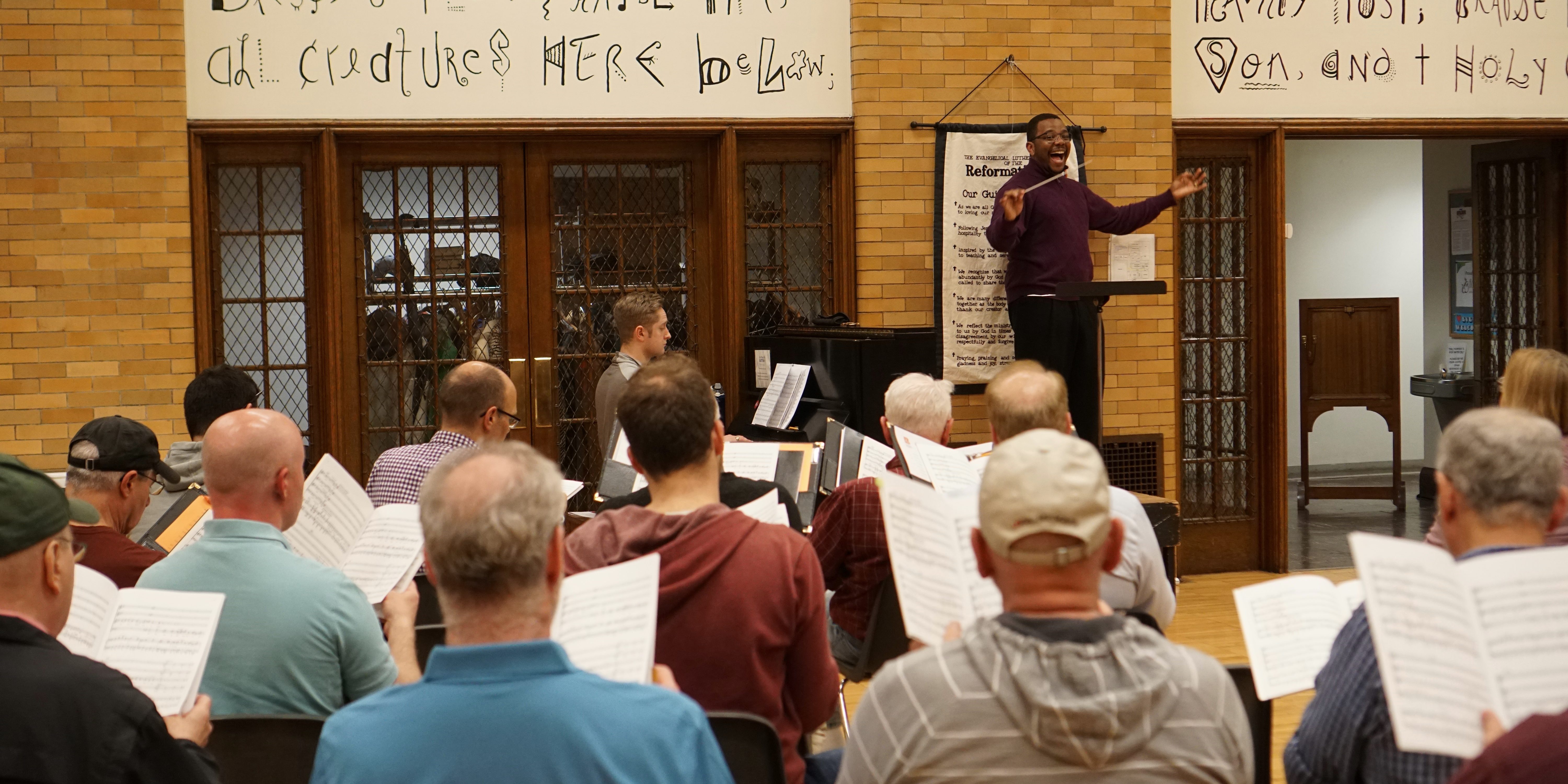 This coming Friday, the Eastman Rochester Chorus will present its final concert of the season with the Eastman School Symphony Orchestra, featuring a unique program consisting of Bernstein’s Symphony No. 1, Jeremiah, along with the Chichester Psalms, conducted by Rayvon T.J. Moore. In the second half of the concert, Liszt’s Missa Solemnis will be conducted by Dr. William Weinert. This concert also features Kyrsten Chambers Jones as the mezzo-soprano soloist in the Jeremiah Symphony, as well as Amar Cintron, boy soprano, Dannielle Wolfe, soprano, Veronica Siebert, mezzo-soprano, Okawa Tan, Tenor, and Nathaniel Malkow, bass in the Chichester Psalms. The Liszt Missa Solemnis features Gwen Paker, soprano, Veena Akama-Makia, mezzo-soprano, James Henry Benson, tenor, and Patrick Graham, baritone. 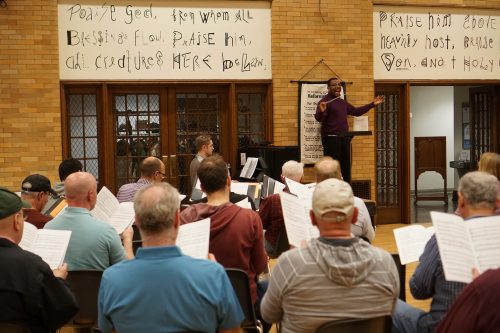 Moore decided on the programming of his half of the concert with the centennial celebration of Leonard Bernstein in mind. As a second year DMA Conducting student, this is also Moore’s opportunity to work with the incredible Eastman School Symphony Orchestra. According to Moore, Bernstein’s first symphony showcases the ESSO in a brilliant light, but it also pairs perfectly with the Chichester Psalms due to its religious nature, and use of sacred Hebrew texts. Both of these pieces reflect Bernstein’s deep faith in Judaism. With Hebrew text, set to popular music for a performance in an Anglican cathedral, Chichester Psalms highlights the composer’s ability to cross barriers and create universalities within his music. Moore notes that Bernstein was a humanitarian, a multiculturalist, who had a great love and desire to reach all people through music.

“I would like for the audience to be able to hear the motivic connection between the  Jeremiah Symphony and Chichester Psalms,” says Moore. “They both use certain motives that are popular in the Jewish tradition. For example the interval of a fourth followed by a descending second or ascending seventh. You can hear it in the choral fanfare at the beginning of Chichester Psalms and also the second movement of Jeremiah, where Bernstein creates a scherzo based on that motive.”

Bernstein’s Chichester Psalms also features a boy soprano role, which will be sung by Aram Cintron. Cintron is a young singer from the local Bach Children’s Chorus of Rochester, directed by Karla Krogstad. As this is Rayvon’s first time working with a boy soprano, he expressed much gratitude to his colleague Connor Doran, who is also an MM conducting student at Eastman. Doran, who has experience both as a former boy soprano himself, and as a coach to young singers, also helped to prepare Cintron.

When asked to describe his favorite part of the concert, Rayvon encouraged listeners to listen for a special moment in the second movement of the Chichester Psalms. “Bernstein juxtaposes two themes that represent faith and fear; creating the climactic point of the entire work,” says Moore. “As the sopranos and altos sing the text of Psalm 23: ‘Thou preparest a table before me in the presence of mine enemies,’ you hear the muttering and raging of those enemies in the tenors and basses, as well as in the orchestra. It’s incredibly vivid”

While Bernstein’s music creates an interesting challenge for even the most advanced choristers, audiences can also expect to hear popular music idioms, especially in the Chichester Psalms. When the piece was first commissioned in 1963, Bernstein received a letter from the Very Reverend Walter Hussey, Dean of the Cathedral of Chichester in Sussex, asking if the piece could have “a hint of West Side Story about the music.” 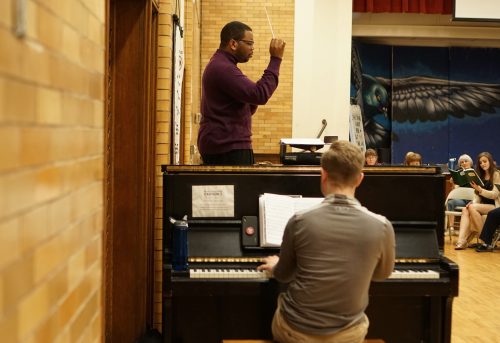 Rayvon and ERC in rehearsal

This concert also features a somewhat under-performed and obscure Missa Solemnis by Franz Liszt. This second half of the concert will be conducted by Dr. Weinert, who came across this piece while looking for new repertoire while on sabbatical leave a couple of years ago. Liszt wrote a fair amount of rarely programmed sacred choral repertoire, and so when Dr. Weinert discovered how this piece would fit with the resources here at Eastman, he decided to program something a bit off the beaten path for the final ERC Concert.

This mass setting would have been considered very contemporary at the time, and is often referred to as more operatic in style. While it’s not the first piece to do so, it also follows a cyclic form of composition that many composers were utilizing in the mid 1800s. Audiences should pay special attention to the ‘Agnus Dei,’ where motives from all the previous movements come back in the grand finale of this mass setting.

When speaking about how these three works came together, Dr. Weinert notes that, “Both Liszt and Bernstein were possibly the two most famous classical musicians in their respective centuries, and they were both incredibly versatile. They both wrote about music, and both had this drive to connect what they were doing musically to social issues.”

Don’t miss out on your opportunity to hear this unique and highly relevant program. The concert will take place on Friday, May 3 at 7:30 p.m. in Kodak Hall at Eastman Theatre. While admission is free, this performance is a part of a series of two concerts to benefit the organ restoration at Notre Dame Cathedral in Paris. Donations for this cause would be greatly appreciated. Donations for the Notre Dame organ restoration fund will also be collected at “Concert for Le Grand Orgue de Notre Dame” on Sunday, May 5, 2019 at 7:00 p.m., at Third Presbyterian Church.