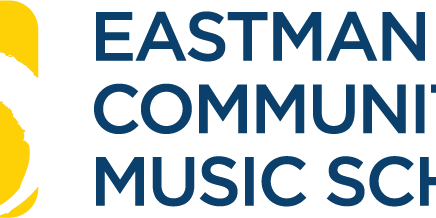 Eastman Community Music School (ECMS) is pleased to announce that it will, for the first time, host its own stage at the annual Fairport Canal Days (FCD) Festival on Saturday, June 1 and Sunday, June 2.

The Eastman Community Music School has been an integral part of the Eastman School of Music, University of Rochester, and the Rochester community, since its opening in 1921.  Fairport Canal Days is in its 43rd year and is one of the area’s largest and most respected festivals.

FCD’s Music Director Tim Forster and ECMS Associate Dean and Director Petar Kodzas have worked on the details of this collaboration over the past 6 months.  “We think that Fairport Canal Days is arguably the most community-oriented festival in New York state, so having one of the oldest and most prestigious community music schools in the country joining with us is a big deal,” states Forster.  He adds that music has become a much larger part of the festival in recent years, with over 70 different groups performing this year, on 5 stages, throughout the duration of the festival.  20 of those groups will be from ECMS, performing mainly classical and jazz.  Adds Forster, “I think festival goers will be impressed with the extraordinary quality and diversity of these student groups.  They really are keeping George Eastman’s original vision of music in the community alive.” With the exception of Saturday night, all performances are free and open to the public.

Kodzas sees this as a remote Open House for ECMS. “We at the Eastman Community Music School are very proud of our facility at the Eastman School of Music’s iconic downtown location, but as we continue our mission to involve more people in music, we want to bring our love of music into the surrounding communities.  Fairport Canal Days, as a family-friendly and arts-oriented event, is a perfect venue to share our work! We hope to enrich experiences for festival-goers with our performances and an instrument petting zoo; creating a unique opportunity for kids and their parents to hear a broad range of instruments and ensembles, and then to actually try an instrument themselves. Come visit us at the north end of the Main street, near KidZone!”

The Eastman Community Music School (ECMS) provides opportunities for community members to learn, discuss, and celebrate music. As one of Eastman’s primary connections to the greater Rochester community since 1921, the school offers music lessons, ensembles, classes, and workshops to student of all ages and backgrounds. ECMS serves an average of 1,600 students per year ranging in age from 4 months to over 90 years old. From pre-school and early childhood programs, to college prep and diploma programs, to adult ensembles and classes, ECMS nurtures and inspires students at all levels.

Now in its 43rd year, Fairport Canal Days is one of the largest community festivals of its kind in New York State. The all-volunteer, non-profit festival takes place the first weekend of June each year on and around the banks of the Erie Canal in Fairport, New York, one of the New York State Canal System’s premier canal towns. This year’s festival will feature over 200 artisans, 70 music groups, and 50 food vendors.