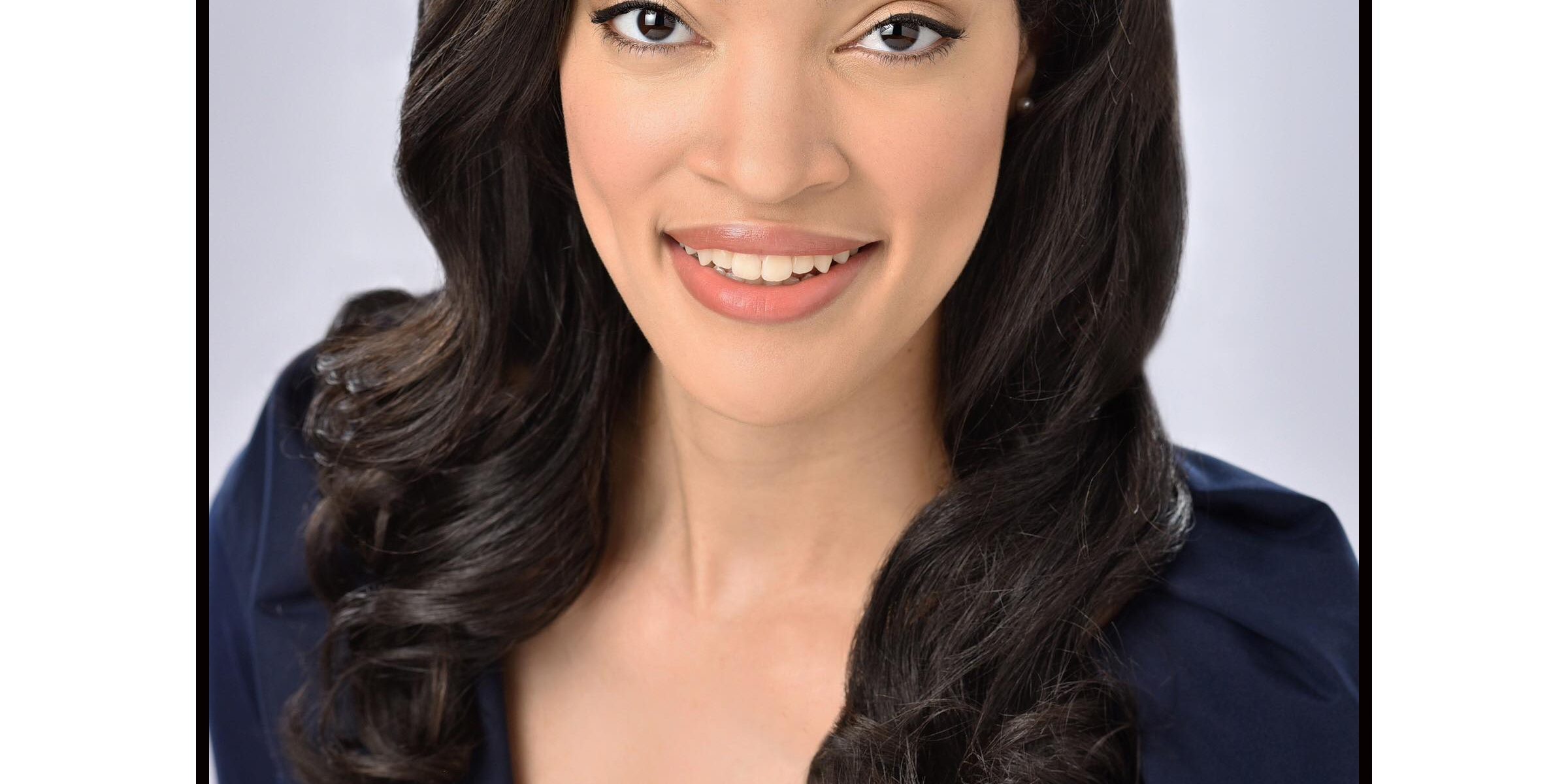 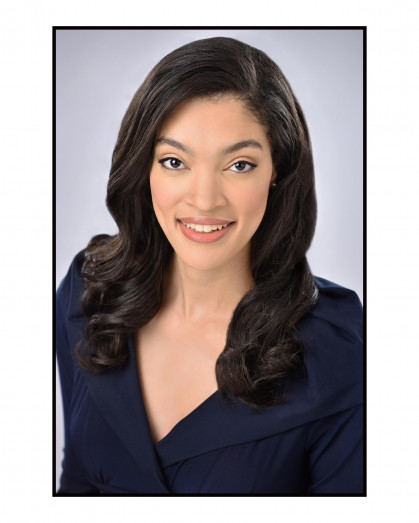 The Links Scholarship, a collaborative effort between the Rochester, New York Chapter of The Links, Incorporated, and the Eastman School of Music, recognizes the extraordinary talent and academic achievement of an African-American scholar musician. The 2019 recipient is a third-year student and mezzo-soprano, Alexis Peart.

Students are nominated for the Links Scholarship by members of the Eastman faculty, and are typically unaware of this process while it is underway. Alexis admits that she was familiar with the Scholarship, stating, “it was always an honor that I dreamed of having, but since there was never an official application process I wasn’t really sure how it would even happen.”

Therefore she was quite surprised when she discovered that she was the 2019 Links Scholar. She recalls the experience saying, “I was in opera rehearsal when I received an ominous email from Dean Hain asking me to meet with him immediately. I went to his office that afternoon and was escorted into Dean Fox’s office, where the two of them informed me that I had been chosen as the 2019 Links Scholar. I was ecstatic, shocked, and incredibly humbled. To have the opportunity to follow in the footsteps of so many African-American musical colleagues and to form an amazing connection with the Links organization has been such an honor and an incredible opportunity.”

Music has always been a part of Alexis’s life, from a very young age. Growing up, she was enrolled in early childhood music classes at the Westminster Conservatory in Princeton, New Jersey, and played just about every instrument before learning that singing was what she wanted to do. Alexis began taking voice lessons and throughout high school she “felt really at home singing.”

As a recipient of the Links Scholarship, Alexis has been given the opportunity to perform a full solo recital at the scholarship award event. “When crafting my recital, I spent a lot of time thinking about what I wanted the audience to take away from my program. For many audience members this may be the first operatic experience they have had, so I wanted to find a way to survey repertoire spanning a large time period that represents a variety of composers, genres, and styles of singing.”

The program will include works by Brahms, Strozzi, Berg, Strauss, Mahler, and Poulenc. “To conclude the program, I offer a set of three spirituals that I hold very close to my heart: Deep River, Swing Low Sweet Chariot, and How Great Thou Art. These three songs, woven together to create one musical experience, take the audience on an emotional and spiritual journey which I have called Home to Jordan. Each piece highlights Jordan and the experience of going home, bringing the end of the recital back to a familiar place.”

After her recital Alexis will be performing in Ravel’s L’enfant et les sortilèges with the Eastman Opera Theater in May, and preparing the title role in Handel’s Giulio Cesare for the Chicago Summer Opera in August. She will then return to Rochester to complete her final year at Eastman and begin the process of auditioning for Master’s programs in opera performance.

The Links Scholarship Concert will take place on Sunday, April 28, at 3 p.m. in Kilbourn Hall at the Eastman School of Music. The performance is free and open to the public, and will be followed by a reception in the Cominsky Promenade.

The Links Inc. is an international organization that recognizes African-American women committed to educational, cultural, and civic activities on issues of human rights and justice. For more information on the Links, Incorporated, and on the Links Scholarships, go to https://linksinc.org/. 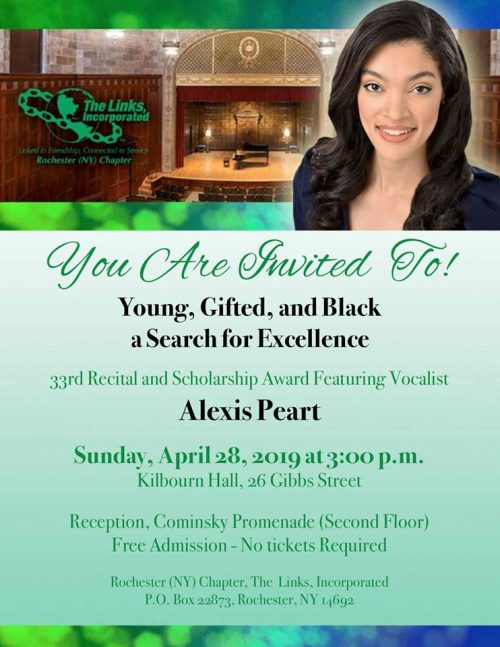