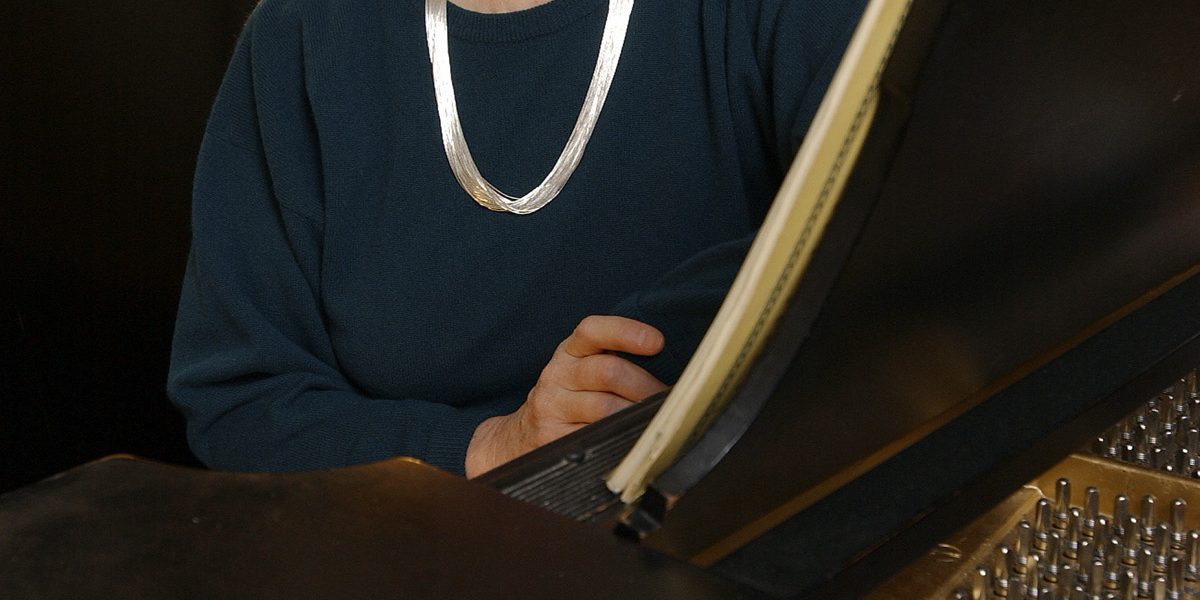 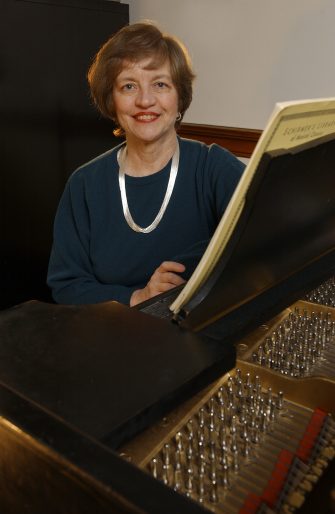 Dr. Jean M. Barr, Professor of Accompanying and Chamber Music and the Director of the Piano Accompanying and Chamber Music Degree Program at Eastman School of Music is retiring at the end of the 2018-19 school year. Eastman is proud to present an alumni concert, organized by alumni and friends, in her honor on May 8, 2019, at 7:00 p.m. in Kilbourn Hall at the Eastman School of Music. This event is for the entire Eastman community at large. The program will feature former students and esteemed alumni of the graduate programs in Piano Accompanying and Chamber Music (several coming from out of state and even out of the country), as well as individuals paying tribute to Jean for her contributions to the Eastman School and the collaborative piano profession.

Eastman Assistant Professor of Chamber Music, and Summer@Eastman Director, Sylvie Beaudette (DMA ’93) says, “Zachary Peterson (MM ’16) and I are very honored to organize this special event for our dear mentor and friend. We have been overwhelmed by the enthusiastic responses from not only Piano Accompanying alumni but also from Eastman vocalists and instrumentalists who had the fortune to work with her in lessons, repertoire classes, and masterclasses. It is a true testimony to the impact that she’s had on people’s lives that so many are coming back to Rochester in May or wanting to contribute to the celebration in some way. We will celebrate her illustrious career, her many contributions to the Eastman School of Music and beyond, but also her many gifts to each of us, musical and personal.”

Dr. Jean M. Barr studied at the University of Southern California with Gwendolyn Koldofsky and at Northwestern University with Gui Mombaerts. The first keyboard artist in the United States to be awarded a doctoral degree in accompanying, at the outset of her career she was accompanist for the master classes of Jascha Heifetz, Gregor Piatigorsky, William Primrose and Martial Singher. Prior to joining the Eastman faculty to establish graduate degrees in Piano Accompanying and Chamber Music, Jean Barr taught at the University of Southern California, the University of Texas at Austin, Arizona State University and, in the summers, at the Music Academy of the West in Santa Barbara, California.  She also was on the summer faculty of the International Workshops for many years.

Considered by many to be a pioneer in her field, Jean Barr has sought to engender a broad appreciation of the collaborative arts. In recent years she organized significant chamber music concerts for the National Conference on Piano Pedagogy and subsequently for national conventions of the Music Teachers National Association. She also was the first chair of MTNA’s Collaborative Performance Advisory Committee. Most recently, the National Conference on Keyboard Pedagogy created a Committee on Collaborative Performance, chaired by Dr. Barr.

In 1994 Jean Barr received the Eastman School of Music’s prestigious Eisenhart Award for Excellence in Teaching. She was the recipient of the University of Rochester’s Susan B. Anthony Lifetime Achievement Award in 2004. Her most recent honor is the Music Teachers National Association 2008 Achievement Award.

“Dr. Jean Barr has been central to my development and progression as a working adult and human,” says Helen Hou (MM ‘08), Director of Open Source Initiatives at 10up and Lead Developer for WordPress, San José, Costa Rica. “Even being in technology is thanks to her taking a good hard look at me and encouraging me to use the professional skills I honed through our rigorous master’s program to pursue a career outside of music. Being able to come together with beloved studio-mates to celebrate her is a privilege for me, in no small part enabled by my post-Eastman path, and I’m honored to be able to perform for her again along with my husband (Adrián Sandí, clarinetist, DMA ‘12), who credits lessons with her during his visits for his own path through Eastman and beyond.”

This concert is free and open to the public and will be available via live stream here: https://www.esm.rochester.edu/live/kilbourn/.