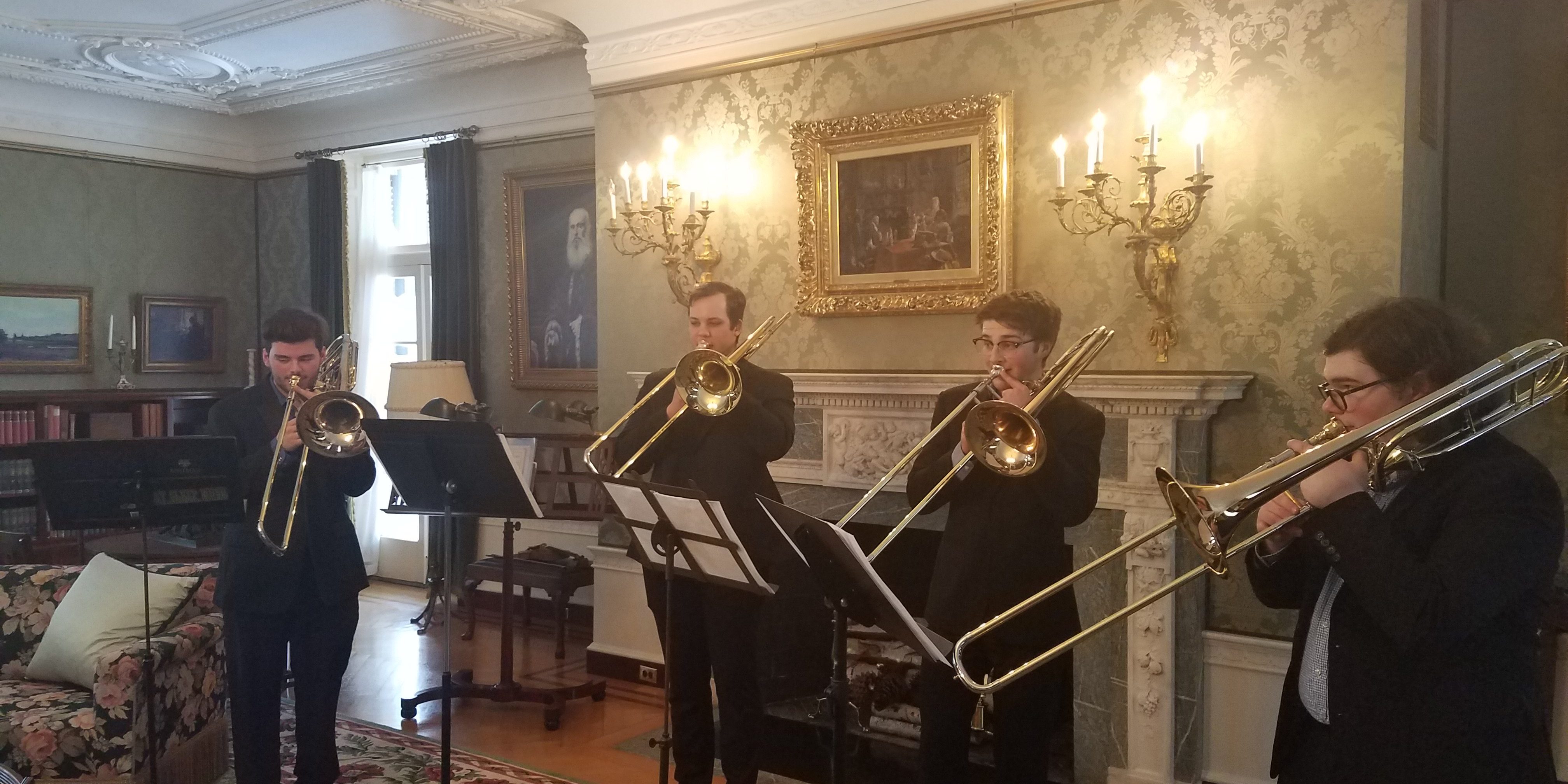 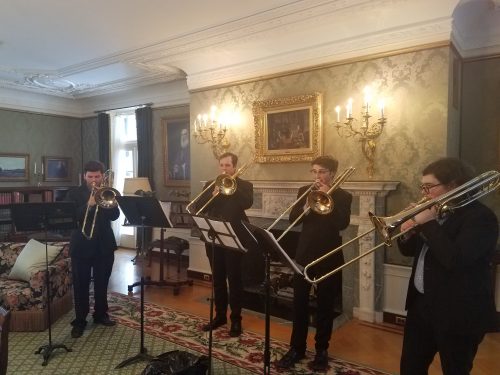 For many years, George Eastman’s lavish East Avenue mansion has been a world-renowned museum for film and photography that attracts thousands annually. Eastman, the great industrialist whose love of music and of the Rochester community eventually resulted in the creation of the Eastman School of Music, also enjoyed and promoted music at a more intimate level. He was famous for hosting Sunday afternoon musicales – performances not only on the famous organ on the first floor of his home, but also chamber music for tiny but lucky audiences of friends.

Their spirit continues with the “Performance Plus” series, which has brought Eastman students to the museum to perform on the third Sunday afternoon each month since 2013.

“There has been an unbroken continuity for these concerts,” says Michael Alan Anderson, an Eastman associate professor of musicology who coordinates this showcase for Eastman musicians and scholars. The “performance” comes from Eastman students; the “plus” is provided by musicology graduate students, who host each concert and are charged with preparing brief commentary on the repertoire performed.

In 2012, Kathy Connor, the Museum’s Curator of the Eastman Legacy, contacted Anderson about finding performers for the Sunday afternoon performances. After helping out for a couple of months, Anderson had the idea for something “mutually beneficial” – brief Sunday concerts including not only Eastman performers but Eastman musicology students acting as hosts.

“We provide not just great performances, but add to your understanding of the music by telling about its historical context,” says Anderson, a noted scholar and conductor of medieval music. This is known as “public musicology”, in which students have the opportunity to research music and present it in terms the general audience can understand.

“Our musicology students have wide-ranging interests,” says Anderson, “and this is good for them. They enjoy being handed an assignment like this, taking any kind of music from jazz to Debussy and explaining it in five or ten minutes of commentary.”

Most concerts are held in George Eastman’s living room, a large comfortable room with plenty of seating – and, even more to the point, a piano. Performances are informal – you can come and go – and are free with Museum admission.

“They’re low-stakes public performances,” says Anderson, “and unlike many of their performances in their studios, they’re not really under pressure.” But while the performances may be low-pressure, Anderson insists that “Performance Plus” fits perfectly into Eastman’s mission of bringing its students’ scholarship and performance skills to the Rochester community: “In fact, I think that very seldom do we offer these things coming together as they do here.”

The schedule for the reminder of the year is: 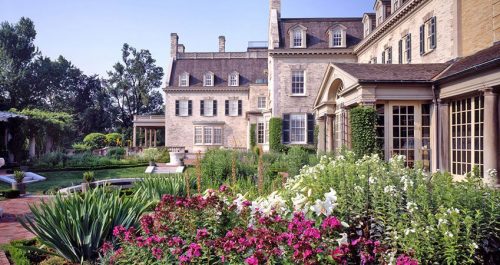